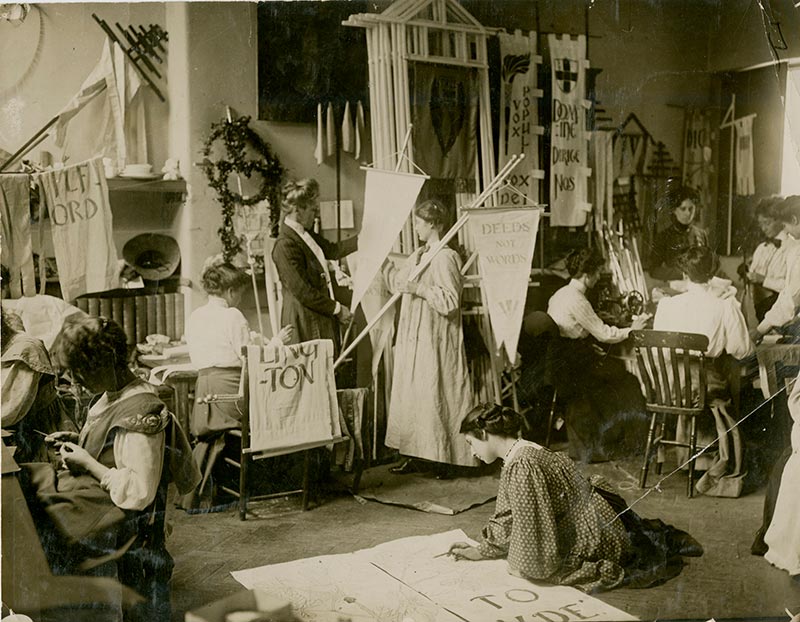 Women and girls – including those who identify as women and non-binary individuals – are invited to register at www.processions.co.uk to take part in this once-in-a-lifetime living artwork which will celebrate a historic moment for gender equality and create a dramatic portrait of women in the 21st century. On 10th June 2018, participants in Cardiff will walk together in their tens of thousands. Given green, white or violet to wear, to represent the colours of the suffrage movement and standing for “Give Women Votes”, they will together appear as a vast river of colour flowing through the city streets. At the heart of PROCESSIONS Cardiff will be specially created banners, echoing those carried by suffrage campaigners.

Registration opens today, International Women’s Day (8th March), for PROCESSIONS, one of the UK’s largest ever mass participation artworks, which will take place simultaneously across the four UK capitals on Sunday 10th June 2018. PROCESSIONS is produced by Artichoke and commissioned by 14-18 NOW, the UK’s arts programme for the First World War centenary, and will mark one hundred years since the first British women won the right to vote.

In the months leading up to PROCESSIONS Cardiff, participants are invited to take part in a nationwide creative programme of banner-making workshops, or to create banners at home using a toolkit designed by contemporary banner-maker Clare Hunter which takes inspiration from a 1909 pamphlet by suffragette artist Mary Lowndes. 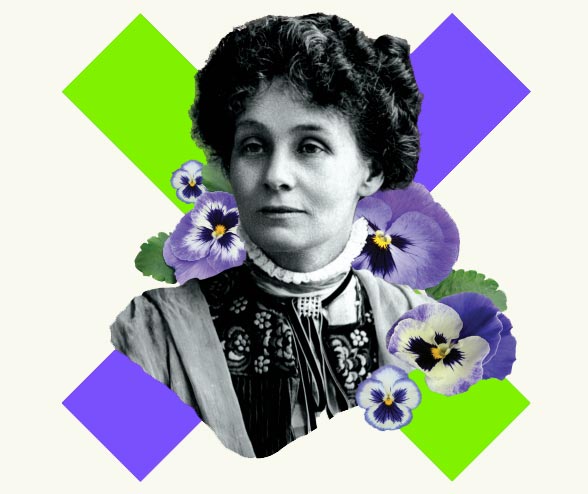 PROCESSIONS Cardiff forms part of this year’s Festival of Voice, the capital’s biennial international arts festival held at Wales Millenium Centre. The festival’s 2018 programme, featuring music, theatre and performance, puts women and song at the heart of its new commissions and encourages audiences to come together and raise their voices. Graeme Farrow, Artistic Director of the Wales Millennium Centre, comments: “We’re incredibly excited to be working with Artichoke on PROCESSIONS.This will be the first time they’ve brought one of their projects to Cardiff and we felt it was perfect timing to celebrate 100 years of suffrage during Festival of Voice and give the women of Wales an opportunity to come together, celebrate sisterhood and share their voices.”

100 Years 100 Banners
Artichoke have announced 100 organisations across the UK, including 10 Welsh organisations, who will be working with commissioned female, female-identifying and non-binary artists to create 100 unique banners for PROCESSIONS. Artists will facilitate workshops with a chosen community group or groups to create these expressive artworks, reflecting the hopes and concerns of women today. Participating artists include Rhiannon Williams, Jessica Ackerman and Melanie Miller.

100 Years 100 Banners  partners are spread across the breadth of Wales from Carmarthen to LLandudno and Cardiff. They encompass local and national charities and arts organisations, including well-known venues such as Aberystwyth Arts Centre, MOSTYN, Ruthin Craft Centre and Theatr Clwyd. The workshops aim to reach a diverse body of women stretching across all ages, backgrounds, beliefs, geographies and sexualities, with the resulting banners providing a snapshot of women’s experiences today. A number of organisations will be working with groups of women who continue to be disenfranchised in 2018, helping give a voice to women within the criminal justice system, victims of domestic abuse, homeless women, and women seeking refuge or asylum.

In Narberth, Span Arts is collaborating with Carmarthen-based artist Nia Lewis, whose work knits, fuses and embroiders textiles to reuse, recycle and extend their life.

Kathryn Lambert, Manager of Span Arts, comments: “Span Arts is thrilled to be part of the mass participation project PROCESSIONS in Cardiff along with thousands of other women and girls, following in the footsteps of the suffragettes, acknowledging how far we have come and the distance still to travel. Span Arts will be working with talented Welsh textile artist Nia Lewis and an inspiring group of women from Women’s Survivor Support Project (WSSP) in Carmarthen to explore what it means to be a woman in Wales today, capturing our vision in a collaborative banner and drawing on the powerful history of textiles in protest movements. We are proud to be a part of this amazing celebratory project.”

Madeinroath, a community arts festival that aims to take art out of the gallery and into the community, is working with artist Jessica Akerman. For PROCESSIONS Cardiff Akerman will be conducting banner-making workshops with a mixed group from the madeinroath community which includes members of The Roath Appreciators Society, pupils from two local secondary schools, members of a local quilting group, The Mackintosh Community Gardens and a feminist zine group. Pip Tudor, CREATE Coordinator, said: “madeinroath feel very honoured to be one of the 100 organisations chosen to create a banner for PROCESSIONS. This centenary celebration shows us how far we have come but also highlights the challenges we still face in order to create a truly equal society for future generations. June 10th is going to be an incredibly inspiring day full of hope for our future while we commemorate the actions of those from our past.”

Peak Cymru, based in the Black Mountains, is working with designer and makers Bettina Reeves and Seren Fenoulhet. They will engage disadvantaged young people aged 16 to 25 from Abergavenny to create a banner which will be used in PROCESSIONS Cardiff. Both Oriel Myrddin Gallery in Carmarthen and MOSTYN based in Llandudno, will be working with local community groups to bring together young women up to the age of 15 with older members of the local communities, to highlight the history of votes for women and to open up conversations and discussions on their varying experiences as women in the 21st century.

The project has been made possible with support from Arts Council Wales and Cardiff Council’s Cultural Projects Scheme. For more details visit www.procession.co.uk.