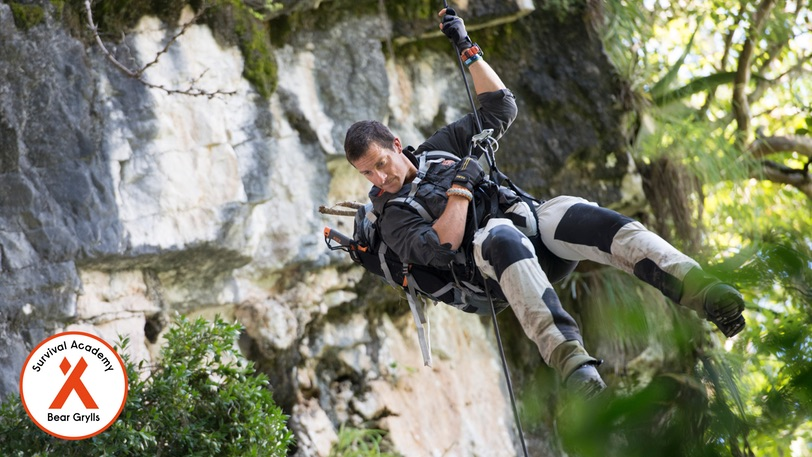 There are just eleven days left for Bear Grylls fans to enter a competition that would see the lucky winner and a friend offered the opportunity of a lifetime to help mark the 10th birthday of The Royal Navy and Royal Marines Charity.

International adventurer and survivalist Bear Grylls is offering fans the chance to grab a bite to eat around the campfire and ask for personal survival tips at an official Bear Grylls Survival Course in Wales later this year.

On the day competition winners will catch wild game and forage for food, learn core survival skills and sleep out under the stars in a shelter they have built themselves, before meeting the man himself.

Alongside the ultimate prize, competition entrants also have access to a unique collection of branded survival merchandise such as foldable flasks, t-shirts and signed books.

“We at the RNRMC are delighted to be able to offer two lucky winners such an incredible experience. Bear’s love of adventure has made him an internationally recognised role model and a fantastic ambassador for the Royal Navy where he holds honorary ranks, both as a Lieutenant Commander in the Royal Naval Reserve and a Lieutenant Colonel in the Royal Marines Reserve. The money raised will go towards supporting vital projects that ensure that our sailors, marines and their families and valued and supported for life.”

For a chance to win visit omaze.com/bear and donate a minimum of £10. Competition closes on Tuesday 23rd May.

This competition coincides with the Royal Navy and Royal Marines Charity’s ‘Tenner for our Tenth’ campaign, which is encouraging donations of £10 by text or online payment. Visit TennerForOurTenth.org.uk for more details.