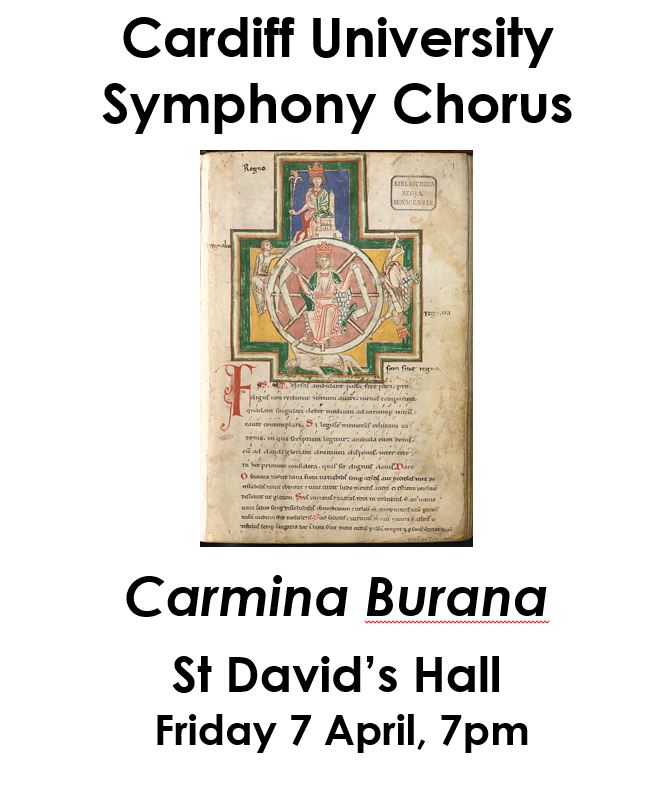 CARDIFF University Symphony Chorus celebrates the joy of Spring next Friday (7 April) at St David’s Hall with a powerful performance of Carmina Burana.

This breathtaking work was composed in 1936 by Carl Orff, who set music to 24 poems from the medieval collection, Carmina Burana. Orff’s composition quickly became popular and a staple piece of the classical music repertoire.

The opening and closing movement, O Fortuna has been used in many films and in 2009 topped a list of the most-played classical music of the previous 75 years in the UK.

Sharing the stage at this captivating concert will be pupils from Newport’s John Frost School.