The Cardiff-based fashion brand has reached its first ‘purchase with purpose’ milestone and has this month helped fund for 14-year-old Irma’s full-time education for the next year. From January 2018, Irma is now enrolled in a school close to her home in a small village in rural Guatemala, not far from the city of Sololá where she’ll be studying her own local dialect, Kakchiquel, English, Spanish, Maths, Civics, PE, Art among a few others.

Putting people before profit, Maykher is committed to getting more girls into education and donates 10% of its annual profits to the schooling of young women and girls in less fortunate countries.

Currently, 2 million children in Guatemala do not attend school, with the majority of these children being indigenous young girls living in rural areas. Statistics show that this is one of the country’s most disadvantaged group with limited schooling available due to lack of funds, marriage at a young age, consistent pregnancy and extreme poverty. This is why companies such as Maykher can prove so crucial and have the ability to make an impact on these figures.

Speaking of the achievement, Maykher’s co-founder, Heidi-Louise Griffiths said: “Being able to fund Irma’s education is a massive achievement for us and we couldn’t have done it without the support of the individuals choosing to purchase our products.

“We truly believe that educating girls can be a solution to ending poverty which is why we are so dedicated to investing into the education of young girls and women in poor countries.

“We are passionate about ethical and ‘slow’ fashion, working with people (makers) rather than machines, offering ethical employment opportunities and fair wages to harness the talent of women in the developing world. We hope that through our sustainable and ethical fashion choices, we’ll be able to fund the entrance of more young students into education whilst also championing women working in impoverished areas.”

In poor countries, tuition fees, textbooks, uniforms and all other supplies associated with schooling can be seen as a drain on a poor family’s income which unfortunately results in high dropout rates, especially for young girls. However, by directly funding education, Maykher hopes to reduce dropout rates and gradually end poverty through education.

Maykher was established in 2017 by Heidi-Louise Griffiths and Jon Dawkins thanks to their belief in equality and equal opportunities for all humankind. There are currently approximately 130 million girls worldwide out of education often simply due to their gender. But Maykher is focused on creating a sustainable solution to address this issue, one girl at a time. 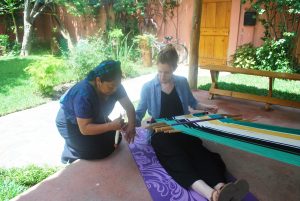 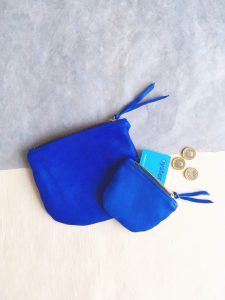 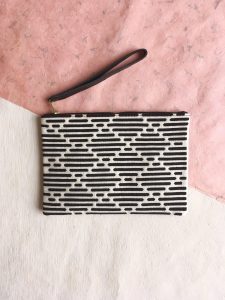