Show Will Provide Income for Heritage Artists Affected By Lockdown 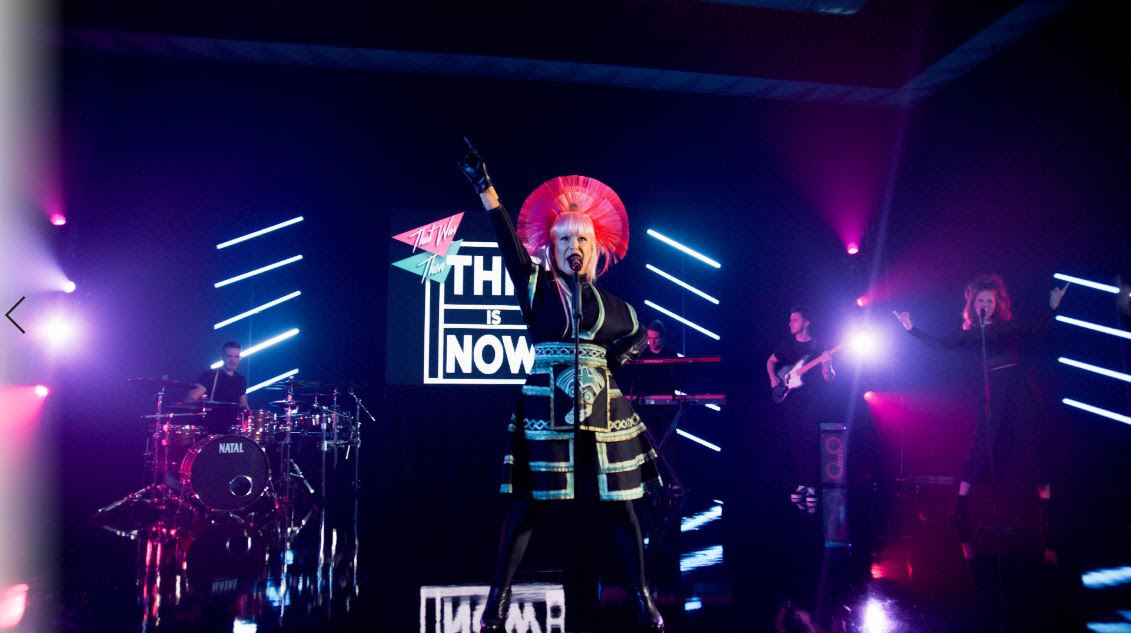 Some of the biggest British popstars of the 80s will take part in a brand new online weekly  series, featuring performances and interviews, with an innovative business model that helps touring artists affected by the current lack of live shows generate income.

That Was Then… This Is Now! will arrive next month in a pay per view format hosted Online, allowing for artists to share equally in the revenue. For full details on the broadcast visit www.thisisnow.tv.

The series, consisting of 5 editions, will be broadcast live at 7pm on Thursday evenings (a nod to the classic Top Of The Pops timeslot), and deliver a modern twist on the quintessential living room comfort watch of popular music television that has been missing from screens for generations.

Each episode of the series will feature multi-artist line-ups consisting of brand new and exclusive live studio performances shot in the highest 5k resolution, with presenters Mike Read and Sky TV’s Hayley Palmer, as well as interviews.

That Was Then… This Is Now! was produced independently by Mike Stock, who is best known for his work in the incredible hit-making team Stock, Aitken and Waterman in the 80’s and 90’s.

Alongside hosting the series, Mike Read joins Mike Stock in an executive role in the show’s creation. Having been a broadcaster since 1976, best known for being a DJ with BBC Radio 1, and television host for music chart series Top of the Pops, children’s show Saturday Superstore, and music panel game Pop Quiz.

On creating the show in order to support artists who rely every year on touring, Mike Stock said:

“ These artists are still making great music and we wish to showcase their classic hits alongside their still exciting new material.

These are Heritage acts who have been largely ignored by the Government and have been cut off from any income this year. We hope to provide some financial assistance as well as giving audiences something of real high quality to enjoy.”

The first series of the show will feature artists such as Paul Young, Kim & Marty Wilde, Toyah, Steve Harley, Chesney Hawkes, The Fizz and many more.

On the creation of the show, Mike Read said:

“ That Was Then…This Is Now. Putting great heritage singers, musicians and songwriters back in the spotlight through their classic hits and great new music.”

On being a part of the show, Kim Wilde said:

“Stepping onto the set of ‘This is Now’ with Mike Stock and Mike Read felt simultaneously like taking a step back in time,  and taking the first exciting step forward to the next chapter in Pop .

The Pop loving public have been waiting for a show like this for a very long time, I’m so proud to be a part of its inception!”

“It was such a pleasure to be able to show both the old & the new; music never dies, it evolves.”

“ I was actually quite emotional walking onto the TWTTIN set, it felt like an actual gig…You remember those right? Tales of yonder when we all used to gather and watch real people play live music from a thing called a stage.

The show itself feels like a music time capsule reminiscent of TOTP back in the day. Thank you to the two Mikes for the opportunity of being involved in a project that feels special and authentic. I am genuinely excited to see all my contemporaries do their thing throughout the series”.