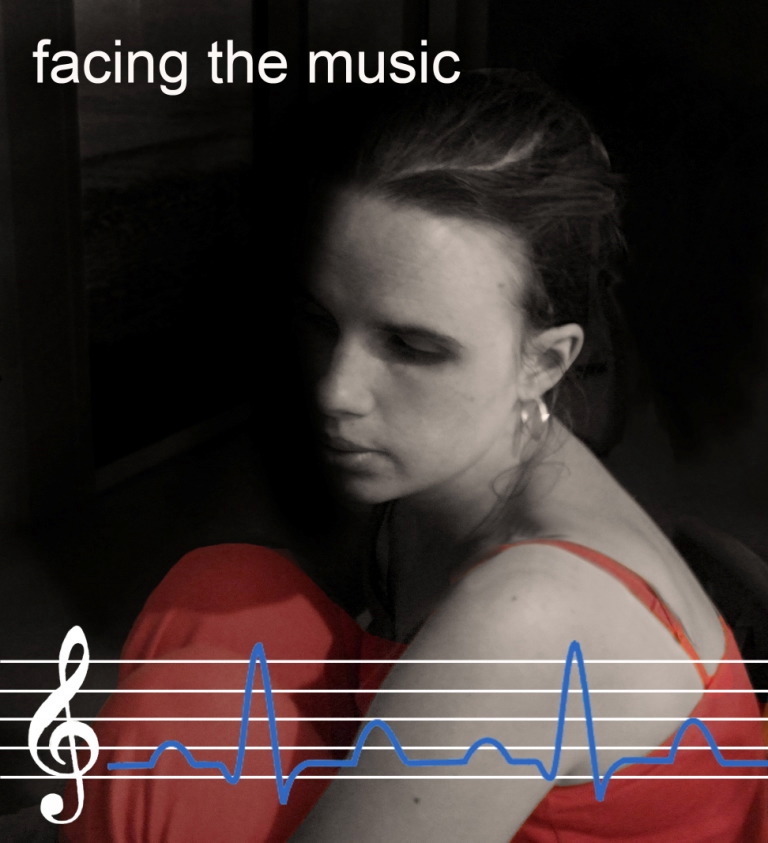 Facing The Music is a campaign I started after a recurrent and life-threatening brain-tumour took my peripheral-vision.
Ironically I began to see all too clearly the many ways you could be mistreated should you be considered “dis-abled.”

As I’ve argued in my online campaign, the current law on disability discrimination is a “chocolate teapot” – I’ve personally experienced how it can fail to protect people from harm in all sorts of situations.

And that’s how I came up with “Facing The Music’s” legal model, intended to address this lack of consequences. It’s based on the term that no-one decent really wants to use when describing anything people-related – the word “Normal” – ARGGH! Unfortunately, though, with that word safely out of the picture it’s meant that any Tom, Dick or Harry can get away with mistreating people with numerous types of impairments.

Not everyone supports my campaign – my dislike of the label “dis-abled” is often commented on while the many areas of mistreatments spoken of in the campaign are conveniently ignored. But it’s worth noting that personally I only noticed this negative description when people began mistreating me specifically because of it.

Some people also think that I – and anyone else who is similarly mistreated – should put up and shut up, because there is more important stuff going on at the moment. Other important stuff certainly! But when did immoral treatment of individuals who share a characteristic become unimportant?

Another “put up and shut up” excuse may be that as I don’t have any legal qualifications what do I know about legal models or legislation? My answer to that – “I at least know a bit more than those who thought our current disability-discrimination law works

The main thing that will help this campaign get justice for those who need it is the involvement of others. Please follow my blog (this will be weekly (Fridays) now, and send in your comments and your own disability-experiences. The powers-that-be need to see how big this problem is!

The thing that will most help this campaign to succeed is the involvement of others. Please let let me know your own similar experiences and, really importantly, share/ spread the word about “Facing The Music” so that others can get involved too!

I’ll leave you with a list of mistreatment experienced by some individuals considered “dis-abled.”
No-one is “safe” from disability!

1) Denied employment after a successful interview– Can happen even after providing medical clearance and has happened to a friend of mine also. No consequences– In my case no no-win-no-fee representation. Sympathetic panel but could find nothing in the law to legally support a conviction. Severe long-term financial problems ever since due to a lack of experience. I have also been sent home from work – the manager that day didn’t like my disability. No disciplinary procedures as I doubted I’d be supported legally.

2) Referred to as him/her – I think this is a common one. A security-guard tells my husband. “You need to sign in for her.” The security-guard stands, gawping and slack-jawed when confronted. Does not apologise. The result of a formal complaint- procedure deemed his behaviour “not rude”- told by a so-called friend “if you complain people wont help you”

3) Refused entry to a train because I’m “dis-abled” – Physically restrained from boarding a train by staff – I am apparently not allowed to travel alone and have never booked assistance. Felt I couldn’t use force to free myself as unsure where I would stand legally. Missed a work-meeting because of this

4) Considered incapable of controlling my own movement – A family shopping-trip. As I make the unthinkable decision to move around a shop – ALL BY MYSELF – at the age of 36 – the stranger alerts my sister “Is your sister totally blind. She seems to be wandering off” – No reprimand. Considered amusing.

6) Denied control over my own body- A security-officer at an airport asks my again-embarrassed husband – “Can I search her?” – Excused by her manager who tells me – “It’s her first day” – No disciplinary action as far as I know.

7) Autism- cage used in schools – Exactly what it says unfortunately. From what this article says this school did receive consequences for its behaviour. Still shows very real evidence of mistreatment though https://www.dailymail.co.uk/news/article-3227383/Pictured-inhumane-autism-cage-young-boy-kept-Canberra-school-outraged-parents-demanded-taken-principal-banned-teaching-children-again.html

8) “You are seen as lacking.” This is how one reader of Facing The Music describes his situation to me.

10) Violent hate crime. This particular case looks as if it is getting the justice it deserves. However, it also highlights the problem that many cases are ignored. Sexual violence can also occur and has been reported to me as being ignored by police. Even more worryingly , in my own experience, this abuse can be accepted because you are so used to being treated unacceptably
https://www.nytimes.com/2017/01/06/us/chicago-racially-charged-attack-video.html?smprod=n&_r=0
You can find Facing The Music’s website and blogs here: https://www.facing-the-music.co.uk/