A day in the life of Wyn Evans

Friday December 23rd started inauspiciously and then got worse. I was due to take The Girl (my 10 year old daughter who happens to have Down Syndrome – DS) to what would be the last in a seemingly never-ending procession of Christmas events; school parties, activity-based parties, parties with yet another ‘ho-ho-hoing’ Santa sucking desperately on breath mints so as not to offend the olfactory sensibilities of our little terrors. Well, you get the gist. This was my morning…

The two of us had spent the week shopping and wrapping presents for family and friends. Somehow, we had cleared our ‘to do’ list of necessary tasks and had a clean run-in to Christmas day. We would attend that afternoon’s party, at Newport Leisure Centre, hosted by the local Branch of the South Wales DS Association. Saturday would see The Girl doing some last minute things with her mum, The Boss, whilst I would tune in to the Festival of Nine Lessons and Carols from King’s College, Cambridge, on Radio 4 (the official start of xmas in our house). And then Christmas day itself, which would be the first spent in our own home as a threesome. Well it’s nice to have a plan, isn’t it?

By mid-morning we had packed our two dogs into the back of my little Volvo estate and set-off for the kennels. Then I realised that the cleaner was due to come and that I hadn’t left the keys in our ‘secret hiding place’ for her to be able to get in. I turned the car around, parked, ran into the house, collected the spare key, and hid it where no-one but the cleaner would find it. Losing more precious minutes I then texted her to say I’d be out when she arrived. As I was turning the car around again The Girl helpfully reminded me to “hurry dad or the kennels will be shut”. Muttering about telling me something I didn’t already know I thanked her. We got to the kennels minutes before they closed. One of the dogs had been sick on the mat – which I had to clean-up before leaving for home. These and other cumulative delays meant I would not have time for a shower before we had to set off for the lunch-time party in Newport, leaving me feeling out of sorts and with a headache coming on.

Regular readers will know that The Boss and I keep our external doors locked and  the house keys out of The Girl’s reach. (She has been known to go exploring, once ending up making herself comfy in the bedroom of a house three doors down and once, having exited via the garage, was found marching with her friend through the back alleys of Penylan.) I was on the toilet when the cleaner left so I couldn’t lock the front door behind her. My daughter had already put her coat on to go to the party in Newport. By time I got downstairs – which was really no time at all – The Girl was in the passenger seat waving at me and the engine was running.

Every decision we make as parents is about risk management. I always park in neutral just in case, in gear, it jumps forward when I hit the ignition. I’m overly cautious but The Girl could have hurt herself or someone else. Or someone could have seen the car with its engine running and no driver and stolen it with her in. All because of the conjunction of events that left me upstairs for a couple of minutes, The Girl alone downstairs with an unlocked front door, and the car keys on their hook. Somehow, I managed to maintain my outward calm, congratulate my Stirling Moss-manque on getting the car going, and explain why she is not allowed to do so. Inwardly, I was thinking of the McCanns and their daughter Madeleine and what the press and social media would have said about my poor parenting had someone driven off with my Girl. 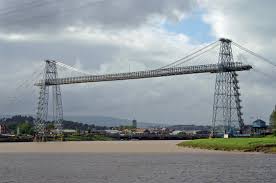 Anyway, soon after, we were en route to Newport. As a Cardiffian I have a love-hate relationship with Newport. I love to hate the place. (Why is it that Newport has more motorway junctions than Cardiff? So that people can escape. Just joking.) That December day, getting into Newport was problematic enough. I missed the Malpas turning off the M4 and had to go on down to the Celtic Manor junction. I twice missed the correct turning for the Kingsway car park ending up in a queue facing away from the leisure centre so that I could turn around and join the queue to get into the leisure centre.

By this point we were thirty-five minutes late, the Girl was wondering if we were ‘there yet’, and I was desperate for a pee. Then, when I got into the car park, I made one wrong turn and we found ourselves in the exit lane, unable to turn around, and being asked by a machine to pay £2.00p to escape. With cars building up behind us and one of them tooting its horn at us I started jabbing at the ‘Help’ button like a man possessed. (Thinking: “oh god I need a pee”.) Eventually, an attendant came and he was lovely! He didn’t charge us for my errors, allowed us out to U-turn back in again, and explained to me how to use a multi-storey car park. (Cardiff 0: Newport 1!)

We had now parked the car, were forty-five minutes late and I was in meltdown mode. I could think of nothing but finding a toilet. My head was pounding. (Inside my mind: “please god, please please please please please”.) The Girl was still asking me if we would be at the party soon. Perhaps because I was not thinking straight, perhaps because this was turning into the worst day of my life, we walked out of the wrong door in the car park and then had to retrace our steps from the locked fire exit we had wandered into, across the car park in completely the opposite direction (“omg lost again, omg I hate Newport, omg I need a pee, omgomgomgomg”). With every unnecessary, repeated step of that trek hurting so much that I told The Girl I would have to ‘go’ behind a parked car if we didn’t get to the leisure centre soon, “like, in the next two minutes”. My head beyond meltdown now a single, insistent, throbbing mantra: “must FIND a toilet must find a TOILET MUST find a toilet…”

But then, so suddenly, exiting the multi-storey, there it is – the leisure centre! Everything merges into the historic present tense. I pull The Girl as fast as her little legs can run, we stop in reception long enough to startle the staff. “WHERE IS THE TOILET PLEASE!!!”, I am crying out. I am nearly crying. I AM crying! I pick up the Girl (we are marginally faster this way) and run up a flight of stairs to the loo. I deposit The Girl outside and demand that she stay put. A tad later, immensely relieved, tenses returning to normal, and tensions eased, The Girl was where I left her.

The party was very good and we had the best of times there, chatting with old friends and making new ones; well worth the agonies of the trip. By my reckoning, during our journey between the two cities, we had gotten lost and found our way again five times. We had seen the best of Newport (its people) and the worst (the Kingsway multi-storey car park). But by the time we drove home The Girl was getting bolshie and my headache was pounding and my mood as dark as the black-cloudy, rain-swept skies. It was an imperfect but appropriate end to this day in our life when the Girl announced from the back seat, in no uncertain terms, that her Invisible Friend thought I was driving too fast.

… and that was my afternoon.