A new campaign has been set up to challenge out of date beliefs around how HIV is passed on. 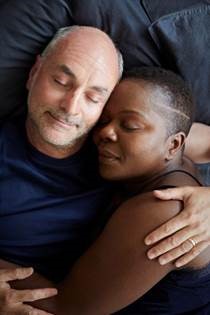 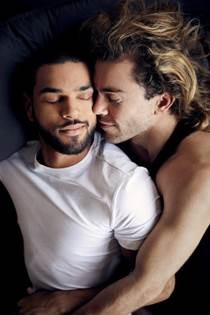 On the anniversary of Terry Higgins’ death (4 July) – who was from Pembrokeshire and one of the first people to die of an AIDS-related illness – A survey shows high levels of stigma around the disease and it’s patients. This comes despite huge medical progress in the fight against HIV since Terry’s death in 1982, including that people living with the virus and on effective treatment can’t pass it on – with or without a condom.

Today the charity – set up by Terry Higgins’ partner and close friends – has launched a campaign to tackle out of date beliefs about how HIV is passed on in an effort to end the stigma and discrimination faced by people living with the virus.

It takes inspiration from one of the charity’s campaigns from the 1990’s showing a couple being intimate and the tagline ‘It’s that condom moment’.

While condoms remain the best way to prevent all sexually transmitted infections, the message has changed to one with the power to transform the lives of those with HIV– ‘people living with HIV and on effective treatment can’t pass it on’.

For the past 20 years, evidence has been building to show that the likelihood of passing on HIV is linked to the amount of virus in the blood, also known as viral load. Treatment is deemed effective when it reduces this to undetectable levels. This can take up to six months from starting treatment.

The landmark PARTNER and PARTNER 2 studies provide the medical evidence that people with an undetectable viral load cannot pass on HIV [2].

Dr Michael Brady, Medical Director at Terrence Higgins Trust and National Advisor for LGBT Health at NHS England, said: ‘Progress in the treatment for HIV is one of the greatest triumphs of modern medicine. In just a couple of decades effective treatment means a HIV diagnosis has gone from a virtual death sentence to us now saying with confidence – and without doubt – that people living with HIV who are on effective treatment cannot pass the virus on to their sexual partners.

‘This has an incredible impact on the lives of people living with HIV and is a powerful message to address HIV-related stigma. And while just 24% of people know about this progress, we have a duty to keep on shouting about it until everyone in Wales knows the truth about HIV.’

For more information about the Can’t Pass It On campaign visit tht.org.uk/cantpassiton and follow the #CantPassItOn hashtag on social.