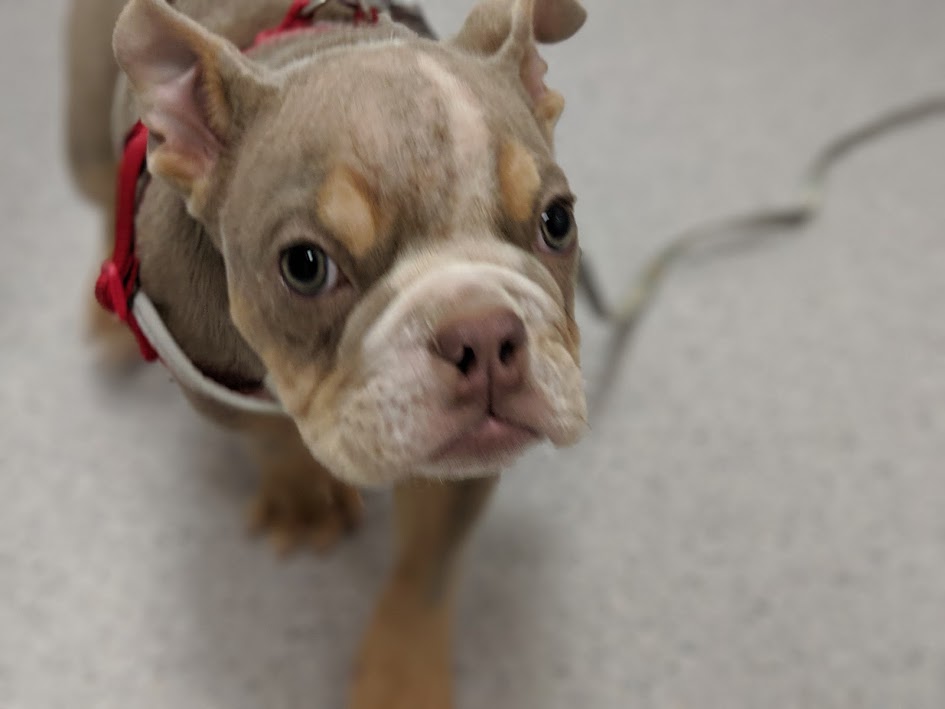 British Bulldog pup Enzo was given away by his breeder in Cardiff at just three days old with serious health issues. He was entrusted to the care of Hope Rescue in Llanharan where he is being cared for by a volunteer fosterer who is also a vet nurse.

The poorly pup has a cleft palate which makes it difficult and dangerous for him to eat normally. He has required around the clock care since he came into the charity’s ownership in January. He has already undergone several procedures to help him to eat and drink safely including having a feeding tube fitted.

Today he is being fed carefully by hand to prevent food entering his airway and infecting his lungs. But this isn’t a long term solution for a growing pup.

Now he’s strong enough to survive a general anaesthetic he has been referred to the experts at the Langford Animal Hospital in Bristol. He has his first surgical appointment on 29 May and may require two further reconstructive surgeries in the following weeks. The total cost for his treatment has been quoted at £9,000. Sadly without this life-saving operation, Enzo simply won’t survive.

Enzo is a little fighter and currently has a good quality of life. As a typical puppy he loves getting up to mischief and enjoys barking at his foster parents and canine foster brother. 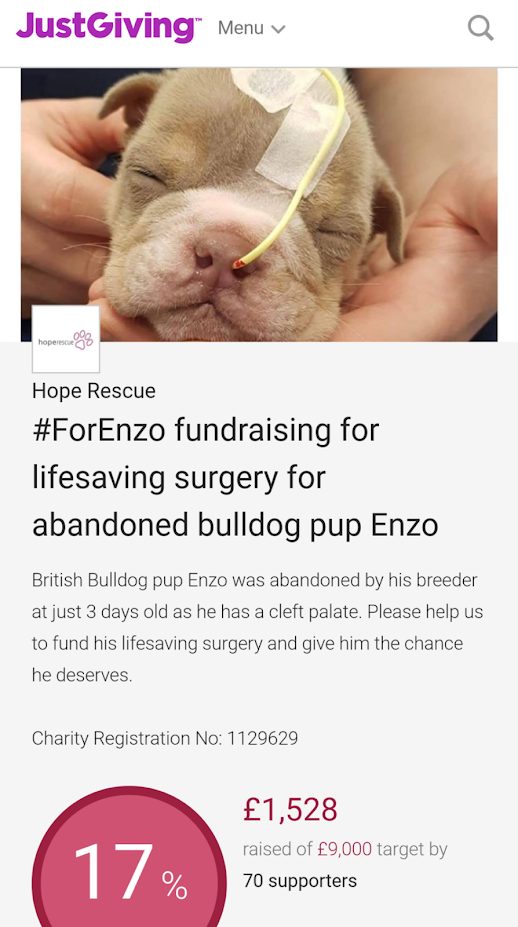 The Charity are asking donors to make a gift on their website at www.hoperescue.org.uk, over the phone on 01443 226 659 or by post at Hope Rescue, Cynllan Lodge, Old Llanharry Road, Llanharan CF72 9NH. Every penny raised will bring us one step closer to giving Enzo a chance at a full life.

Amy Greenfield, Fundraising Manager at Hope Rescue said “We are fundraising to meet the costs of this life-saving surgery and give Enzo the chance he deserves. As a small charity, we simply don’t have the funds to operate without the support of the local community. We have already raised £2,000 in just a few days and we hope that animal lovers will get behind his appeal so that we can see Enzo thrive and grow into a healthy adult dog”.