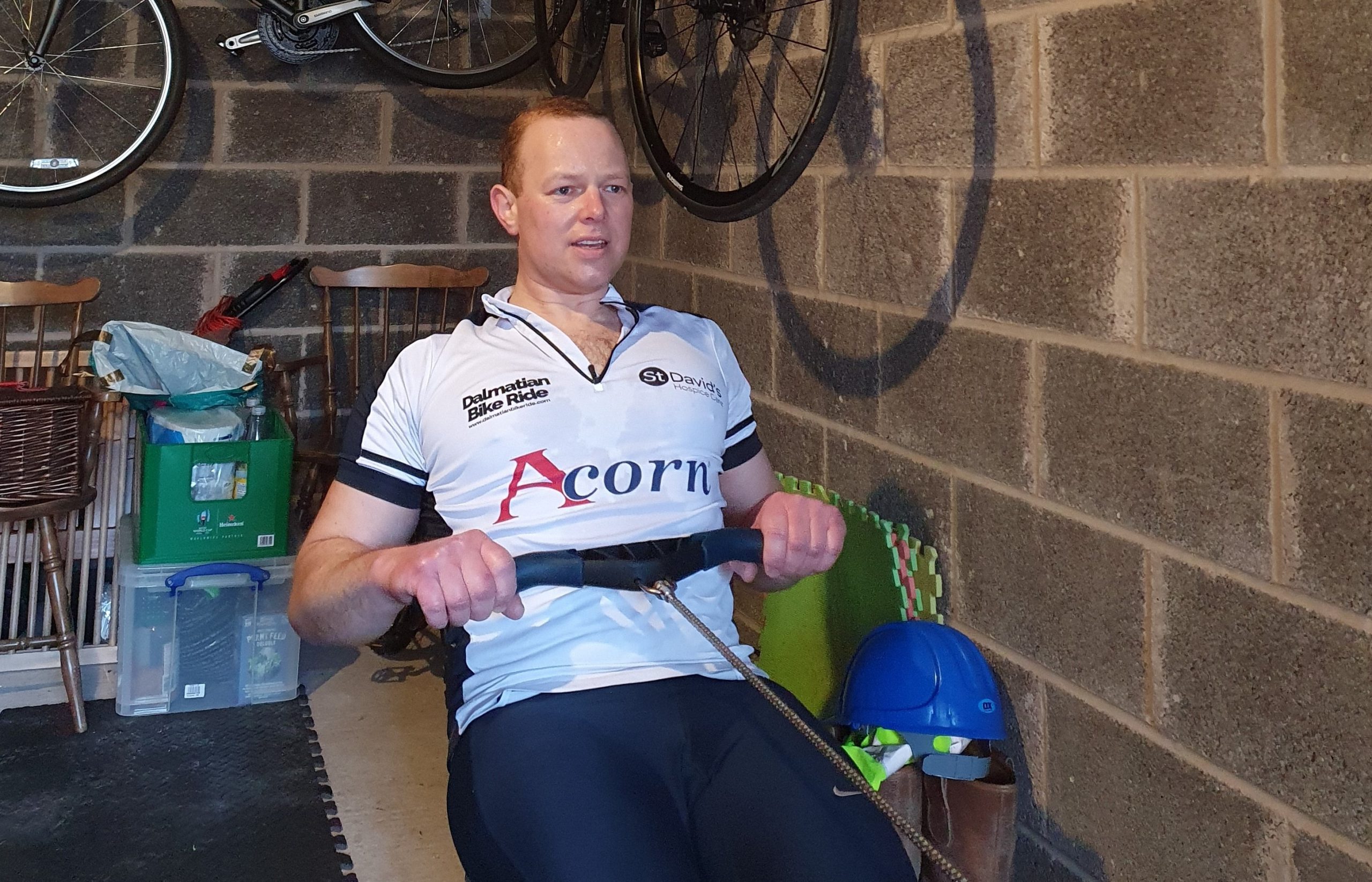 Osian John, Operations Manager at Acorn Recruitment has raised more than £5,000 by rowing and skiing one million metres in just 31 days, in aid of Cancer Research UK.

In memory of his father Owen, who died in July 2020 from a very aggressive form of bile duct cancer, 37-year-old Osian was determined to raise money for Cancer Research UK but in a different way, so by using a rowing machine and a Ski Erg (gym equipment which mimics the movements of Nordic skiing) he covered a distance of one million metres, or 621 miles.

Osian, who lives in Cardiff, completed the task in 31 consecutive days covering on average just over 32,000 metres per day, which took him around two and a half hours to complete.

By raising £5,700 he smashed his original fundraising goal of £3,500 in 34 days, raising around £1,500 more and completing the challenge three days earlier than planned.

Osian explained the reason he decided to take on this mammoth fitness fundraising challenge: “There was less than a month between my father starting to feel unwell and passing away, so it was a huge shock to the whole family. Dad was a former headteacher and founded and ran an outdoor education centre in Kent for 26 years, giving disadvantaged children from inner-city London a chance to experience and learn about the countryside. He then retired to his native Pembrokeshire in 2004 but passed away in July 2020 from this aggressive cancer.

“I wanted to do something to help Cancer Research UK’s aim of speeding up the process of finding a cure for cancer so decided on a challenge I could do safely in lockdown and to raise as much money as possible for the charity.”

Osian said: “I underestimated how tough it would be to cover 32,000 metres a day, and once I started, immediately regretted setting myself the challenge. However, I raised £1,000 in the first 24 hours so that motivated me to carry on! I am so grateful to all of those who supported me in memory of my father, including my wonderful Acorn colleagues who donated in droves.”