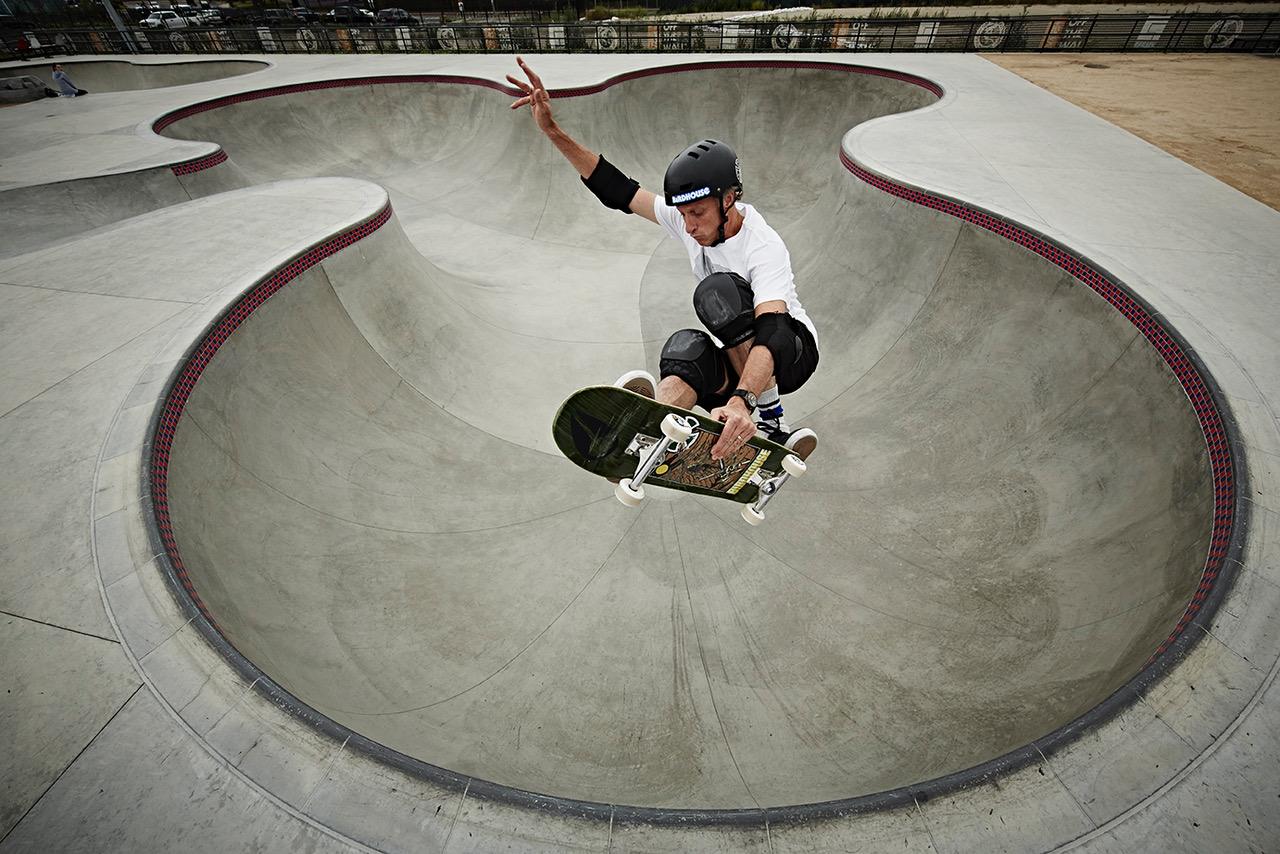 As anticipation for Nitro World Games-Wales continues to build, more event information is being revealed, including the first live broadcast details. Olympic snowboarder and noted television commentator Todd Richards will host the broadcast of the renowned competition next May, which is expanding out of the United States for the first time. Joining him behind the mic as co-hosts are two action sports giants: skate legend Tony Hawk and FMX icon Travis Pastrana. Nitro World Games-Wales is coming to Cardiff’s Principality Stadium over Bank Holiday weekend on the 23rd and 24th of May 2020.

In addition to co-hosting, Hawk – who has been a part of Nitro World Games since its inception, declaring it, “A great representation of skateboarding’s evolution and modern progression” – will offer his expert analysis during the gravity-defying Skate Vert contest.

Tony Hawk and Travis Pastrana have both elevated their sport disciplines with unbelievable world’s firsts such as Hawk’s seminal 900 and Pastrana’s extraordinary motorcycle double backflip. Both continue to work to grow action sports and advance progression, with Pastrana as the driving force behind the Nitro World Games and Hawk establishing the Tony Hawk Foundation, which helps finance public skateparks and provide a safe place for kids to skate. Their impact on action sports in popular culture has been equally seismic. Now Hawk can’t wait to see what a new generation of athletes, inspired by their momentous achievements, have in store for U.K. fans next May.

“I am excited to help bring the raw energy of Nitro World Games to Wales,” Tony Hawk says. “The UK has had a consistently strong skate scene since the early 80’s so it will be a great fit, and long overdue.”

Travis Pastrana, adds, “Tony has been a hero of mine since I can remember. He is the biggest name in action sport and one of the greatest of all time. Not only does he continue to push the limits on his board, but Tony has helped push the limits of our sports by building skate parks around the globe. It’s an honor to have him join us again as we take Nitro World Games to the world in 2020.”

More than 100 of the best athletes in action sports will gather in Cardiff, Wales next Spring for Nitro World Games, and Skate Vert is just one of action-packed contests coming to Principality Stadium. Fan favorites Freestyle Motocross and BMX Best Trick are set to take big air action to the next level. Both feature the tallest ramps in their disciplines, launching riders sky high and giving them the amplitude to attempt incredible world’s firsts. BMX Best Triple Hit is a fixture as well, requiring a singular combination of aerial agility and technical consistency in order to land three tricks precisely in quick succession. Rounding out the Nitro World Games lineup is Scooter Best Trick, showcasing one of action sports’ fastest growing disciplines along with the biggest ramp ever used in scooter competition. All of this adds up to a massive production that will be the biggest action sports stadium event in U.K. history. Look for more news soon on the top athletes aiming to square off in Nitro World Games-Wales next May.

Nothing beats the excitement of witnessing record-breaking action in person, and with weekend ticket packages starting at £45, plus single day admission available for just £25, Nitro World Games offers fans the chance to see the best in action sports all at a great price (final ticket prices also include additional charges and fees). Family Tickets and VIP offerings with exclusive merch bundles are also available. Go to nitroworldgames.com to purchase.