ALAN COULTHARD INTERVIEWS LA VOIX ABOUT HER NEW SHOW AND HER AMAZING CONNECTIONS, WHICH INCLUDE PRINCE HARRY HIMSELF! 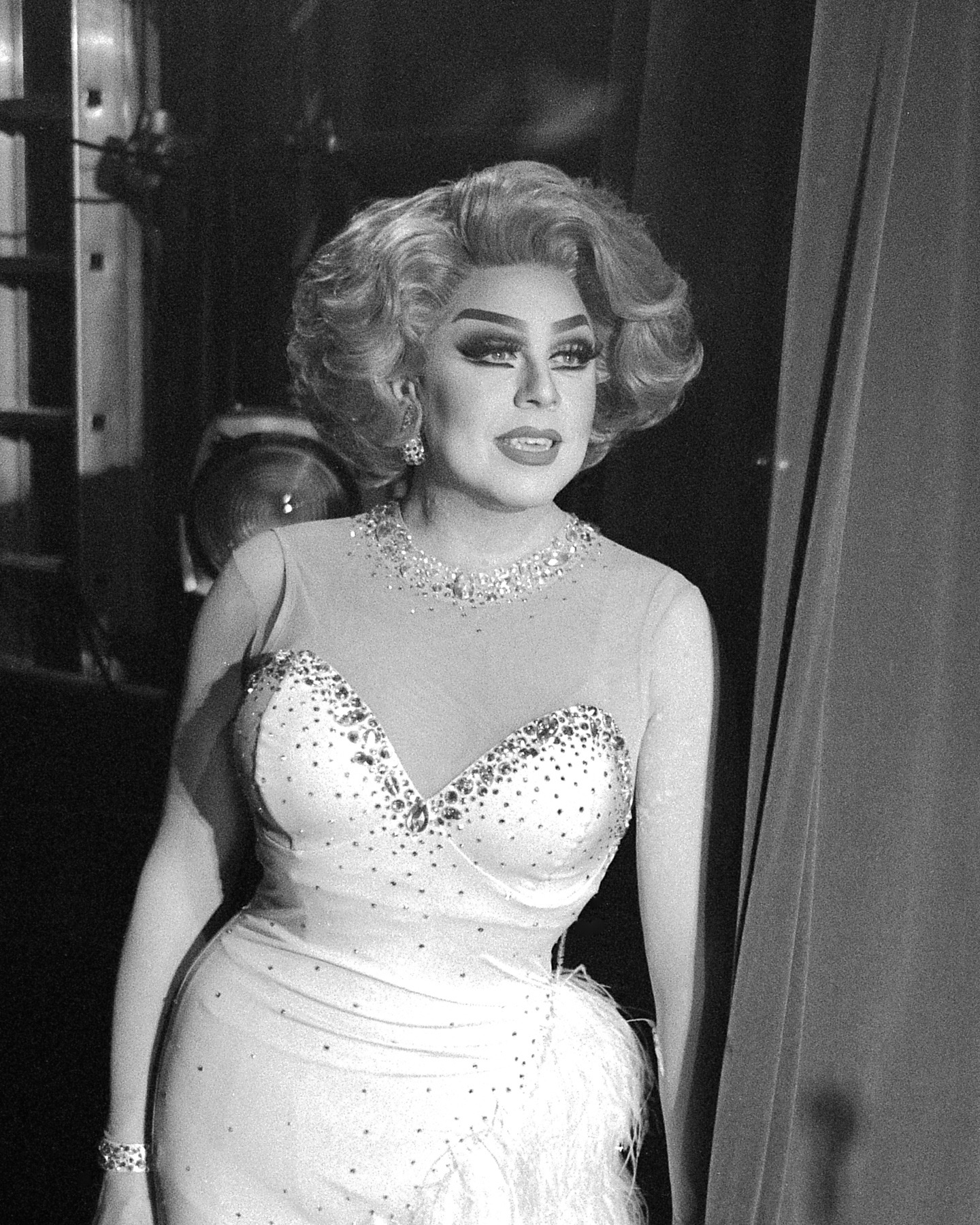 Without doubt, La Voix is one of the world’s leading drag queens.   She is also a personal favourite of mine, having seen her 3 times already!  She first came to national attention with her performances on Britain’s Got Talent in 2014 with the London Gay Big Band.  This was followed by an appearance in Absolutely Fabulous The Movie in 2016.  Since then, La Voix’s career has gone from strength to strength and her forthcoming tour has been eagerly awaited for some time.  La Voix was kind enough to answer some questions in advance of the Cardiff show.

How do you feel about starting your new theatre tour in Cardiff?

What can we expect from the new show?

This truly is the biggest show yet! It is the first time I will be bringing my full show to Cardiff. When I first played Cardiff, it was just me and a pianist, but now it is a full band. I have a set and 8 different dresses! My finale dress has been designed by David Emanuel – so I am keeping it Welsh! The show is a feast for the senses and there is something for everyone. HUGE diva anthems from Cher to Dame Shirley Bassey, all tied together with comedy. Jennifer Saunders advises ‘Wear thick pants because you’ll wet yourself laughing’.

What’s the background to calling the show ‘The UK’s Funniest Redhead’?

It’s an honour bestowed on me by Prince Harry himself whilst he was still HRH! Oh yes, I have performed for The Royals and Harry, or Hazza as I call him, said I was the UK’s Funniest Red Head! He also loved it when I performed Dame Shirley for him; he told me he loved my Bassey.

Was your Britain’s Got Talent experience in 2014 a positive one and how did you find performing before such famous celebrity judges?  Are you still in touch with Simon Cowell?

You hear lots of stories about talent competitions, but I thoroughly enjoyed my time on the show. All of the judges were fabulous. I even used to do an Amanda Holden impression, well that was when I was temporarily paralyzed. Simon has become a dear friend. I even dog sit for him!

How did you secure your role in the Absolutely Fabulous Movie?

It didn’t take any securing; Jennifer called me! She said ‘La Voix, we need a strong female character for the show, someone the audience will recognise and someone with an incredible voice’. She then went on to say ‘Gemma Collins is busy so are you able to do it?’

What was it like working with iconic stars such as Joanna Lumley and Jennifer Saunders?

Truly that, iconic. Something that you will never forget. Of course nerve-racking too, I mean I didn’t want to be funnier than Jennifer or Joanna.

Can you explain a little about your career before BGT?

Before BGT I was a make up artist! I trained with Laura Mercier and travelled the world, working alongside Laura doing make up for clients. I was destined for the stage though, I mean look at my natural hair colour, it is just crying out to be on stage. However, more excitingly, this year I have branched out into cosmetics and make up and released my very own lipstick! We have a full collection coming later this year, and if I wasn’t make up trained this is something I do not think I would have been able to do.

How did you develop your interest in and love for Judy Garland, Liza Minnelli and Barbra Streisand?

My father was a theatrical! He loved them and would play their records. I always wanted to sing, and the way I taught myself was to mimic them. So in my show, I do impressions of Judy Garland, Liza, Cher, Dame Shirley, Whitney Houston, to name just a few, and that was all from listening to the songs and copying them. As we are in Cardiff, I thought I should share with you that I finish my show with Bonnie Tyler! My show has LOTS of Welsh themes. I feel like I should be the new Princess of Wales, going around the world and flying the flag for Wales! From Songs to Frocks!

You have interviewed on stage a number of your celebrity friends recently, including Jennifer Saunders, Joanna Lumley and even David Emmanuel (who studied in Cardiff and was born nearby).  Can you explain a little about these interviews and whether you have plans to do more of this?

In London there is the most beautiful venue called Crazy Coqs, an intimate cabaret space. My darling friends wanted to appear on stage with me and be probed in front of an audience and who was I to say No! We sit on stage and I ask them questions about their career, they feel comfortable with me and open up and tell me everything! Its very informal and just great fun. We also then finish with a song. When Christopher Biggins appeared with me we ended the show with ‘Time Warp’ from Rocky Horror! He hadn’t performed that in over 30 years!

Have you been working with David Emmanuel on any of your costumes?

I have. All I can say is I said ‘YES TO HIS DRESS’ and you will see it at The Sherman Theatre on 13th February!

I would of course, however it is fitting it in the schedule. I have just agreed to go back to the BBC with my radio show which we will be announcing soon, my UK Theatre Tour, I also tour America and, in between this, I then appear on board P&O Cruises weekly. So, anyone from the TV world, I can offer you 25 minutes of a filming a fortnight next Wednesday if that works!

How do you feel when people say such lovely things about you, including the famous quote from Broadway Baby, ‘to describe La Voix purely as a singer would be like calling Picasso a decorator’?

It’s truly wonderful. I grew up in the North East of England and never did I imagine this would be my life. I set out on tour to bring laughter and happiness to everyone, because I don’t know about you, but there is nothing on the TV. I don’t watch TV anymore because I can’t cook! My only aim for the show is that you have the best night out. I feel truly blessed that we get incredible feedback and everyone seems to love the show and I thank each and every single person who comes to the show and supports me and my band.

La Voix is performing at the Sherman Theatre, Cardiff on Thursday 13 February.  All tickets £22. Tickets available at:  https://www.shermantheatre.co.uk/performance/music/la-voix/