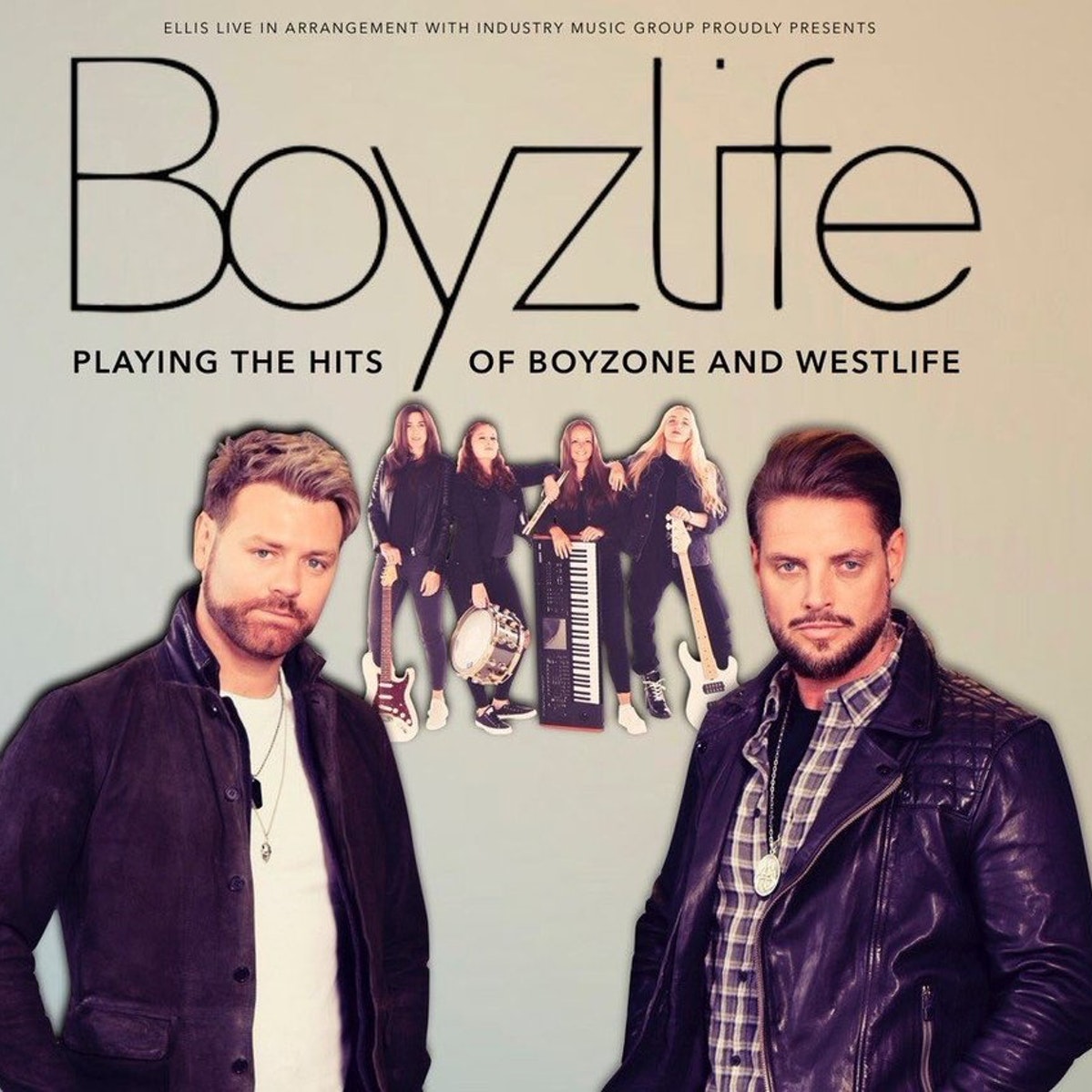 Boyzlife consists of one member of Boyzone, Keith Duffy, and one former member of Westlife, Brian McFadden, and thereby manages to capture the audience of both.  This audience consists predominantly of 30-plus females so I felt a little out of place at first, but the friendly atmosphere generated by the boys meant that I soon got into the swing of things.  The audience seemed to know the words of every song, and, at one stage, Keith went into the crowd to have selfies with a few lucky ladies.  Brian McFadden was always one of the most popular members of Westlife in their early years until he left in 2004 to spend more time with his family and to make a solo album.  Keith Duffy was also a popular member of Boyzone, although lead vocals were handled by Ronan Keating and Stephen Gately.  Keith subsequently became even more well known as an actor and presenter, particularly in the role of Ciaran McCarthy on Coronation Street.

The concept behind Boyzlife is that the boys sing the most famous songs of Boyzone and Westlife and they also sing a ‘Boyband medley’ of songs made famous by other bands.  As a result, there is a huge amount of audience participation and a plethora of footage being taken on mobile phones.  However, the slightly older female audience does not ‘scream’ as much as they would have done in the past!

The boys started off uptempo with ‘When You’re Looking Like That’,  a Westlife hit from 2001.  This was followed by Boyzone’s ‘Picture Of You’ and Westlife’s ‘World Of Our Own.’  Then the tempo was reduced with 3 classic covers, ‘Words’ (Bee Gees/Boyzone), ‘Baby Can I Hold You’ (Joan Armatrading/Boyzone) and ‘Mandy’ (Barry Manilow/Westlife).  The tempo was then switched up with two Boyzone songs, ‘All That I Need’ and ‘Loaded Gun’.  The songs were interspersed with chat from the guys, in particular Keith Duffy, who confidently handled the presentation parts of the show.  The boys seemed to revel in the fact that the audience was rather older than they had been used to in their boyband days, so they could indulge in some more colorful language at times!  They were even more charismatic during the ‘chat’ and it was clear there was a great camaraderie between them.

The next section of the show saw the boys singing some songs from their new orchestral album, which includes classic Boyzone and Westlife songs accompanied by the 84 piece Royal Philharmonic Orchestra.  Touchingly, Keith announced that the boys were dedicating the album to Stephen Gately, who sadly died in 2009. The boys were seated on stools, boyband style, singing two classic Boyzone ballads, ‘You Needed Me’ and ‘No Matter What’ and the song that launched Westlife’s career in 1999, ‘Swear It Again’.  The orchestral backing worked brilliantly for all three songs and I can’t wait for the album! The boys got up from their stools during ‘Swear It Again’ and for Westlife’s ‘My Love’ which followed.

The remaining highlights included the classic Westlife song ‘Flying Without Wings’, which saw Brian doing an excellent job playing the guitar and singing, and an excellent ‘Boyband Medley’, which really sent the crowd wild with excitement.  This gave the boys the chance to sing songs which were not by Westlife or Boyzone, and they gave us songs by Boybands such as Take That, One Direction, Five, N Sync and the Backstreet Boys. In their baseball gear and caps, the boys reminded me of a present day Ant and Dec singing ‘Lets Get Ready to Rumble’! The boys inevitably ended the show with the classic Billy Joel/Westlife song, ‘Uptown Girl’.   Boyzlife left their audience really happy and that is all you can ask for.  It will be interesting to see if the forthcoming Boyzlife album gives them mainstream recording success.