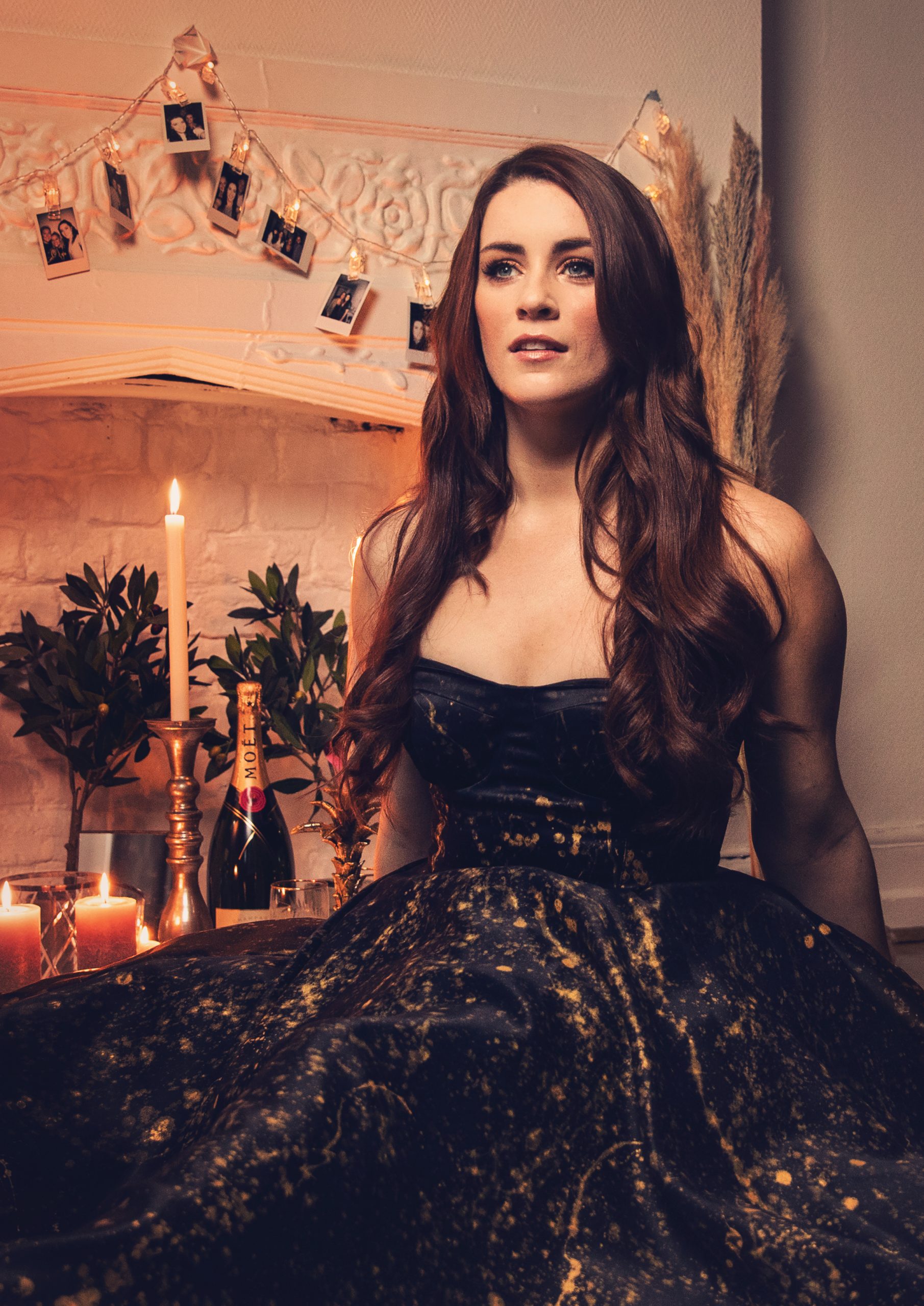 Lucie Jones is one of my favourite singers, so when I was invited to review her first solo concert, I didn’t take much persuading!  Lucie, who is from Pentyrch on the outskirts of Cardiff, first came to my attention when she reached the live finals of X Factor in 2009.  Controversially, she was booted off after a sing-off against Jedward.  Looking back, that seems an almost unbelievable decision by the judges.  However, Lucie was not bitter and has only positive things to say about her X Factor experience.  It launched her into a fabulous career in musical theatre, including leading roles such as Cosette in Les Mis, Maureen in Rent, Elle in Legally Blonde, Victoria in American Psycho and Molly in Ghost.   This has culminated in possibly her most well known role, playing Jenna in Waitress.  For this role she had to audition in front of an impressive audition panel which included multi-Grammy nominee, Tony Awards host and Waitress composer, Sara Bareilles.  Sara is currently playing Jenna at the moment and was in the audience for Lucie’s concert.  Lucie is also famous for representing the UK at The Eurovision Song Contest in Kyiv in 2017.

This concert was the first time I heard elements of Barbra Streisand in Lucie’s voice, and this was not only during the two Streisand songs which she sang.  In fact, with this concert, Lucie moved into the realms of a superstar vocalist in my eyes.  She started off with the seminal Streisand classic, ‘Don’t Rain On My Parade’, accompanied by the wonderful London Music Theatre Orchestra, conducted by Freddie Tapner, who also acted as Lucie’s musical director.   This was the perfect way to start the show and sent the audience wild with excitement.  In fact, I don’t think I’ve ever seen an audience so animated for a concert of this type.  Each song was linked by Lucie chatting with the audience about her experiences as she rose to fame.  It was clear that Lucie was having the time of her life and this exuberance translated to the audience.

The theme of the concert was songs that had been important to Lucie as her career developed.  The next song she sang was the Liza Minnelli classic,  ‘Sing Happy’, from the 1965 musical Flora and the Red Menace.  This was followed by ‘Summer in Ohio’ from the musical film, The Last 5 Years.  Then we had the classic ‘So Much Better’ from Legally Blond, a throwback to Lucie’s portrayal of Elle in the musical.  This was followed by ‘Gimme Gimme’ from the musical, Thoroughly Modern Millie.

Then followed Lucie’s first guest on stage, the incredible John Owen-Jones, who also hails from Wales.  John is most famous for his portrayal of the roles of Valjean in Les Mis and the Phantom in The Phantom of the Opera.  Lucie and John brilliantly replicated their recorded version of ‘The Prayer’ on John’s most recent album and the audience was in rapture.  The first half of the show ended with an astonishing version of Streisand’s ‘A Piece of Sky’ from Yentl.  It could have been (a younger) Streisand on stage, such was the perfection in the tone of Lucie’s voice.

Part 2 of the show began with a rousing rendition of ‘Into the Unknown’ from Frozen 2. The Disney theme continued with ‘God Help the Outcasts’ from the Hunchback of Notre Dame film and musical.  Lucie explained that this was the first solo she had ever sung in a theatre as part of Cardiff’s Scout and Guide Gang Show.  Amusingly, when she mentioned the title, the audience burst into laughter, which was not the response Lucie was expecting.  Since the show was being recorded, Lucie encouraged the audience to greet ‘God Help the Outcasts’ with ‘Oohs’ rather than laughter and the audience was only too happy to oblige!

Lucie then introduced her other guest singer, her amazing co-star from Waitress, Marisha Wallace.  Marisha has starred in shows such as Dreamgirls and The Book of Mormon and is shortly to take on the role of Motormouth Maybelle in Hairspray, after completing her own solo tour.  Lucie and Marisha performed ‘Take me baby or leave me’ from Rent. Their two voices together blended perfectly.  Then followed ‘Moon River’ from the classic Audrey Hepburn film, Breakfast at Tiffany’s.   This included a breathtaking cello solo by Boz Vukotic from the orchestra.   Then Lucie explained her Eurovision experience and how special it had been for her, which linked in to a performance of the song itself, ‘Never Give Up On You’.

The final part of the show saw Lucie explain how significant Waitress had been for her and how much she loved the role.  She thanked Sara Bareilles and it is clear there is a lot of love between the two of them.  Lucie’s inevitable version of ‘She Used To Be Mine’ was perfection itself.  Then followed Lucie singing the Katharine McPhee arrangement of Sinatra’s ‘That’s Life’.  The theme of Lucie singing ‘male songs’ was continued in the encore which was, to my mind, the absolute highspot of the entire show.  Lucy had played Cosette in Les Mis but, rather than sing one of the more obvious ‘female’ songs, she gave us a version of ‘Bring Him Home’ that the audience could scarcely believe.  It was the perfect way to end the show and the audience was highly appreciative.

If you missed the concert, you should be pleased to discover that the concert has been recorded for a live album, to be released in a few months’ time.  Surprisingly, this will be Lucie’s first solo album release.  Given the success of the Luke Evans album, I don’t think it will be long before Lucie is asked to make her own solo album in a recording studio, which will allow her to gain the worldwide recognition she deserves.