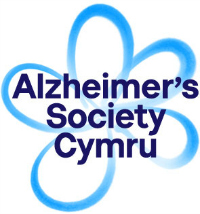 Alzheimer’s Society in Cardiff is uniting against dementia with Cardiff Libraries this Dementia Awareness Week (14 -20 May), with activities planned across the city throughout the week to support people affected by dementia.

During this year’s Dementia Awareness Week, Alzheimer’s Society is asking people to come together to unite against dementia, forgetting their differences to help urgently find a cure, improve care, and offer help and understanding.

Cardiff Libraries have taken up the challenge of raising awareness to help those affected by dementia and have multiple events planned in Central Library Hub including:

Alzheimer’s Society’s Dementia Friends programme is the biggest ever initiative to change people’s perceptions of dementia. It aims to transform the way the nation thinks, talks and acts about the condition. It was launched to tackle the stigma and lack of understanding that means many people with the condition experience loneliness and social exclusion. There are over 68,000 Dementia Friends in Wales. Find our more, here.

“We have a jam-packed week planned this coming Dementia Awareness Week offering a range of activities, information sessions and entertainment with film screenings and poetry readings. We will be helping people living with dementia and their carers to get online and download e-books to enjoy at their ease and leisure.

“On Thursday of Dementia Awareness Week, we will officially open Alzheimer’s Society’s dementia café onsite at Cardiff Central Library Hub which we hope will provide a safe space for people living with dementia to access information and services in a sociable environment. We hope to see lot of people come through our doors during the week and to help play our part in building a dementia-friendly society that helps those affected live better, more fulfilled lives.”

“There are over 4,000 people living with dementia in Cardiff.  Uniting with Cardiff Libraries across the city is such an important relationship for us to have as their service provides a pivotal role in communities across the Capital. We are delighted with how ambitious the Library has been this Dementia Awareness Week with events planned across the week including the launch of a dementia café.

“We’re calling on people in Cardiff to show their support this Dementia Awareness Week.

“Dementia doesn’t care who you are; it could affect us all. It’s set to be the 21st century’s biggest killer, with someone developing it every three minutes, and so many people are facing it alone.

“People with dementia often feel – and are – misunderstood, marginalised and isolated but with the right support and understanding they can continue to live fulfilling lives and make a contribution to their communities. So, unite with us now and join us at the many events taking place in Cardiff Libraries this Dementia Awareness Week.

There are 45,000 people living with dementia in Wales. Alzheimer’s Society is there for anyone affected by dementia. The charity provides information and support. To find out more, call the National Dementia Helpline on 0300 222 1122 or visit alzheimers.org.uk/DAW

Unite with us now at alzheimers.org.uk