An End of Treatment Bell rang for first time Universtity Hospital of Wales. 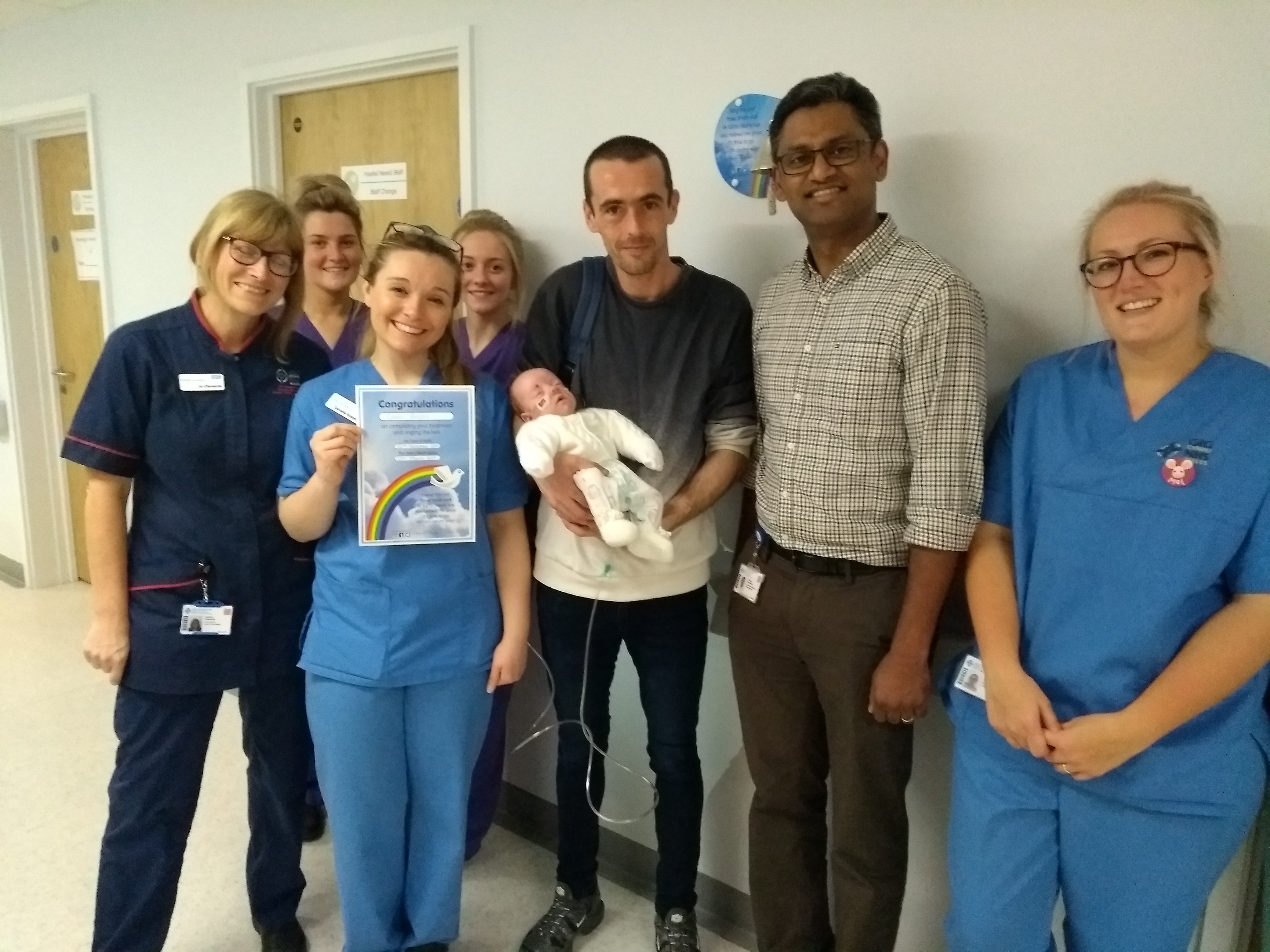 An End of Treatment Bell has been installed on the Neonatal Intensive Care Unit (NICU) at the University Hospital of Wales, so that when the smallest, most vulnerable patients have grown and finished their treatment, they ring the bell and move on to the next chapter of their lives.

Carter Griffin, along with his dad Martin, were the first family to ring the End of Treatment Bell on the unit before leaving for home to settle into normal family life.

“Carter had a bumpy ride to start with, his little brother Daniel has always been a bit behind him but he soon caught up.
Carter progressed through the stages of neonatal care and then came to the nursery and we’ve been feeding him and watching him grow and now he’s going home on oxygen. He’s putting on weight and only waking for feeds – he’s doing so well.”

Martin Griffin, proud dad said: “It’s so lovely to have one of the twins at home, I was a bit worried about how the other children would react to him being so small but they’ve been really good and helping out looking after him and helping around the house.”

Before Carter and his dad rang the bell, his nurse Danielle read this poem:

“Ring this bell
Three times well
Its toll to clearly say
You helped me grow
It’s time to go
So I am on my way!”

The bell was provided by the charity, End of Treatment Bells, to hospitals for to ring when a patient has reached the end of their treatment. The charity says: “It’s not just a bell – it’s a symbol of hope.”
This is the first NICU bell to be rang in the United Kingdom! 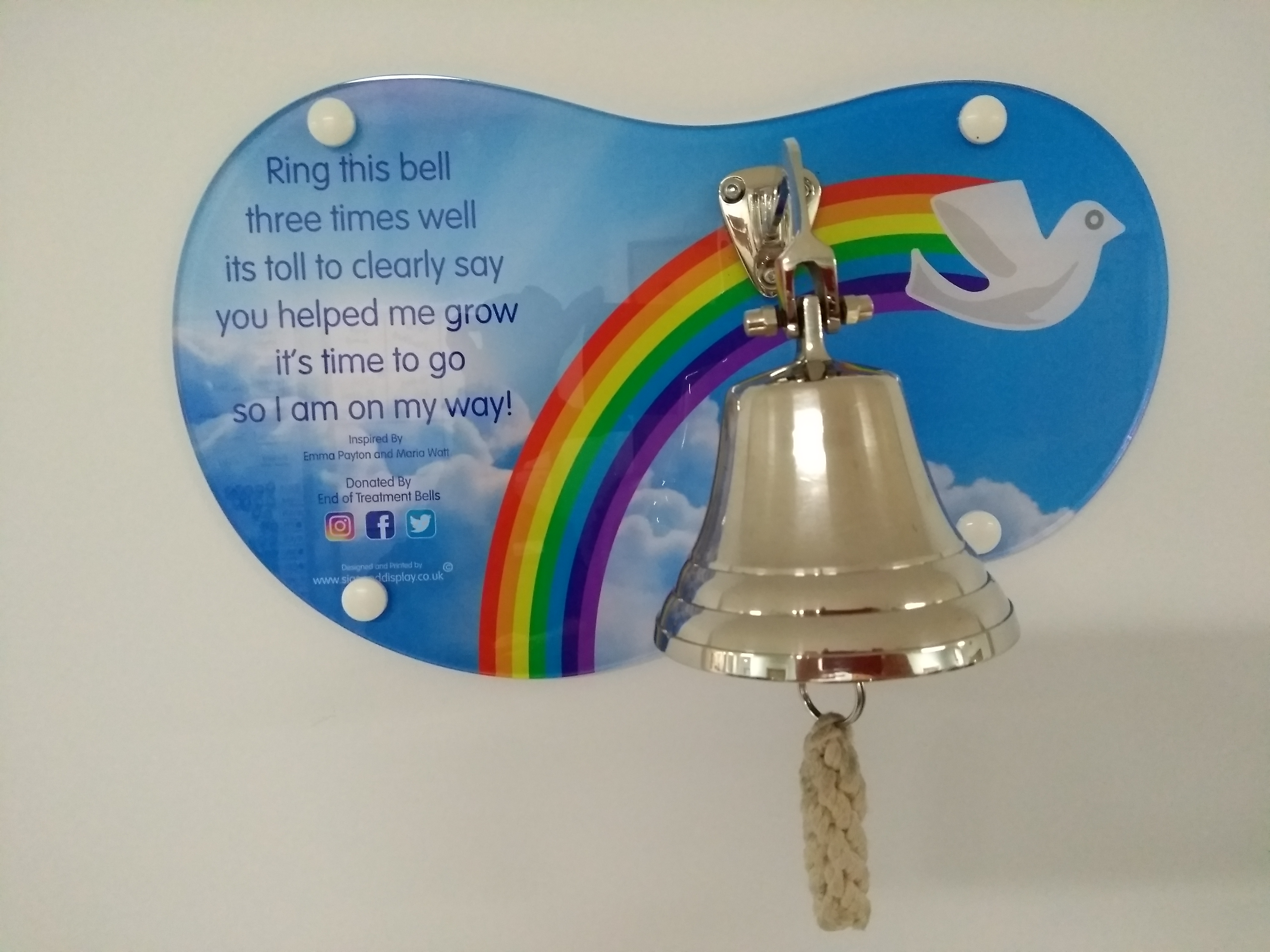 To find out more visit: www.endoftreatmentbells.com