An Evening with the Band of The Welsh Guards: St David’s Day Celebration Concert 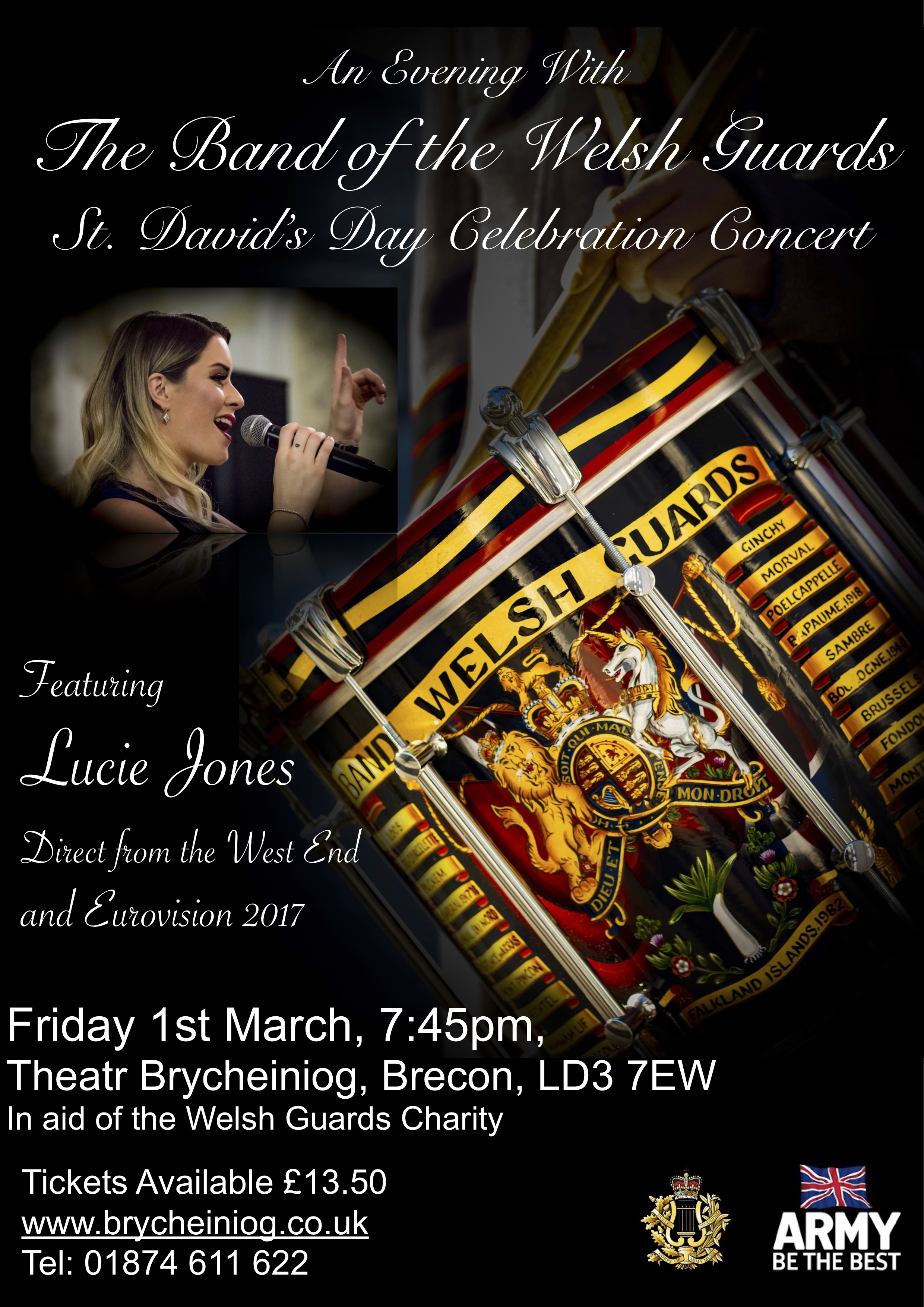 The concert will be on Friday 1stMarch at 7.45pm, and will feature the Band of the Welsh Guards under direction of Major David Barringer, with guest singer Lucie Jones direct from the west end. Tickets are £13.50 available from the theatre website www.brycheiniog.co.uk

The Welsh Guards Charity exists to support the Regiment, the Battalion and Welsh Guardsman of all ranks, both serving soldiers, retired veterans, and their families. The charity was formed in 2013 as result of amalgamating several different Regimental Charities and Funds. The Welsh Guards Afghanistan Appeal, which started in 2009 because of the significant numbers killed in action and injured on the Battalion’s first tour to Afghanistan, is one of them.