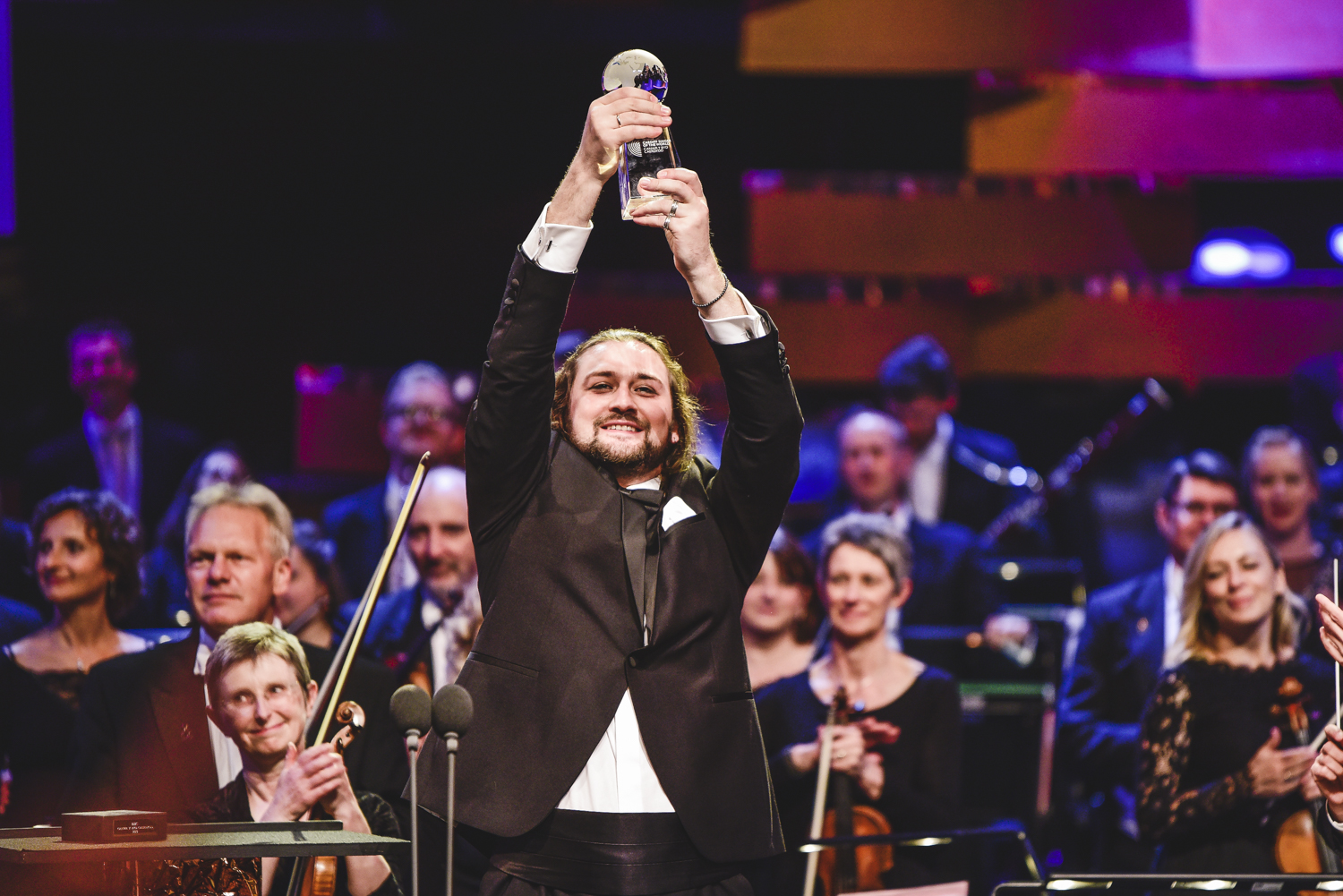 Baritone Andrei Kymach, 31, from Ukraine, was tonight [Saturday 22 June 2019] announced as the winner of BBC Cardiff Singer of the World 2019.

Following his win, Andrei Kymach said: “I’m overwhelmed to have won the BBC Cardiff Singer of The World 2019. It’s literally a dream come true. I can remember watching the competition when I was very young and it would never have occurred to me that I could one day even take part, let alone win. I wish to thank the jury and everyone involved with the competition for being so supportive and welcoming.”

Kymach performed pieces by Bizet, Rachmaninov and Donizetti at the final held at St David’s Hall, Cardiff. The competition’s Patron, Dame Kiri Te Kanawa, presented the winner with a £20,000 prize (increased this year thanks to support from the Dame Kiri Te Kanawa Foundation) and the Cardiff Trophy. In a new innovation this year, Kymach will also be offered a recital at the Queen Elizabeth Hall at London’s Southbank Centre.

Over 400 singers from across the globe entered BBC Cardiff Singer of the World 2019, with 20 singers from 15 countries selected to compete in the competition. Recognised as one of the most important music competitions in the world, BBC Cardiff Singer of the World has launched the careers of some of the world’s biggest opera stars including Bryn Terfel, Jamie Barton, Karita Mattila, Dmitri Hvorostovsky and more.

The four other finalists were Sooyeon Lee, Mingjie Lei, Guadalupe Barrientos and Patrick Guetti who sang arias and concert repertoire ranging from Mozart to Copland accompanied by the BBC National Orchestra of Wales conducted by Ariane Matiakh and Ewa Strusińska.

The £2,500 Dame Joan Sutherland Audience Prize was presented to Katie Bray from England by conductor Richard Bonynge, the husband of the first patron of the competition, soprano Dame Joan Sutherland, after whom the prize is named. The prize was dedicated to the memory of Dmitri Hvorostovsky, the beloved and much missed baritone who became BBC Cardiff Singer of the World in 1989.

David Jackson, Artistic Director of BBC Cardiff Singer of the World, said: “All 20 contestants are winners for having reached the finals and for impressing everyone here. But there can only be one winner and Andrei Kymach is a worthy winner who captivated all of us with his artistry and ability to connect with the audience. Everyone associated with the BBC Cardiff Singer of the World looks forward to watching his career develop in the years ahead.”

As previously announced, the Song Prize was won by tenor Mingjie Lei from China.

BBC Cardiff Singer of the World is organised by BBC Cymru Wales in association with Welsh National Opera and is supported by Cardiff Council.