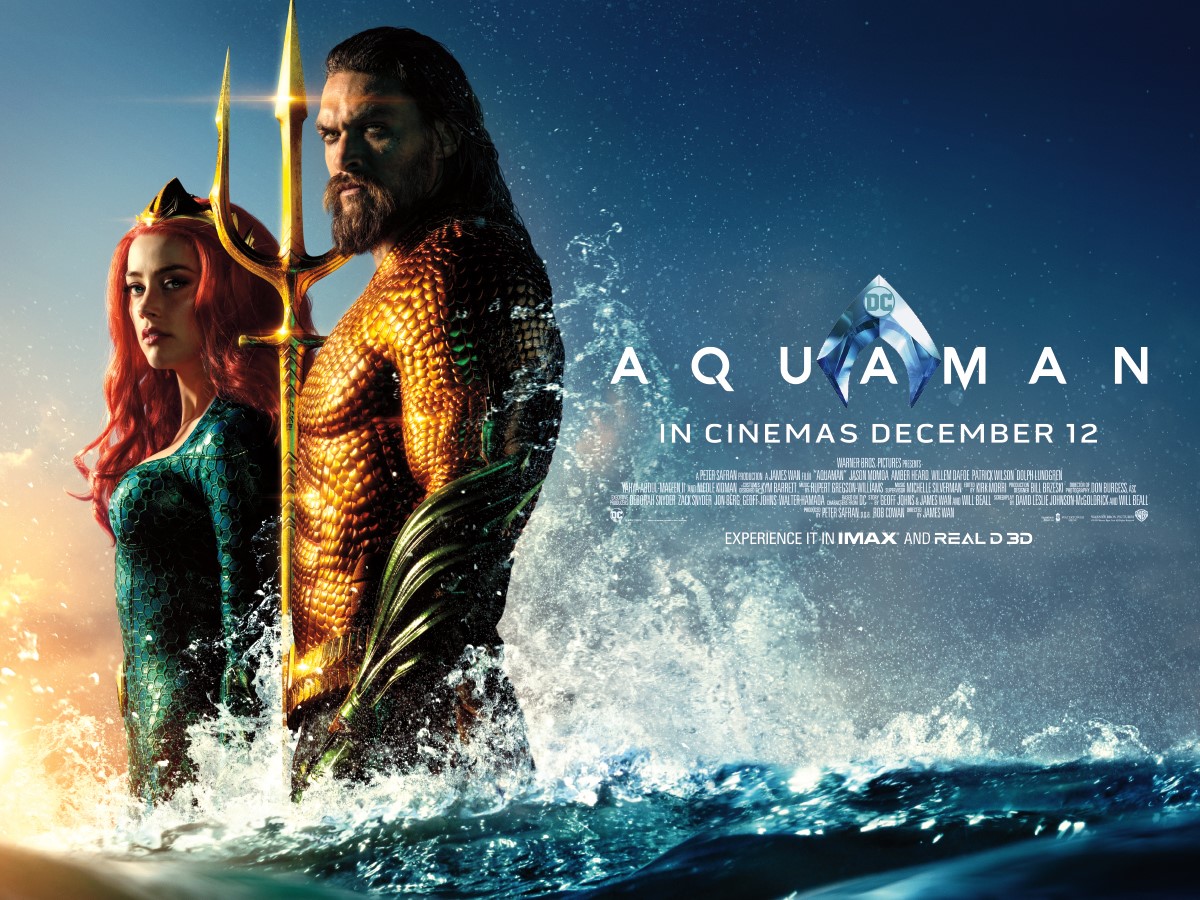 Perhaps not the most well-known or (superhero) fan favourite, Aquaman is from the DC Comics Expanded Universe which has brought the likes of Batman, Superman, Wonder Woman and Suicide Squad to the big screen. Some might have thought that by making a superhero film about a half man/half fish man may have been a step too far, even within the realms of the make-believe that any superhero film can throw at you. Granted, a man that can communicate with fish, underwater (and under land) ‘lost’ cities of an age and era so far advanced that it wiped them out before the rest of us humans have discovered fire, and then by also having underwater people riding sharks and crustaceans that act like vicious fighting dogs. What this film doesn’t fail to do is entertain you, it ‘really’ entertains you. Its a fun film albeit one that has some dark undertones about the way humankind is destroying the planet. Jason Momoa is excellent as the lead character of Arthur (Aquaman) and Amber Heard is the love interest that holds her own, and is not just the ‘love interest’. She makes an impression every time she is on the screen.

The rest of the cast is remarkable: in addition to bringing Willem Dafoe, Dolph Lundgren and Temuera Morrison in significant and useful appearances, the film allows the ever-underestimated Patrick Wilson to portray a villain who hesitates to eliminate his enemies, one who exhibits compassion, and more importantly, has motivations with which we can identify – particularly by pointing out how humans are heading towards self-destruction with its aggressive and polluting impulses – you may be on the side of Aquaman but you can’t help but agree somewhat with the reasons behind this bad guys plan. Finally, Nicole Kidman brings elegance and strength to Queen Atlanna, who also surprises in an excellent fight scene in the first act, perhaps with the help of special effects!

Action, as you can probably guess, is an essential element of Aquaman and is handled competently by the director James Wan that some of the scenes, like the one in Sicily is expertly filmed and staged that they wouldn’t look out of place in the latest James Bond film!

Yes, there is a lot of CGI in this film but, as I mentioned in the last paragraph, it’s not all CGI, there are some stunts and cinematography in this film that will blow you away. Go with an open mind, then switch off once the movie starts.

Its fun, it entertains, what more do you want!