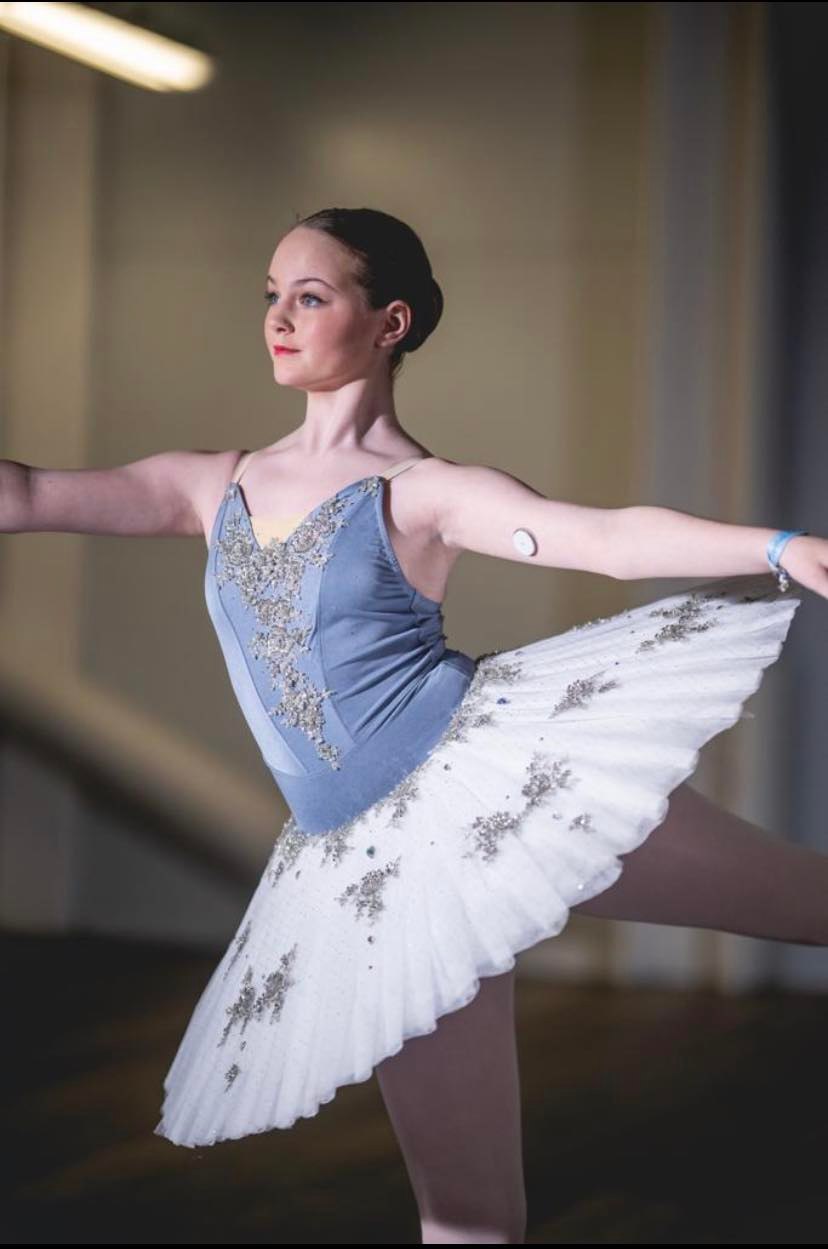 A Cardiff teenager who lives with type 1 diabetes has been chosen to represent Wales at an international dance competition.

Ballerina Olivia Bant, 13, has made the Wales team for the finals at the Dance World Cup in Spain, where she will take part in three solos, three groups and a quartet. Olivia was diagnosed with type 1 diabetes at the age of 10 and now uses a sensor (Libre) to monitor her blood sugar levels.

Her mother, Helen Brown said: “Olivia started doing ballet aged two and a half with a local ballet teacher and was very dedicated and passionate about it. She has worked hard and pre-covid was in class daily. But, Olivia’s journey with diabetes has been a hard one. She has inconsistent blood sugars and periods of very high levels. She has been admitted into hospital three times and never seems to get a smooth ride with it.”

Olivia found it difficult to accept her diagnosis and is very scared of needles: “Initially she didn’t want the Libre, as she was worried, she would have to inject more insulin, but her diabetes team insisted on it.  She hid it, wore bandages and plasters over it. She wouldn’t even tell her friends she had diabetes. While all this was going on she lost confidence in her dance abilities and nearly gave it all up”, added Helen.

Her older daughter Bella, who’s 15 also has type 1 diabetes, but had a different reaction physically and psychologically when diagnosed (also when she was 10) and took it all on board. Olivia had seen diabetes close up and despite having the support of her sister and family she still struggled and found the condition overwhelming. The transition to secondary school was also an added factor, as she knew no other children with diabetes.

However, Olivia bounced back and decided on a new start, wearing her sensor proudly and throwing herself into her passion for ballet and dancing. Last year, she joined a new class, made new friends and started to build some confidence back up.

Olivia loves animals and wants to become a vet if she’s not able to pursue a career in dancing.

Only five people in each country qualify for the prestigious Dance World Cup. Olivia and the rest of the Welsh team are currently looking for sponsors to help them represent Wales with ballet, jazz and lyrical categories. The £3000 entry plus, costumes, travel and accommodation all add up for the two-week competition in June in San Sebastian. Helen is now fundraising for the group to be able to afford to participate in the World Dance Cup: https://gofund.me/4098460f

Find information on the symptoms of type 1 diabetes and our campaign to raise awareness of these check: https://www.diabetes.org.uk/get_involved/campaigning/4-ts-campaign