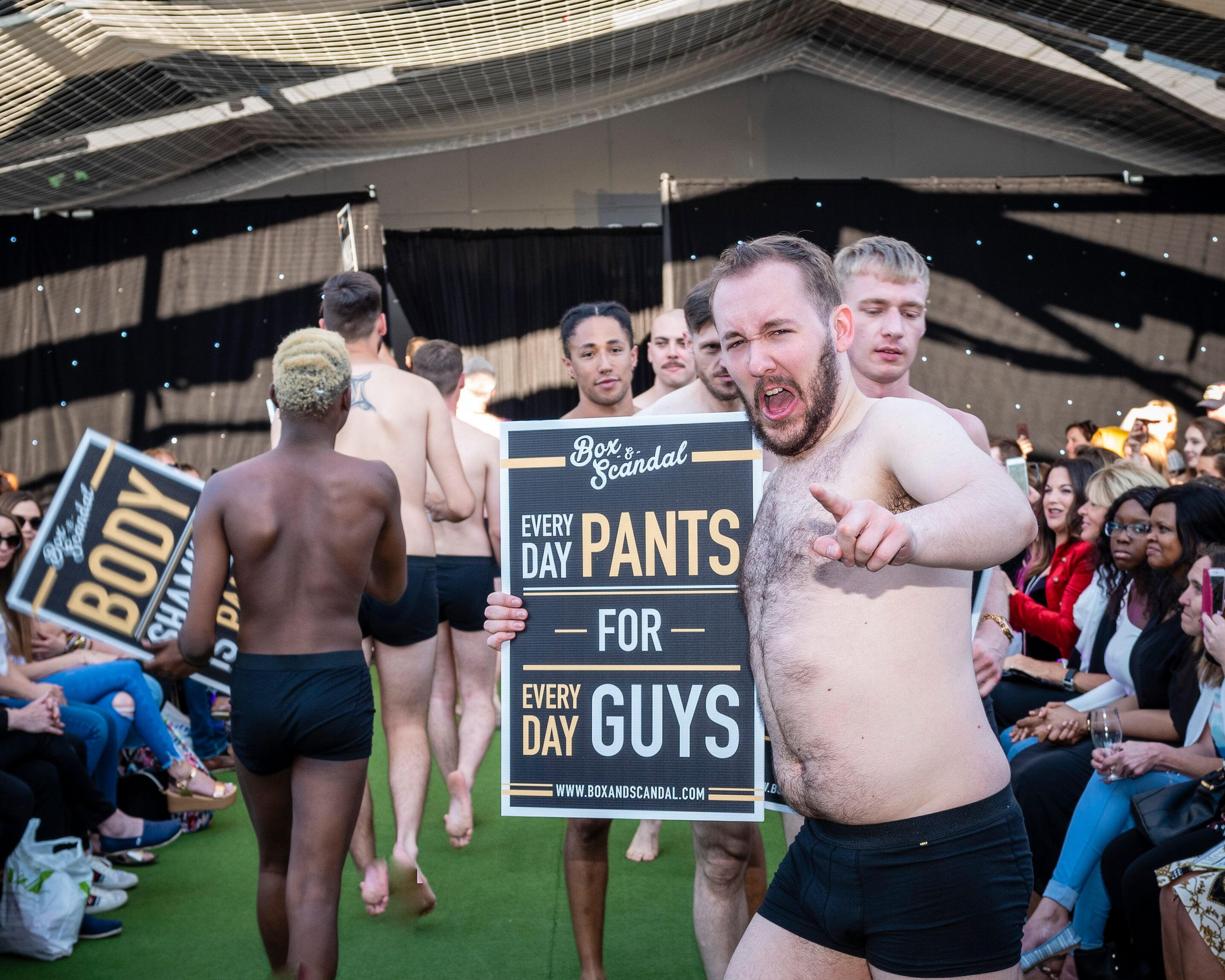 The show, which featured models holding placards with slogans including ‘Balls to Perfection’, ‘Make Love Handles Not War’ and ‘Body Shaming is Pants’, was designed to bring attention to the fact that the portrayal of male bodies in the media is just as harmful as that of women’s.

The brand kicked back against the industry norm of using chiselled male models by recruiting a group of ‘every day men’ to take part in the show. One model took part after recently beating prostate cancer – a charitable cause supported by Box & Scandal – while another felt brave enough to bare his body to the crowds for the first time, after years of self-loathing about his appearance.

Box & Scandal owner, Rob Nicholson, says: “It’s incredibly important that we make a stand against the unrealistic portrayal of men in the media, not least because the underwear industry is without doubt one of the worst offenders.

“There has, quite rightly, been a long campaign in women’s fashion to show diversity and real un-airbrushed female bodies, but despite male suicide being a huge – and rising – problem and men’s mental health in general being put under the spotlight in recent years, the finger is not being pointed at the media and advertising industries in the same way.

“We want to start a conversation about this, and Mental Health Awareness Week was the perfect time to make a stand. Thanks to Manchester Fashion Week, who also have a policy to use models from all ethnicities, able and disabled bodied people and those from across the LBGTQ spectrum, we were able to work together to launch this campaign.”

In a survey of 1005 boys aged eight to 18, the Advertising Association found that 53% of participants said traditional advertising created pressure to look good. Most of the boys had a low awareness of the image alteration of men’s pictures in marketing. Combined with the common belief they had that body-image issues are more likely to affect girls, this meant parents and teachers tended to be slower in recognising problems in boys, potentially affecting the level of support available to them.

Mental Health Awareness Week are also campaigning for change in this area, to improve the way society thinks and feels about our bodies with their #BeBodyKind campaign.