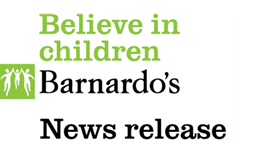 A pioneering new service which helps families overcome domestic abuse is about to start working with its 100th family, less than six months after it was launched.

Children’s charity Barnardo’s Cymru was awarded £950,000 of Home Office funding to help families across Gwent through the Opening Closed Doors project. It is the only project of its type in Wales.

A whole-family approach allows  both parent and child victims to receive support while the perpetrators of domestic abuse take part in programmes designed to change behaviour, rebuild relationships and keep families safe.

Laura Tomsa, Barnardo’s children’s services manager, said: “Domestic abuse can have a devastating impact on the mental health and wellbeing of both children and adults. In less than six months we’ve received 219 referrals including 99 families, proving that there is a real need for this kind of support.”

Thanks to the Home Office’s Children Affected by Domestic Abuse (CADA) funding, perpetrators  can take part in a 20 week programme focusing on behaviour change. Courses are run in Risca, Newport, Torfaen and Caerphilly.

Their adult victims benefit from a mix of one to one sessions and group work through the 10-week Integrated Women’s Support programme where they look at their past experiences and build resilience. Confidence building and wellbeing groups are also held.

Children and young people have their own 10-week  programme which looks at the trauma they may have suffered, self-esteem issues, coping strategies, safety planning and support networks. They receive help to talk about their feelings and have chance to meet other children who have been through similar traumas.

In the year ending March 31, 2018 there were almost 600,000 incidents of domestic abuse recorded in the England and Wales crime figures, an increase of 23% on the previous year, with a further 600,000 not recorded by police as crimes. The figures are believed to be the tip of the iceberg.

Marisa Moon, Assistant Director of Barnardo’s Cymru, said: “We recognise that domestic abuse is an epidemic with devastating effects on children and their families.”

Witnessing domestic abuse is one of the Adverse Childhood Experiences (ACEs) which can impact on a child’s adult life, leading to a range of potential issues, from shortened life expectancy to risk of imprisonment and mental health problems.

One young person who completed the programme said: “ I have learned things they don’t teach you in school and I’ve actually enjoyed it. I was a bit apprehensive at first but it’s good and the support worker is really nice and easy to talk to.”

The responses from women victims who have taken part in the project have been equally positive. One said: “It has opened my eyes to healthy relationships. Before I felt like I was asking for too much. But I now understand that I was in an abusive relationship and that support and respect are normal things to have.

“I had no knowledge about financial abuse, so didn’t realise there are many different forms of abuse and how someone can use it against you.”

One of the perpetrators said: “I thought I would attend this group and get shouted at but I haven’t. I have learnt so much.

“I have also recognised that I was in a toxic relationship that I should have left long before I did. If I had had the knowledge I have now I would have left and the abuse would never have happened. It is good learning for my future relationships.”

A couple working on inter-parental relationships said: “The service has helped us both communicate better, we don’t argue anymore and we actually talk about how we feel before anything gets blown out of proportion.”