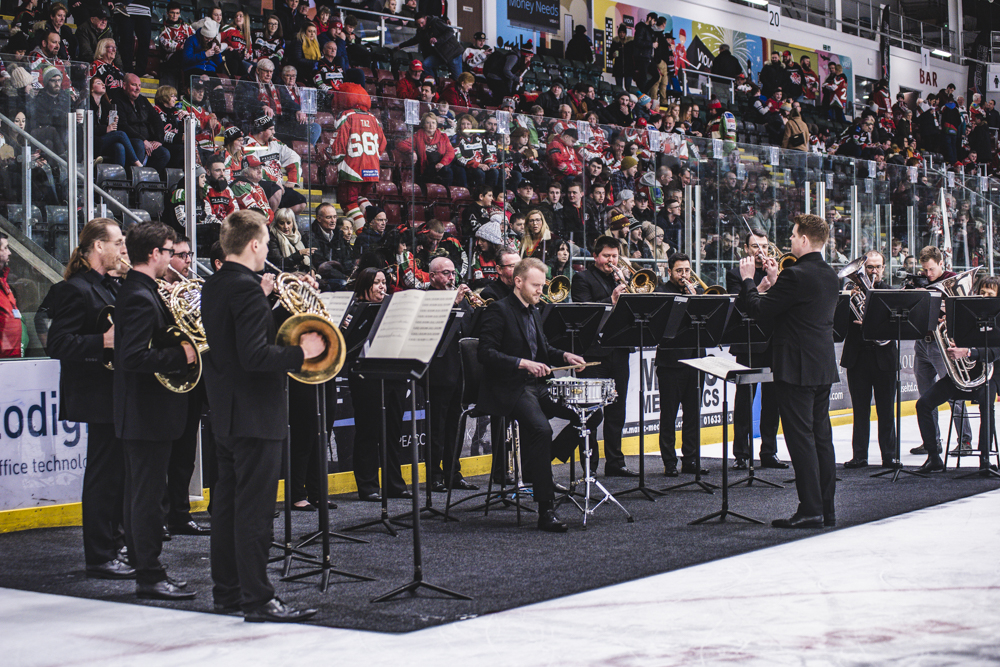 Members of BBC National Orchestra of Wales (BBC NOW) – including a former ice hockey player – joined ice hockey team the Cardiff Devils yesterday at the Viola Arena to give a special performance of Bolero, ahead of BBC NOW’s Bolero: Viva España concerts in Cardiff and Swansea this week. 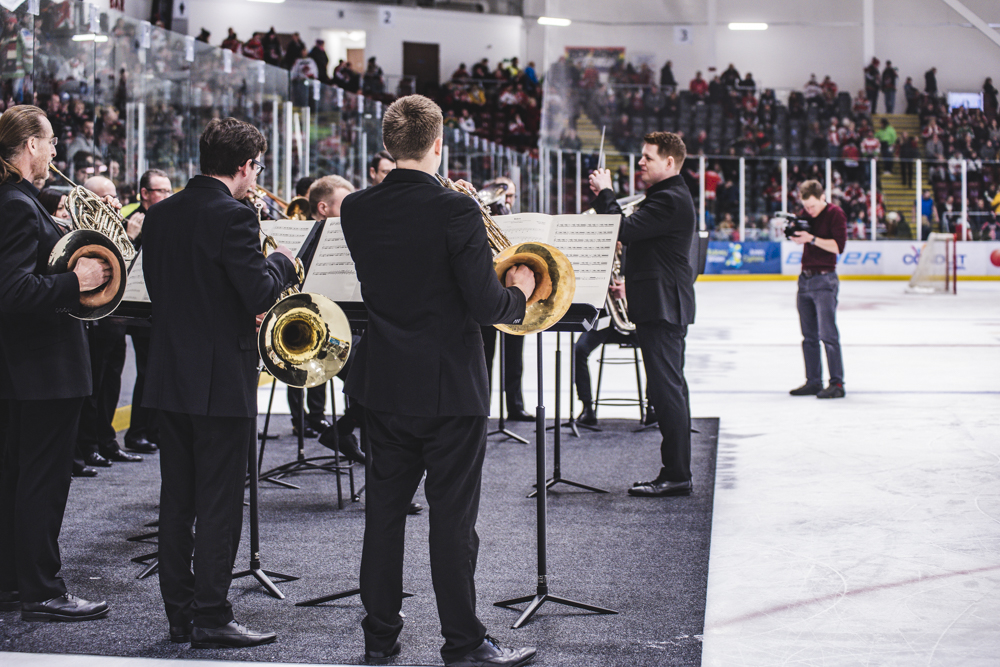 Ahead of the Cardiff Devils’ game in Cardiff Bay last night, sixteen members of BBC NOW took to the ice to perform a piece of music, which is synonymous with ice rinks all over the world. Bolero by Ravel was made famous 35 years ago [14 February 1984], when Jane Torvill and Christopher Dean won gold at the Sarajevo Winter Olympics. This landmark moment has led to Bolero becoming one of the most recognised pieces of music in the classical repertoire.

BBC NOW cheered on the defending champions of the British Elite Ice Hockey League and BBC Sport Wales Team of the Year, the Cardiff Devils, who won against the Sheffield Steelers 7-3.

Former ice hockey player and Principal Tuba player for BBC NOW, Dan Trodden formed part of the brass and percussion group that performed on the ice at the game on Sunday. Dan said “I was a member of the Junior Devils with Cardiff Devils player Matthew Myers from age 11-18. I then went on to play for the University of London Union, whilst studying for my degree, before retiring at the tender age of 22! Music and ice hockey formed the core of my youth, so it’s great to bring the two together again with Bolero at the ice arena.”

BBC NOW will perform the full orchestral version of Bolero at St David’s Hall, Cardiff [7 Feb] and the Brangwyn Hall, Swansea [8 Feb]. Hear the broadcast on BBC Radio 3 In Concert on the 11 February. Find out more: bbc.co.uk/now

Discover how defining moments like Torvill and Dean’s Bolero performance helped classical music gain universal appeal in Our Classical Century throughout the year on BBC Four, Radio 3 and on BBC Sounds. Find out more: bbc.co.uk/OurClassicalCentury #OurClassicalCentury