Benidorm Live at The New Theatre 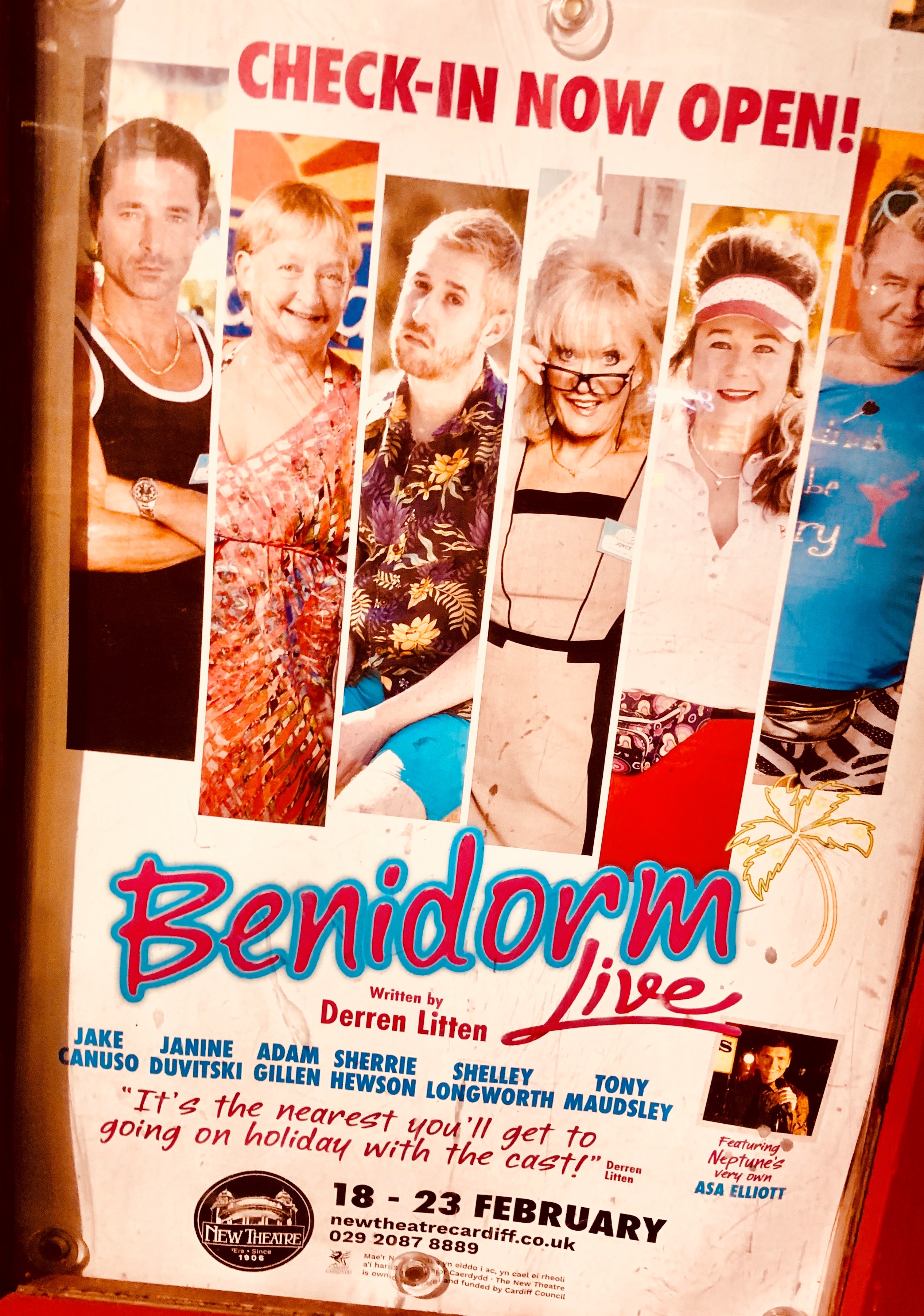 Wow!! Derren Litten’s iconic tv series ‘Benidorm’ has a new home, the classic theatre stage! Opening the show at Newcastle theatre royal in 2018, it’s had rave reviews and we were extremely excited to see it here at Cardiff times. It had that recognisable British humour that we all know and love and it was incredible to see the original TV show cast members involved. From the fabulously camp Kenneth (Tony Maudsley) to the swinging larger than life character Jaqueline (Janine Duvitski). We were sceptical of how it would transition to the stage but it couldn’t have been any better in our eyes. The whole cast played their characters perfectly and really engaged with the audience. We have to mention the character of Mateo (Jake Canuso) who really can dance, his flamenco dancing was superb! The set was incredibly tasteful and the scene changes really flowed perfectly. It also stars Neptune’s (Benidorm tv show’s nightclub) very own Asa Elliott, who belted out some real classic songs and had the whole audience singing along. There are also some new characters who matched perfectly with the more established characters from the tv show. We laughed from beginning to end and were thoroughly entertained! This really is a first class stage show and you’ll leave with a huge smile on your face. Returning cast members the famously deluded Joyce Temple-Savage (Sherrie Hewson), rip off merchant Sam wood (Shelley Longworth) and the loveable and clumsy LIam Conroy (Adam Gillen) all played their parts brilliantly and had the audience crying with laughter. The story line was brilliant and true to the original TV show’s style of comedy.

Congratulations to Derren Litten and all the cast for delivering such a spectacular show, there is talk of a movie next year, we can’t wait! He also wrote sketches for the hilarious Catherine Tate TV show and his immense talent for writing comedy really shined through.

My showbiz column partner Carl Marsh, who attended with me said this “Dare I say it but the live show is funnier than the TV show! I didn’t know what to expect as I watched the first series on the TV, then only dipped in every now-and-again with each subsequent series. And to think my father lives in Benidorm for four months every year, and I have never been to see him, so by watching this live show, it has ignited wanderlust for me to visit. It’s fun, it’s different (with singing and dancing in spurts), it’s so well written and the cast is on top form”.

It’s currently playing at the New Theatre Cardiff until Saturday 23rd of March. Get your tickets now, you won’t be disappointed! ⭐️⭐️⭐️⭐️⭐️