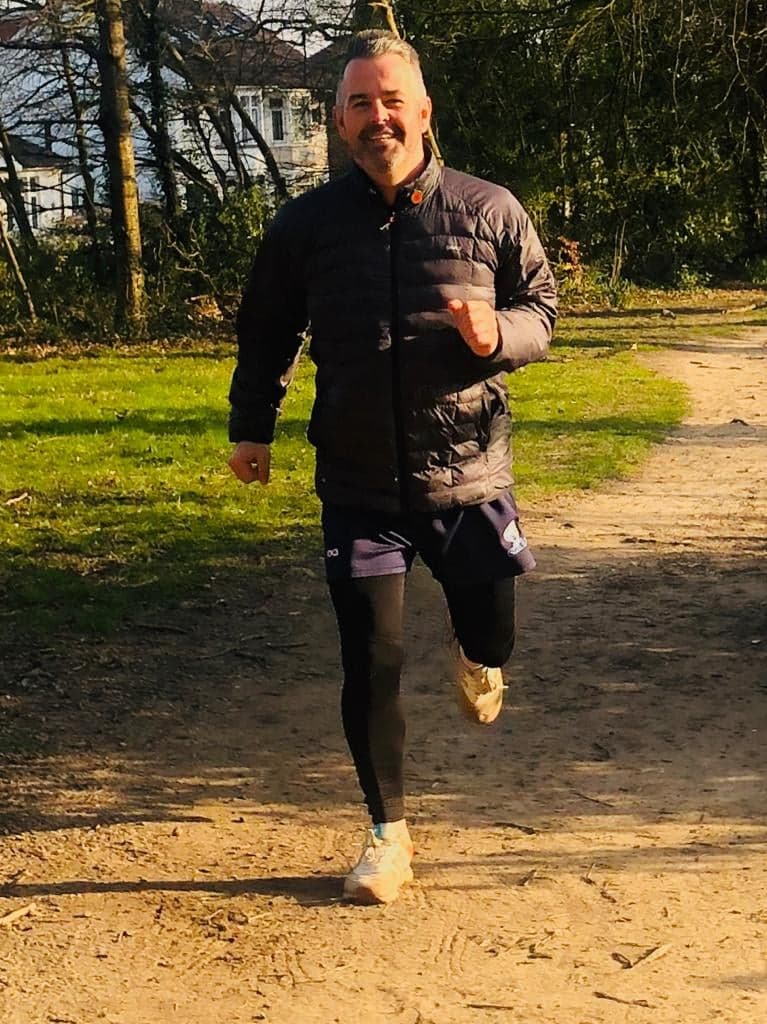 Completing a half marathon is a huge challenge by most people’s standards. But Cardiff man Gareth Davies won’t let anything stop him from finishing his 13.1-mile run – including sight loss.

Gareth,  is taking part in the UK-wide Marathon Mates challenge this September to raise funds for sight loss charity RNIB. He will run a half marathon route around his local neighbourhood.

Gareth was diagnosed with retinitis pigmentosa aged 19 and was registered blind five years ago. As a keen rugby player, he was initially devastated when his condition deteriorated and worried that he would never enjoy sports again.

Fortunately, Gareth’s friends rallied round and encouraged him to rediscover his flair for fitness by joining the UK Visually Impaired rugby team.

He also took up running again, setting himself lofty goals. In 2019 Gareth ran 100 kilometres in 24 hours in support of Blind Veterans and tackled 50 kilometres over five days for the Change Foundation earlier this year.

Gareth said: “I’ve always loved sport but really found my passion for running in the past couple of years. I was originally training for an ultra-marathon in Scotland which has now been cancelled, so I’m very excited to take on the Marathon Mates challenge instead.

“Lots of charities are struggling financially at the moment. RNIB helped me so much when I was registered blind, so I thought it was important to give something back. I’m splitting a full marathon distance with my old school friend Alice in Leicester – she’ll be running the other half on the same day.

“It can be hard to know how to start exercising when living with sight loss, but I am proof that it can be done. The most important thing is to prioritise your own safety, start off slowly and take your time. It doesn’t matter how fast you go, you can even walk it, as long as you enjoy the process. I want to show people that losing your sight doesn’t have to get in the way of doing the things you love.”

RNIB Cymru Director Ansley Workman said: “Inspired by the way many people with sight loss run with a guide runner, Marathon Mates is all about running together.

“Whether miles apart or side-by-side, participants pair up and run 26.2 miles between them during the month of September. It’s completely unique and inclusive to all abilities, so anyone can take part.

“You can run with a partner, housemate or a sibling, or virtually pair up with someone on the other side of the country. The marathon distance can be split however you like – go equals at 13.1 miles each or find a split that works for you both.

“All the money you raise will support blind and partially sighted people across the UK, helping RNIB provide practical and emotional support to anyone affected by sight loss, as well as supporting us to create a world without barriers and campaign for change.”

For more information or to sign up, please visit: https://marathonmates.rnib.org.uk/