Bonus points for youth rugby side after kit donation

A newly established youth rugby side in Ely, Cardiff, is preparing for a season of success after receiving a donation of brand new match kits from Principality Building Society. 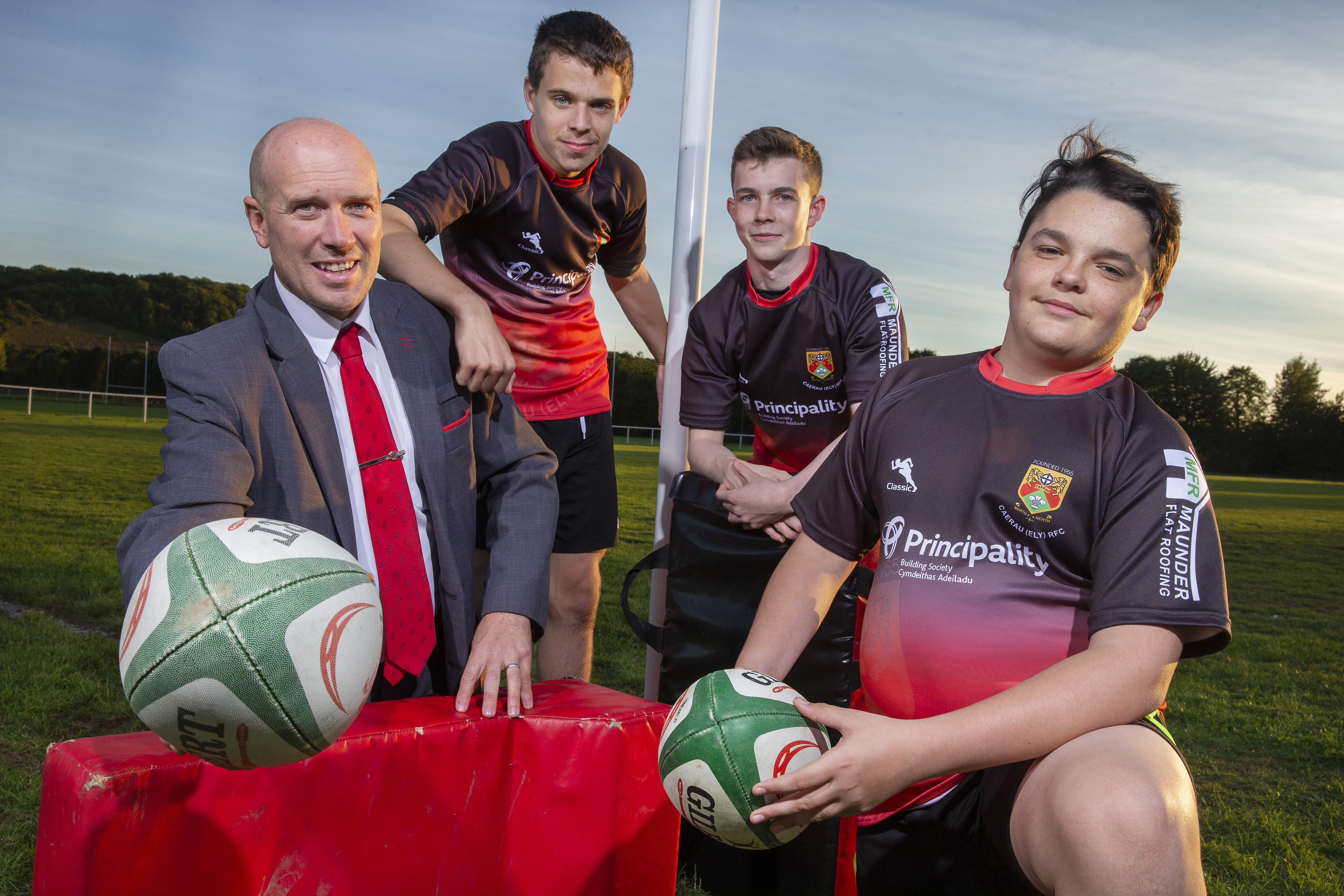 The match kits were donated to Caerau Ely RFC’s new under 15s side, established in August of this year. The kits had their first run out on Sunday (30 September) in an under 15s Blues Cup tournament set up by the WRU, watched by parents and supporters from the local community at the iconic Cardiff Arms Park.

Caerau Ely’s under 15s side was established with support from School of Hard Knocks, a charity which uses sport to tackle unemployment, crime and poor health across the UK.  The new team has provided secondary school aged young people with an opportunity to play for a rugby club in Ely for the first time.

Caerau Ely’s under 15s now has 19 young players from the local community, most of which had previously only played rugby for Cardiff West Community or Mary Immaculate high schools, and is looking ahead to its next game against Abergavenny RFC.

Andrew Gay, senior manager at Principality’s Canton branch, was there to deliver the brand new kits before the game.  Andrew said: “Our commitment to the Ely community goes beyond the relationships we build with customers in branch.  We’re proud to support School of Hard Knocks and Caerau Ely RFC’s new youth side with these kits.  It’s fantastic to see the level of support for the young players at Trelai Park so far and we wish them every success in the future.”

Principality has worked with School of Hard Knocks since 2016, where it embarked on three years of support for three Welsh charities and has seen the building society raise well over £300,000 for School of Hard Knocks, Cancer Research Wales and homeless charity Llamau so far.

Liam Mackay, an Ely native and School of Hard Knocks coach and mentor, said: “From the volunteers who give their time each week, to the supporters on the side-lines, this team really shows how important sport can be in bringing a community together.  I play for the Caerau Ely seniors and have experienced first-hand the positive effects of playing in a rugby team.

“It was really important for us to give Ely’s young people a chance to play rugby outside of school – an  opportunity to develop their team building skills and grow as individuals in a nurturing environment – and Principality’s donation and continued support has been invaluable in making that happen.”