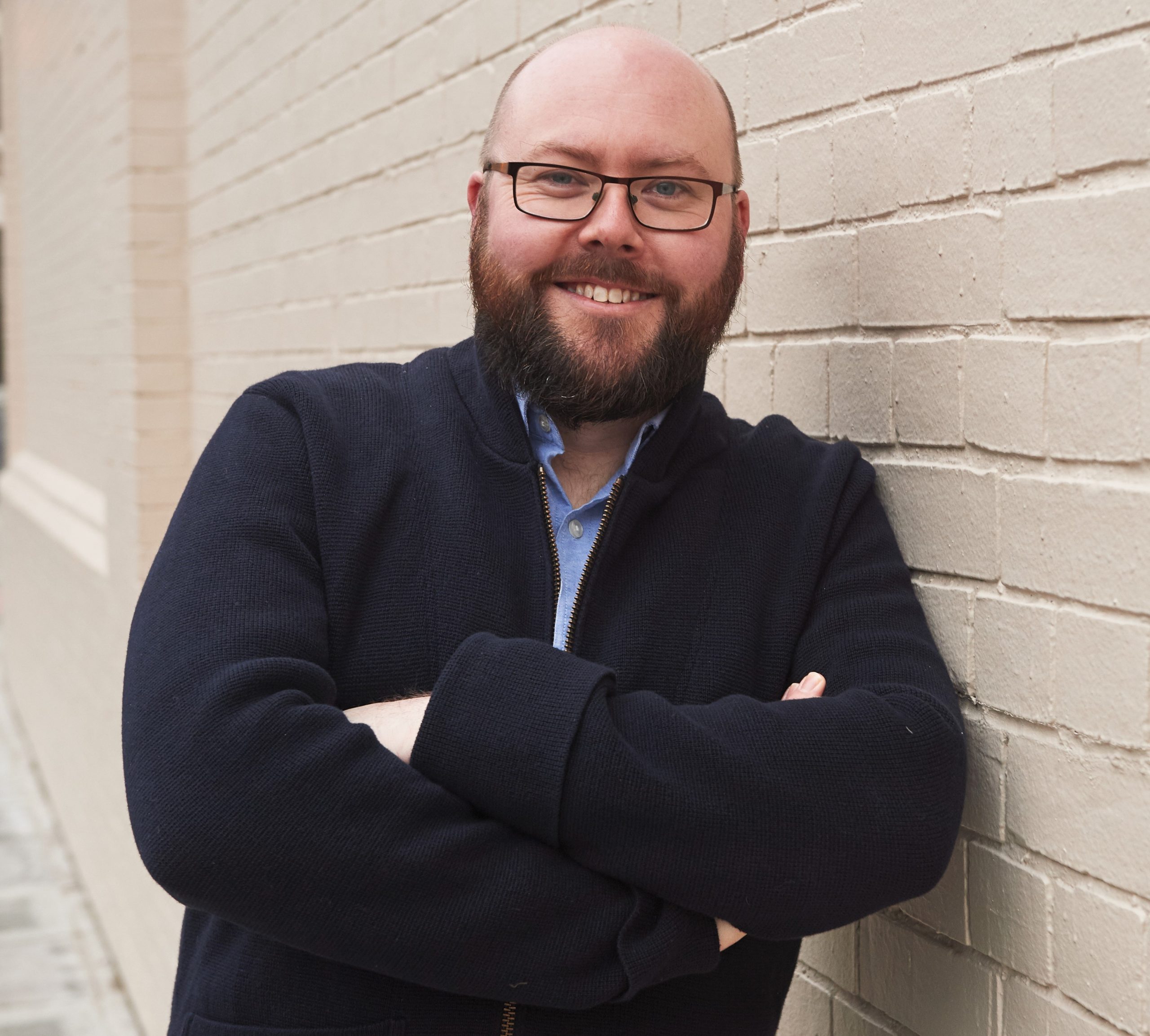 I fell in love with books when I was three years old and my mum read me The Magic Faraway Tree by Enid Blyton. It was the first time I’d ever really been transported by a story. Suddenly, I could leave my bedroom in Newport behind and explore the host of magical new worlds that Blyton conjured up. The words on the page were hers, but the experience was all mine – it felt very personal and precious, and it’s stayed with me my whole life. More than 35 years later, I still get excited by the prospect of turning a page and finding myself… anywhere!

That excitement has been especially welcome during the Coronavirus lockdown. It’s more important than ever to give ourselves an escape route from the monotony of daily life, and I hope that my own books do the same thing for my readers. In the Train to Impossible Places Adventures my heroine, Suzy, is propelled from one strange world to another on board a magical postal train, and never quite knows where she’s going to end up next.

If you or your children fancy escaping lockdown (at least in your imaginations), here are some of the best stories I’ve read recently.

The Tunnels Below by Nadine Wild-Palmer

The London Underground has always seemed like a world unto itself, which proves to be very much the case in this brilliant urban fantasy. When 12-year-old Cecilia strays onto the wrong tube train, she finds herself transported to a shadowy underground world of animal-headed people. She has to use her wits and courage to decide who to trust, and find her way back to the surface before the sinister Corvus – bird-faced rulers of this underworld – catch up with her. Atmospheric, intriguing and recommended for young fans of Neil Gaiman.

Not all great fantasy stories are set in strange and exotic locations. This one takes place in the possibly strange, but certainly less-than-exotic setting of Abergavenny, where a hound of the Wild Hunt (the ghostly procession of gods and monsters that thunders through the sky in Welsh and Norse mythology) accidentally falls to Earth. Trapped in the form of a puppy, Storm is adopted by young Jessica Price and her family, newly arrived from London. Jessica and Storm both struggle to adjust to their new life together, unaware that a group of greedy wizards is closing in, intent on using Storm’s hidden magic for their own ends. Storm Hound is charming, heartfelt and frequently funny. A must for fans of Diana Wynne-Jones.

The Dragon with a Chocolate Heart by Stephanie Burgis

Aventurine is a restless young dragon who dreams of becoming the most ferocious creature in the mountains. Her plans are derailed though, when she’s tricked into drinking some enchanted hot chocolate that transforms her into a powerless human girl. Drawn to the city of Drachenburg, Aventurine finds work in the kitchen of a struggling chocolate shop. But while she tries to make a new life for herself (along with the perfect chocolate tart), the king is preparing to wipe out the dragon family she left behind.

If you enjoy the warmth and humanity of Studio Ghibli movies, you’ll love this. The whole story is suffused with the taste and smell of chocolate, and is guaranteed to make you peckish.

If your kids have finished the Harry Potter books and are looking for a new fix, give them Nevermoor.  It’s the tale of Morrigan Crow, a cursed child doomed to die on her 11th birthday. Morrigan is resigned to her fate until she’s saved by charismatic benefactor Jupiter North, who whisks her away to the magical city of Nevermoor. She’s not quite out of danger yet though – she must pass a series of trials to gain membership of the Wundrous Society, an academy for people with unusual gifts. The trouble is, Morrigan doesn’t have any gifts, unusual or otherwise. And if she doesn’t find one quickly, she’ll be sent back home to meet her fate.

Hugely inventive and bursting at the seams with colourful characters, Nevermoor has everything you could want from a fantasy adventure and more besides.

If the summer months are already proving a bit too hot for you, why not cool down with a trip to the arctic? Rose is a child who’s born to wander, and when a talking polar bear arrives at her family’s farm offering to take her north, she can’t refuse. So begins an epic tale of mystery, unrequited love and dark enchantment, as Rose attempts to uncover the secret at the heart of the bear’s frozen palace.

I went into this story blind, but I was hooked within the first few pages and it’s haunted me long after I finished it. This is a longer read, so more suitable for older children.

Thank you Peter for the recommendations.

Cardiff-based author P.G. Bell was in the top 5 best-selling children’s debuts of 2019 in the UK with the first in his Train to Impossible Places series. The series has garnered praise from The Sunday Times (“Rollicking entertainment”), The Sunday Express (an unforgettable journey), and The Observer. The Guardian compared Bell’s writing to Douglas Adams and Terry Pratchett. The second in the series, The Great Brain Robbery,  was published on 2nd April.

Suzy can’t wait to return to the Union of Impossible Places on the Impossible Postal Express. But when she arrives, she overhears a dastardly plan to destroy Trollville from a shadowy and unexpected villain. Suzy and her friends must race from magical cloud-worlds to secret caverns to catch the culprit, before Trollville comes crashing down…

The Train to Impossible Places was shortlisted for the Waterstones Children’s Book Prize, the Independent Bookshops Week Book Awards, and the CrimeFest Book Awards for Best Crime Novel for Children.

Books can be purchased at: https://usborne.com/browse-books/catalogue/product/1/14590/the-great-brain-robbery/ 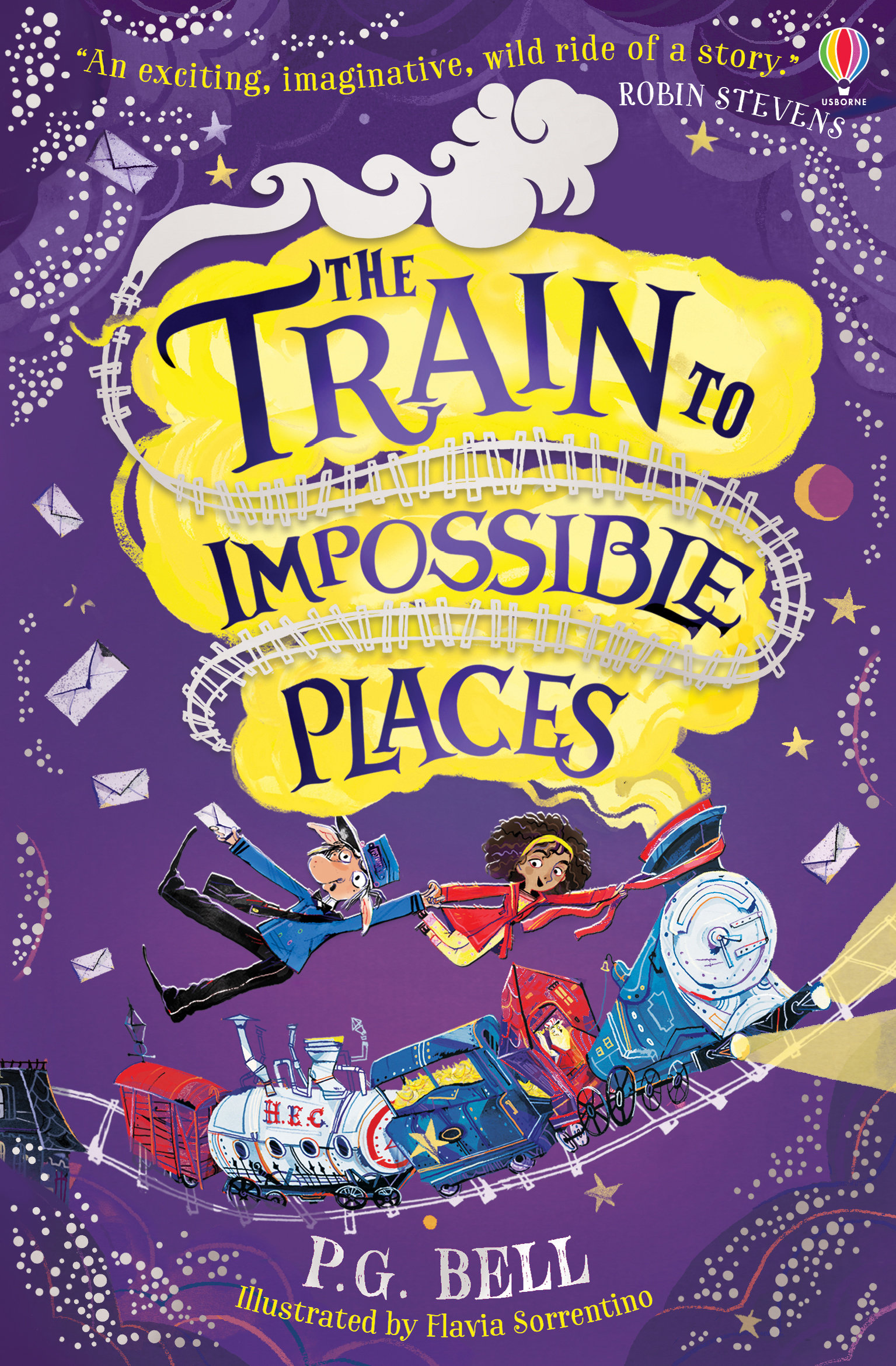 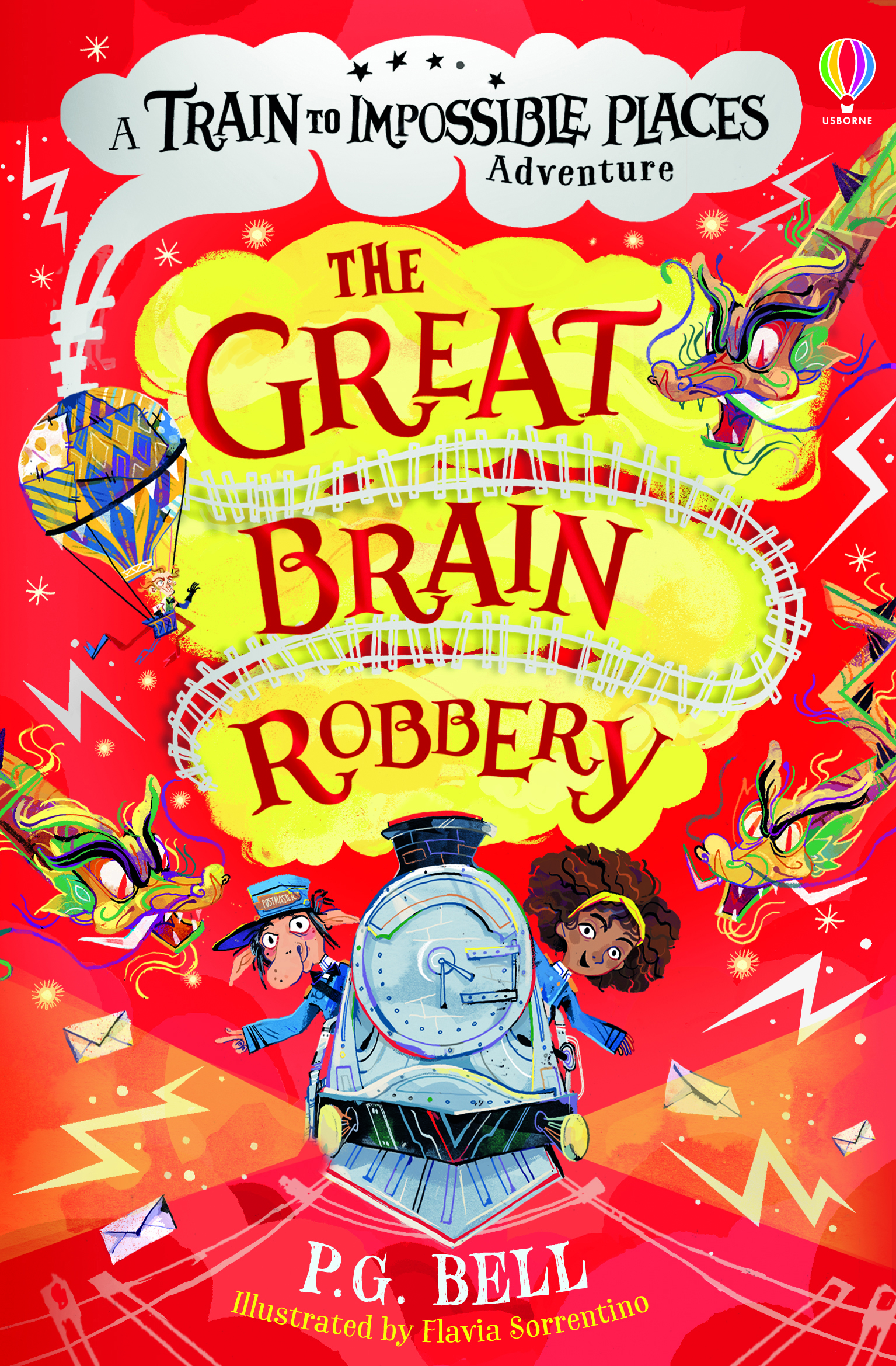