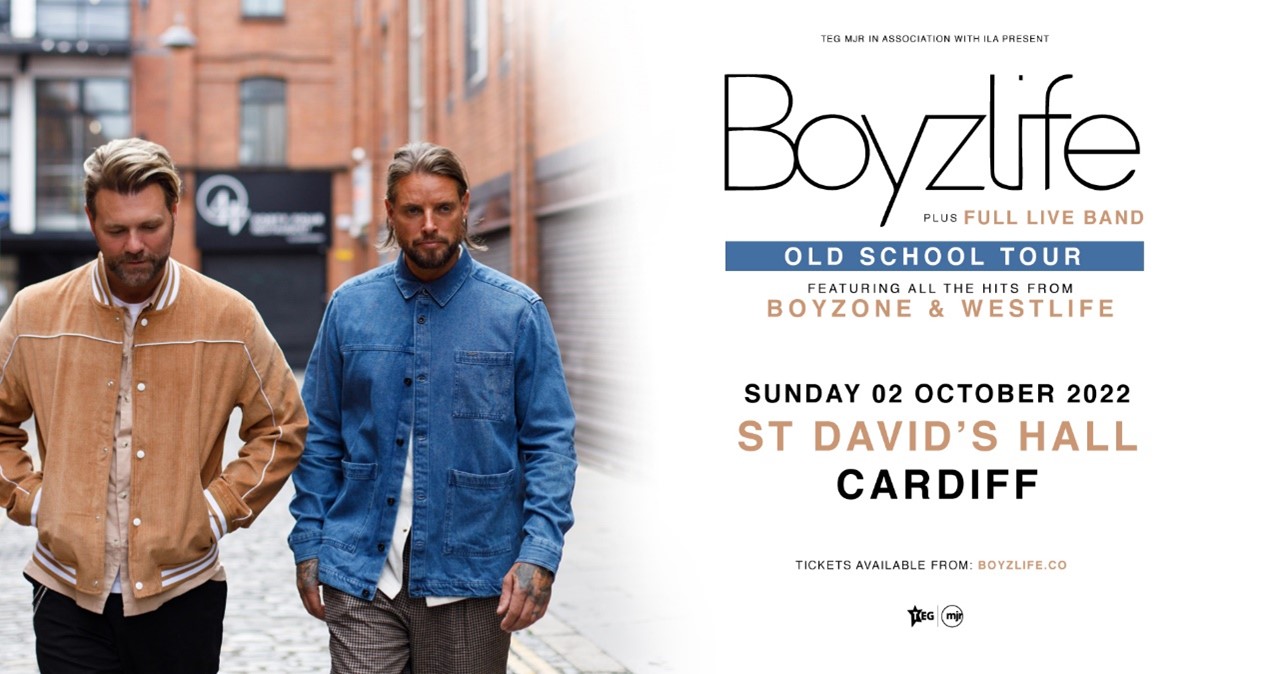 Boyzlife announce the ‘Old School’ headline tour across the UK, which will see the band perform new songs from their upcoming original material studio album, ‘Old School’, due on May 6 and classic hits from Boyzone and Westlife.

Boyzlife will kick off their colossal 27-city outing on Monday 22 September at Liverpool’s premier arts and entertainment the Philharmonic Hall, and make a stop at Cardiff’s St David’s Hall on Sunday 2nd October.

Boyzlife is the supergroup formed by long time pals Keith Duffy and Brian McFadden who previously appeared as members of ’90s and ’00s boybands Boyzone and Westlife, respectively. With Boyzone, Keith Duffy enjoyed six UK number one singles and 16 out of 17 of their first single releases making the top 5. With five number one albums also to their credit, Boyzone achieved worldwide sales of over 25 million records. Brian McFadden has enjoyed similar success, including 12 UK and Ireland number ones as a member of Westlife, and a record breaking seven top spots in a row. The band also boast four number 1 albums and over 30 million record sales in total. Since Westlife, Brian has embarked on a successful solo career, including a UK number 1 single with ‘Real to Me’. ‘Strings Attached’, the debut album by Boyzlife, featured 9 UK Number 1 songs from Boyzone and Westlife, performed by Keith, Brian and accompanied by the world famous Royal Philharmonic Orchestra in London. The band’s debut record was released on 17th July 2020 topping both the UK & Ireland’s iTunes and Amazon music charts immediately, the album charted at #12 in the UK Official Album Chart.

Tickets are on sale now via Ticketek.co.uk.