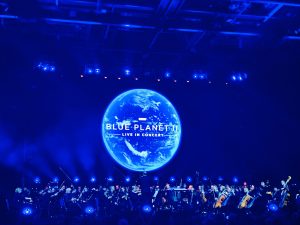 The BBC hit show ‘Blue Planet II‘ has transitioned to a live in concert tour, accompanied by a full symphony orchestra (City of Prague orchestra) conducted by Matthew Freeman, with music by Hans Zimmer, Jacob Shea and David Fleming for Bleeding Fingers Music and hosted by Anita Rani. The series took 4 years to to film and produce, so a tremendous amount of time (6000 hours to be precise) and effort has been invested into deep sea exploration.

Carl Marsh and I attended the Cardiff performance to see if the transition from screen to stage would work, and we are delighted to say it absolutely did! From sex changing kobudai fish to the Portuguese man o’ war fish with its tentacles averaging 30 feet in length! We really were treated to a fascinating deep sea adventure. We were intrigued to see how the live performance would work without the iconic narration from Sir David Attenborough but it did and gave the show a different angle. The city of Prague orchestra were sensational and really intensified some of the more suspenseful scenes, like Brazilian crabs being hunted by moray eels. The state of the art 4K projection system really highlighted the beauty of our oceans and wIldlife along with the use of spectacular Lighting. The use of ambient strobe lighting magically accompanied a colourful jellyfish scene and really had the wow factor! 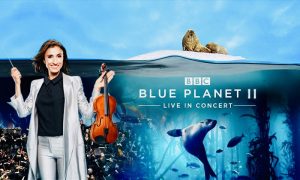 I also have to mention the little tusk fish called ‘Percy’ who has mastered a way to open clams using a piece of coral, it was truly captivating! The production team toured 39 countries, filmed on every continent and covered every ocean, how remarkable! Series producer Mark Brownlow was also in attendance and said “The scale of life in the ocean is unsurpassed”, which intrigued me to want to know more of the astounding sea life we have or haven’t discovered yet. The live show also had an important message of how ocean plastic pollution is a real issue and we need to really act now to ensure our beautiful sea life remain. The audience were given ‘Just water’ on the way out, with the packaging made from mostly paper and is 100% recyclable. I hope leading brands follow this ethic, as it’s now more crucial than ever to protect our beautiful blue planet. Another example of how climate change is effecting ocean sea life, was how the Artic walrus’s are being affected by the melting artic ice, as they are unable to find slabs of ice big and thick enough to pull their babies up onto and keep them alive. This really was a heartbreaking scene and delivered a powerful awareness message of how we need to do more to tackle global warming, with the yearly minimum Artic sea ice extent (occurring in early to mid-September) decreasing by more than 40%. This really is a shocking statistic and really bring things into perspective. Anita Rani’s hosting skills were superb, she really engaged with the audience and showcased pure passion for the whole experience. I would like to commend the whole team behind this magical show including BBC studios and FKP Scorpio and can’t wait for the new Blue Planet live series, which airs on BBC ONE, on Sunday the 24th of March 2019, don’t miss it! 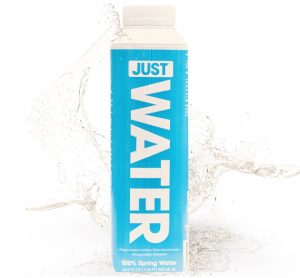 My colleague Carl Marsh has this to say “When Anita Rani walked onto the stage, ahead of the orchestra and choir singing, or even the massive 4k TV screen commencing with any film, she mentioned that we, the audience, will be whisked away and taken on a voyage of discovery and that we would get ‘lost’ in the production. It didn’t take long for this to happen. There were many times when I was viewing the screen, that I forgot a live orchestra and choir were providing all the music. It was surreal. It was almost dreamlike. By the end of the show, I left elated, yet somewhat exhausted mentally by the visuals I had seen. The music was not vociferous in any way, yet was so encompassing, I felt like I was sitting at home, and not with hundreds and hundreds of people in the Motorpoint Arena in Cardiff, on a windy and wet Thursday night. This was the first night of the UK and Ireland tour and made even more special in that the series producer and staff were in attendance, and were given a massive round of applause by us, the audience. If you love our planet, you will appreciate this show. If you don’t care so much about our world, then still see this show, it will change your beliefs”.