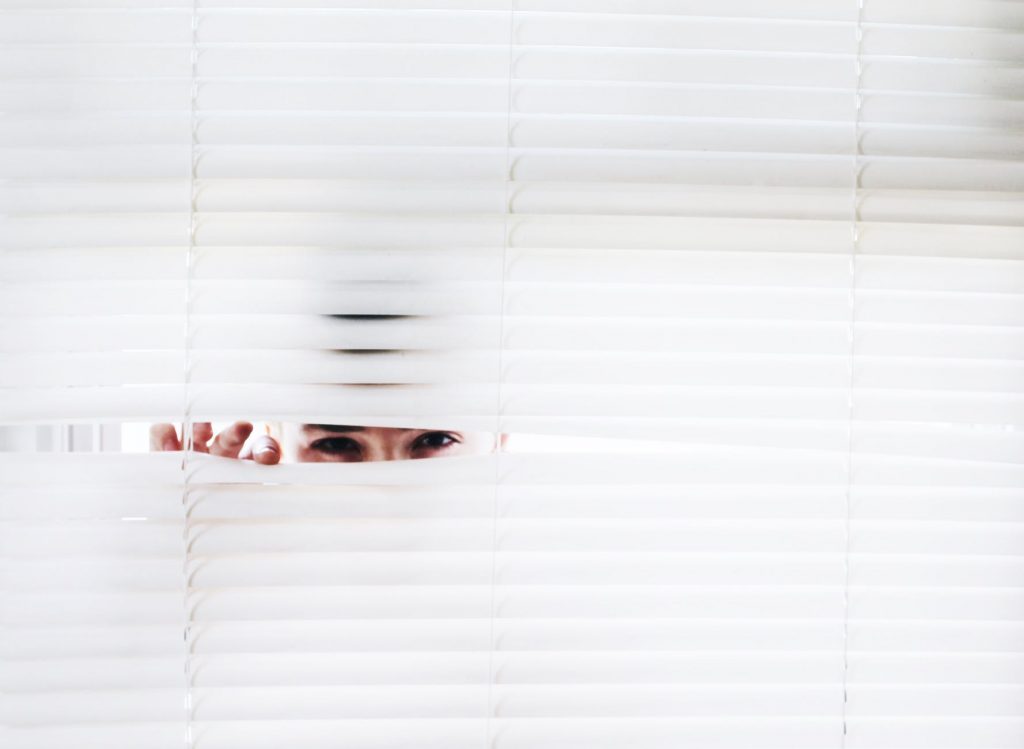 In a study of 2,000 adults, 41 per cent admitted to keeping a closer eye on their neighbours’ movements since the pandemic struck.

Peeking at those not observing lockdown rules or not clapping for the NHS – and looking out for groups of youngsters hanging around are among the most common behaviours to keep a watchful eye on.

Others have also kept tabs on neighbours who have hosted a barbecue when not permitted, had a nosy at what kind of deliveries they have been getting or if they’ve had workmen in and out of their house.

It also emerged nearly half of respondents considered themselves to be nosy, having always kept a beady eye on street activity.

But 14 per cent admitted to picking up the habit since the start of lockdown.

A spokesman from Swift Direct Blinds, which commissioned the research, said: “Much of the nation has quickly adapted to being at home more than ever in their lifetime.

“It’s only natural at times that residents have looked out of the window to see who is speaking to who – and doing what.

“Unsurprisingly, many seem to like to make it a bit of a covert mission, taking cover behind their blinds and curtains to not be seen snooping by fellow residents.”

The survey also revealed one in five adults have been branded a ‘curtain twitcher’ by someone they lived with while gazing out of the window.

And during lockdown, respondents estimated they’ve spent upwards of 10 minutes a day gazing out the window checking on other people’s movements.

How someone’s parking, or who is parking in front of their home was another reason for people keeping an eye on what’s happening outside their house.

One in 10 also admitted to rationing their used alcohol bottles and cans in their recycling boxes so fellow nosy neighbours didn’t think they were drinking too much.

When it comes to tactical reconnaissance, nearly a third peer out of the same window each time, with six in 10 preferring to mix it up and switch windows to get a better view of the action.

The nation was split when it came to hiding though – with half ballsy enough to be seen watching on, but the others preferring a covert approach.

But aside from shifting the curtains, 17 per cent thought the classic venetian blind was the best option for snooping on neighbours, according to the OnePoll findings.

It also emerged stealing a look through blinds or curtains, opening a window to listen in on a conversation and cupping your ear to the wall to hear what’s going on were seen as sure signs you’re a nosy neighbour.

Other indicators included having a look through someone’s letterbox or window when a neighbour isn’t home, peeping over the fence and sneaking a look at a parcel that’s been delivered to you for someone next door.

When out and about, 36 per cent even admitted they enjoy having a look through the front room window of others when walking by if their blinds are open.

But nearly half of those polled saw their alertness to events on their doorstep as a sense of duty from a neighbourhood watch sense – while nearly a quarter said they just do it out of plain nosiness.

And following the end of lockdown, 48 per cent say they’ll continue their curtain twitching ways.

A spokesman from Swift Direct Blinds, added: “Whether you’re nosy or not, blinds provide a great option to retain privacy while enjoying a good view outdoors – whoever or whatever you may be looking at.”

1. Who has parked outside the house
2. Why the dog is barking
3. Who is having a row
4. If they’re having visitors in their home
5. Who is playing loud music
6. How many visitors are over
7. Who they’re speaking to
8. Who is having work done on their house
9. The general state of their garden
10. If they’re stood more than two metres from a guest
11. To look at how garden renovations are coming along
12. Eavesdropping on conversations
13. What DIY jobs they’re doing
14. Who’s having a barbecue
15. What plants they’re planting in the garden
16. What the kids are up to
17. How often they cut their lawn
18. What’s on the washing line
19. What colour they’re painting the front door
20. What they’re doing in their living room