British Airways’ team of expert engineers at Cardiff has welcomed one of the airline’s 16 Boeing 787 Dreamliner aircraft for the first time for planned maintenance.

The in-depth inspection was successfully completed by a specially trained team of engineers and included emergency evacuation slide checks, engine ground runs, and a top to bottom review of the cabins, which saw all of the seats removed and transported to British Airways’ Interior Engineering (BAIE) in Blackwood for a full overhaul.

Preparation for the aircraft almost a year ago with dedicated 787 training programmes for BAMC experts including mechanics, technicians and safety specialists. The facility now boasts more than 120 specialists with the specific training to work on the 787 aircraft fleet.

Sixteen of the airline’s licenced aircraft engineers have successfully completed the intensive 45-day 787 course allowing them to certify the maintenance work carried out at BAMC.

“We’ve received the best training and have the very best equipment to ensure the 787s are maintained to the highest standards.

“We are pleased to be able to do our bit to make sure our customers have enjoyable flights wherever they are flying on our 787s.” 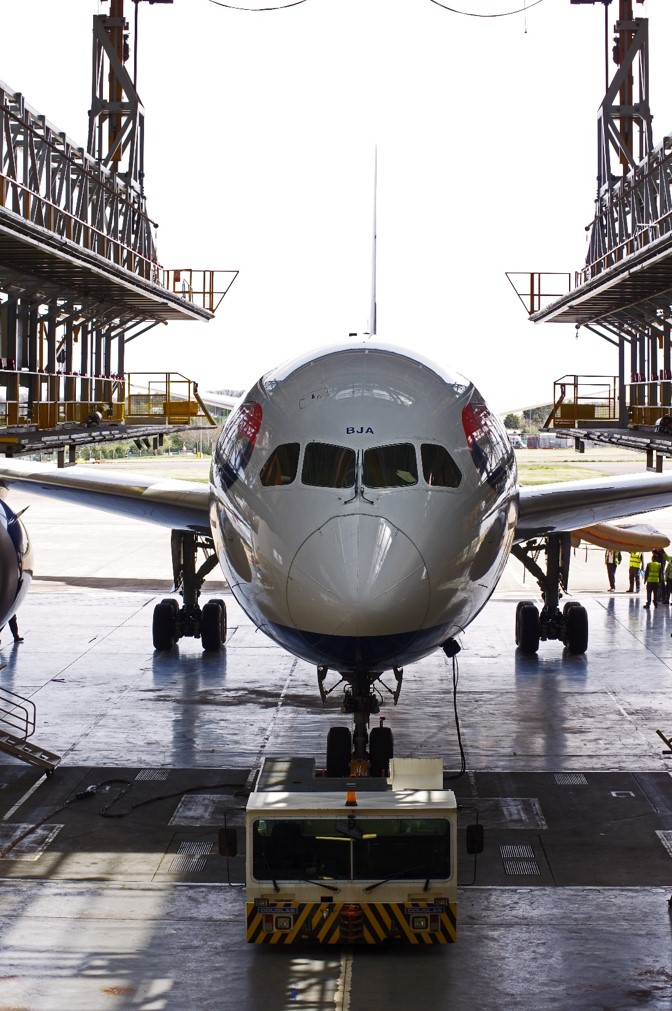