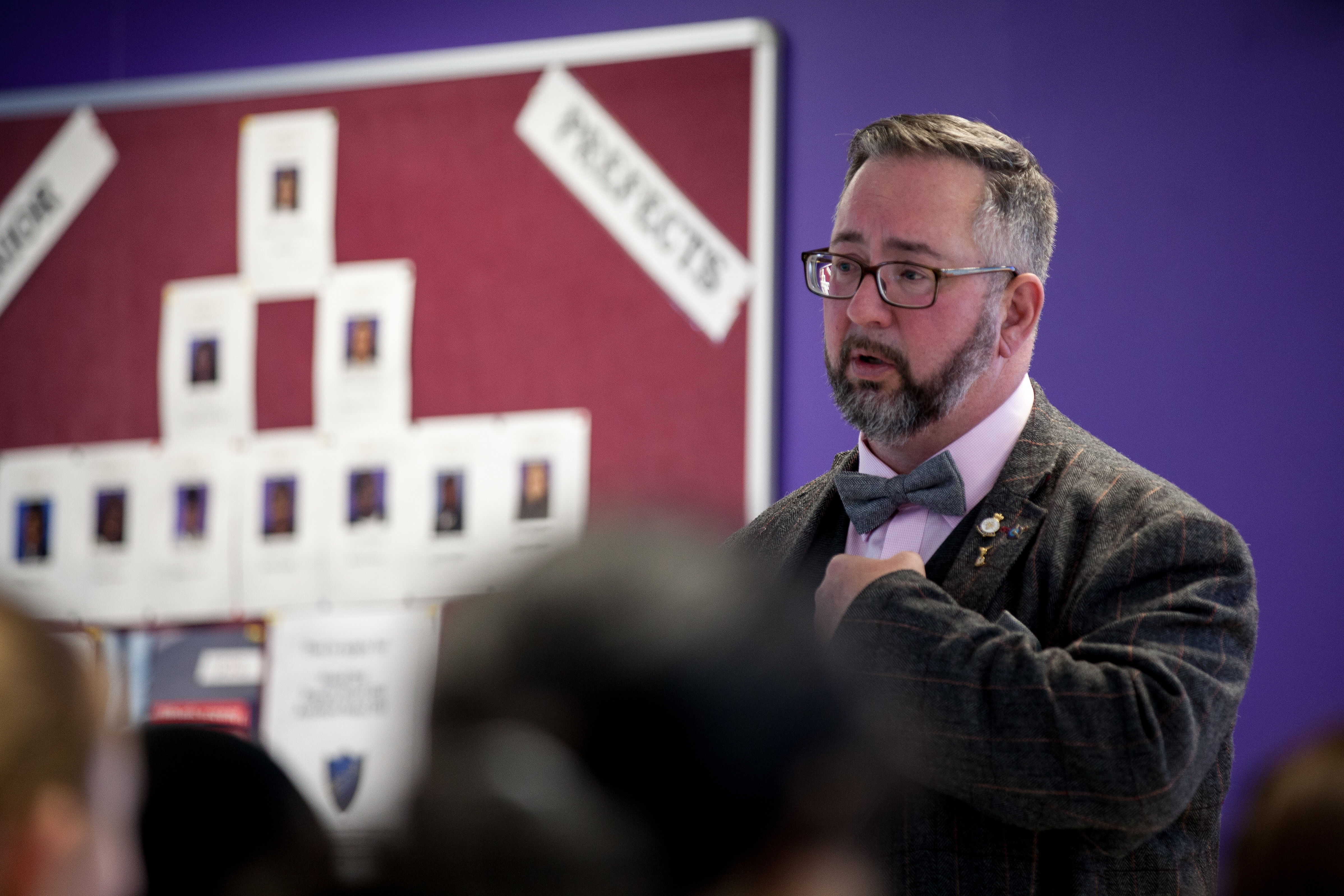 Challenging hate: Mike Haines, brother of a British aid worker killed by Daesh, has shared his story with the children of Gabalfa Community Centre in Cardiff
Defying the terrorists’ aims Mike has brought a message of unity, tolerance and understanding to Cardiff as part of his Global Acts of Unity campaign

Mike Haines OBE, founder of Global Acts of Unity has given a talk to the children of Gabalfa Community Centre as part of a national tour. Mike’s brother was killed by Daesh but now, defying terrorists’ aims, he is undertaking a school tour to share his personal journey and spread a message of unity, tolerance and understanding.

In 2014, footage was released of the execution of Mike’s brother, British aid worker David Haines. David had been working for an NGO, assisting Syrian refugees when he was captured by Daesh terrorists and senselessly murdered after 18 months of captivity. In an attempt to spread discord and violence, footage was released to the world. Harnessing the pain of losing his brother and best friend, Mike has chosen to tackle hatred head-on with his Global Acts of Unity campaign. His talks, and his powerful personal message, help give people the tools they need to tackle all forms of hatred.

Awarded an OBE last year for his services to tolerance and education, Mike has traveled the world speaking to religious leaders and schools.

Mike Haines said: “The devastating loss of my brother David had a life-changing impact on my family. But from the outset I felt strongly that I did not want innocent Muslims to be blamed or victimized in his name. That is not what David would have wanted.

“We continue to feel the loss of David every day. It has not been an easy path to take, to channel that pain into a powerful, positive force for good. But it has been the right one.

“Young people are the peacemakers of the future and enjoyed speaking to the students in Cardiff. Through ensuring our young people here, and across the country, know how to stand up to hatred we can together tackle it wherever we may find it. By standing together, with acceptance and understanding, we will defeat those who seek to divide us.”

To find out more about the Global Acts of Unity campaign, and to access free classroom resources on the issues, visit: https://mikehaines.globalactsofunity.com/