Bumper year for apple blossom after ‘sunniest April on record’ 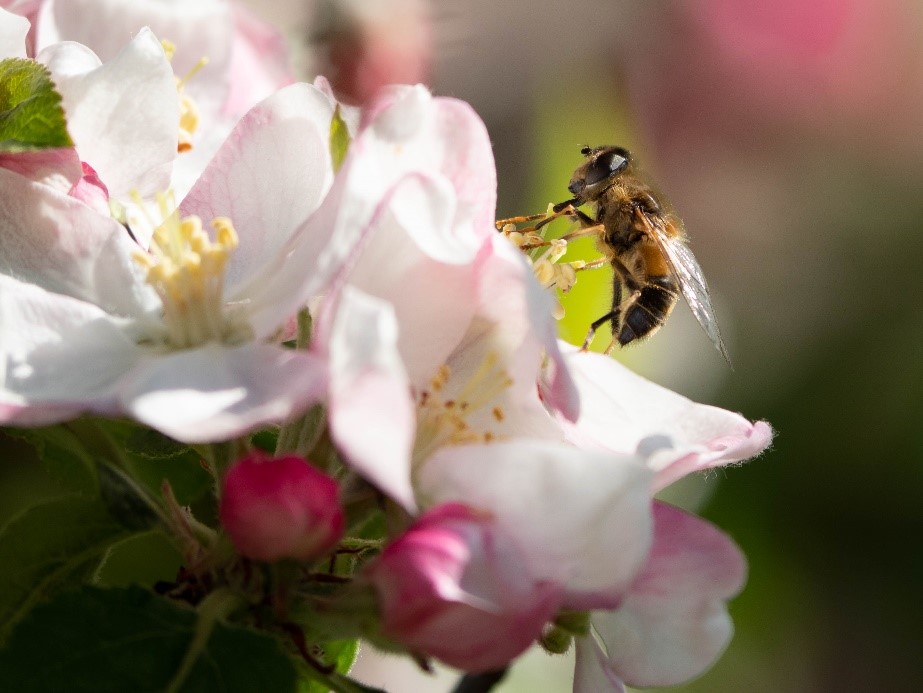 A mild winter and weeks of continuous sunshine have resulted in a good year for apple blossom, according to the National Trust.

Temperatures of up to 24 degrees centigrade, little rain and a record amount of sunshine in April  have helped the development of a heavy bloom, boosting the possibility of a fruitful harvest this autumn.

The warm conditions have led to bees being more active while the lack of high winds has allowed the blossom to open for longer, meaning more flowers have been pollinated.

At Erddig in Wrexham, staff have reported an outstanding display in the walled garden, where neat rows of pyramidal shaped bush apple trees, along with espalier, cordon and fan trained trees have already burst into flower.

Head gardener Glyn Smith, whose worked at Erddig for over 30 years, said: “It’s been a bumper year for apple blossom and the warmer weather has been brilliant for our pollinators, the bee hives at Erddig have been very busy over the last few weeks.

“Some of our apple varieties are biennial bearers, so they will naturally have better years than others when it comes to cropping.

“This spring the apple trees are laden with blossom and depending on rainfall over the coming months, will hopefully produce plentiful fruit in the autumn that can be enjoyed at the annual apple festival.”

The historic estate is home to more than three acres of orchards and a collection of 200 different apple varieties including Ashmead’s Kernel, Decio and Pearl.

This year has seen Erddig’s museum orchard – created as part of the Heritage of Orchards and Cider Making in Wales project to preserve rare Welsh apple and pear varieties – bloom for the first time since being planted in 2018.

Dyffryn Gardens in the Vale of Glamorgan also took part in the heritage project and has welcomed a beautiful display of apple blossom this spring. Saint Cecilia and Kennedy’s Late Cider are among the Welsh varieties flowering in the walled garden and new orchard, along with stunning ornamental apple trees in the arboretum.

The gardens have been a hive of activity too, video footage of one of Dyffryn’s wild bee hives, captured by the team in April, shows hundreds of pollinators at work in the sunshine.

Elsewhere across Wales, the warmer conditions have seen ancient and trained apple trees at Llanerchaeron in Ceredigion and the wildflower meadow and native orchard at Plas yn Rhiw in Gwynedd full of colour and busy with the buzz of bees.

The Trust cares for over 200 traditional apple orchards across Wales, England and Northern Ireland and grows hundreds of heritage varieties of apple tree.

Traditional orchards are better for wildlife than commercial versions, supporting a variety of birds, pollinators and wildflowers, but have declined in number over the years.

In March, the charity launched #BlossomWatch – a campaign to encourage people to take notice of blooming trees from their windows or in their gardens, and to share their best images on social media.

Thousands of photos have since been posted and the content has been viewed over 4 million times.

While the National Trust’s houses, gardens, shops, cafes and car parks are temporarily closed to help the nation stop the spread of coronavirus, the conservation charity has been sharing images of spring from its gardens and countryside to ensure people can still enjoy the spectacle during lockdown.