The Capital FM Cardiff Bay Beach Festival is  back and it’s bigger and better than ever – in a new waterfront location near Cardiff Bay Barrage – and packing even more attractions into the summer holidays. 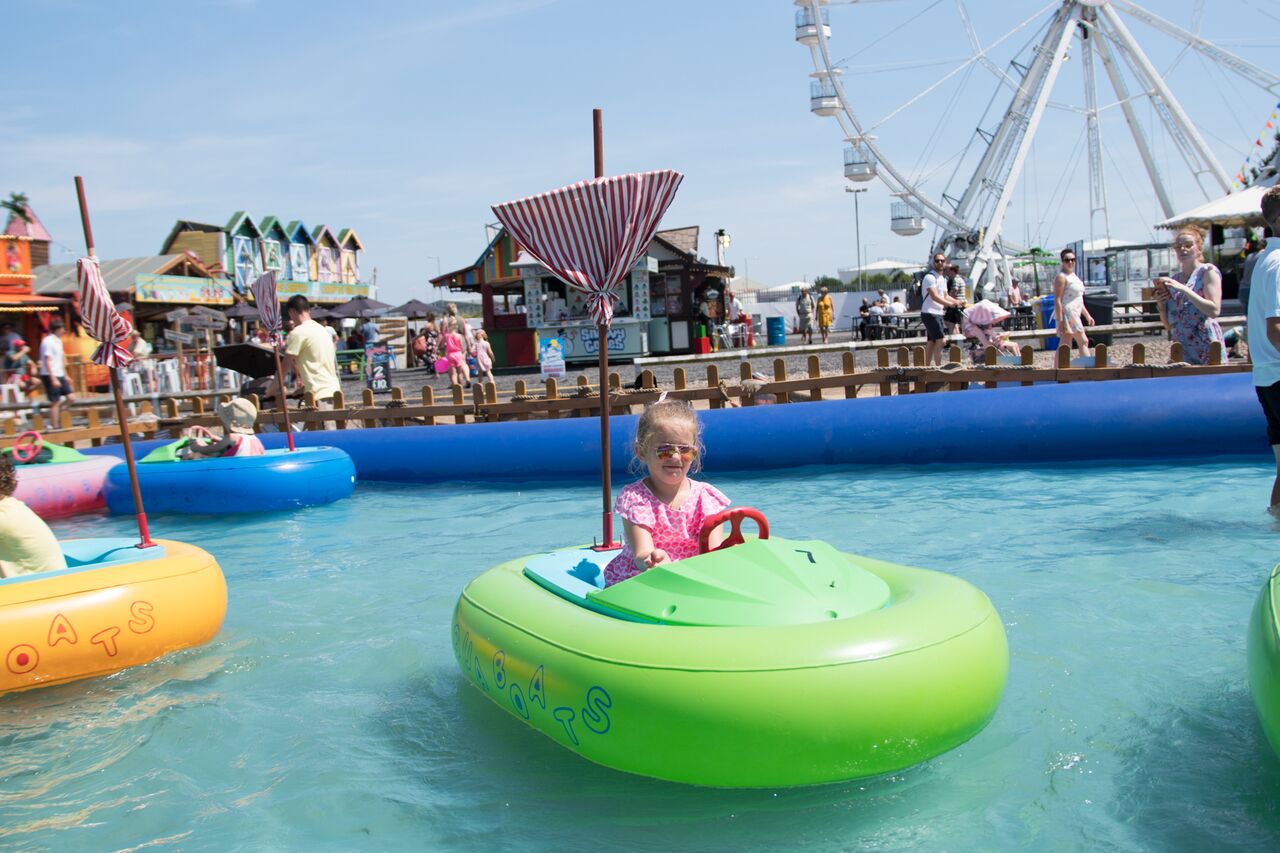 The new Beach Festival takes over the newly developed event site on Barrage Walkway that was used so effectively for the Volvo Ocean Race Village and will be home to the Beach from July 6 (4pm) for an expanded nine weeks of family entertainment until the kids return to school, with much more on offer for teenagers, including a range of fairground rides, and a couple of white knuckle experiences. The increase in size means in addition to hosting its usual ingredients, the Festival will boast large scale attractions such as a Big Wheel visible from a wide area, Roller Coaster, big water spraying arches, movie nights, and a marquee area where visitors can enjoy the best in street food.

Sayers Amusements’ director Norman George Sayers said: “The Beach has been building in popularity every year and we now feel that we can create a whole festival around it for people to enjoy throughout the whole of the summer, with more to appeal to older children. The site on Barrage Walkway, just around the Bay from the Doctor Who Experience is very close to the previous location, with water on both sides, and we’ll have a free land train to shuttle visitors from the car parks.”

This year there is a large covered entertainment area with daily free live entertainment overlooked by a decking area with loads of seating, surrounded by BBQ grills and sweet treats, while the Tropical Bay Bar will serve exotic cocktails in a family friendly environment.

Deckchairs and beach huts and a free to enter water splash area.

ATMs on site for extra convenience

“Utilising the redeveloped event space at Alexandra Head allows this popular event to return even bigger and better than before, offering a festival for the duration of the summer and offering something to people of all ages. As well as being great fun, successful events like this are vital to Cardiff’s economy – they’re part of what makes the capital such a great place to live, work and visit and with all the additions to the Beach, I’m sure we’ll be seeing plenty of smiling faces in Cardiff Bay again this summer.”

The Big Wheel was installed for the Volvo Ocean Race Village, and remains in place to point everyone to the Beach.

The urban beach has become such a hit in the Bay in recent years, attracting a quarter of a million people to the Cardiff waterfront. Headline sponsor is Capital, South Wales’ No.1 Hit Music Station, who offer some amazing prizes across the summer. Capital FM Station Director Kristy John said: “The Summer Lives on Capital and we’re so excited to see South Wales’ biggest summer attraction getting even bigger. To match this we’ll have even bigger prizes to giveaway this year, just Keep it Capital to find out more.”