Cardiff and Vale Scouts fly the flag for Mayor’s troop 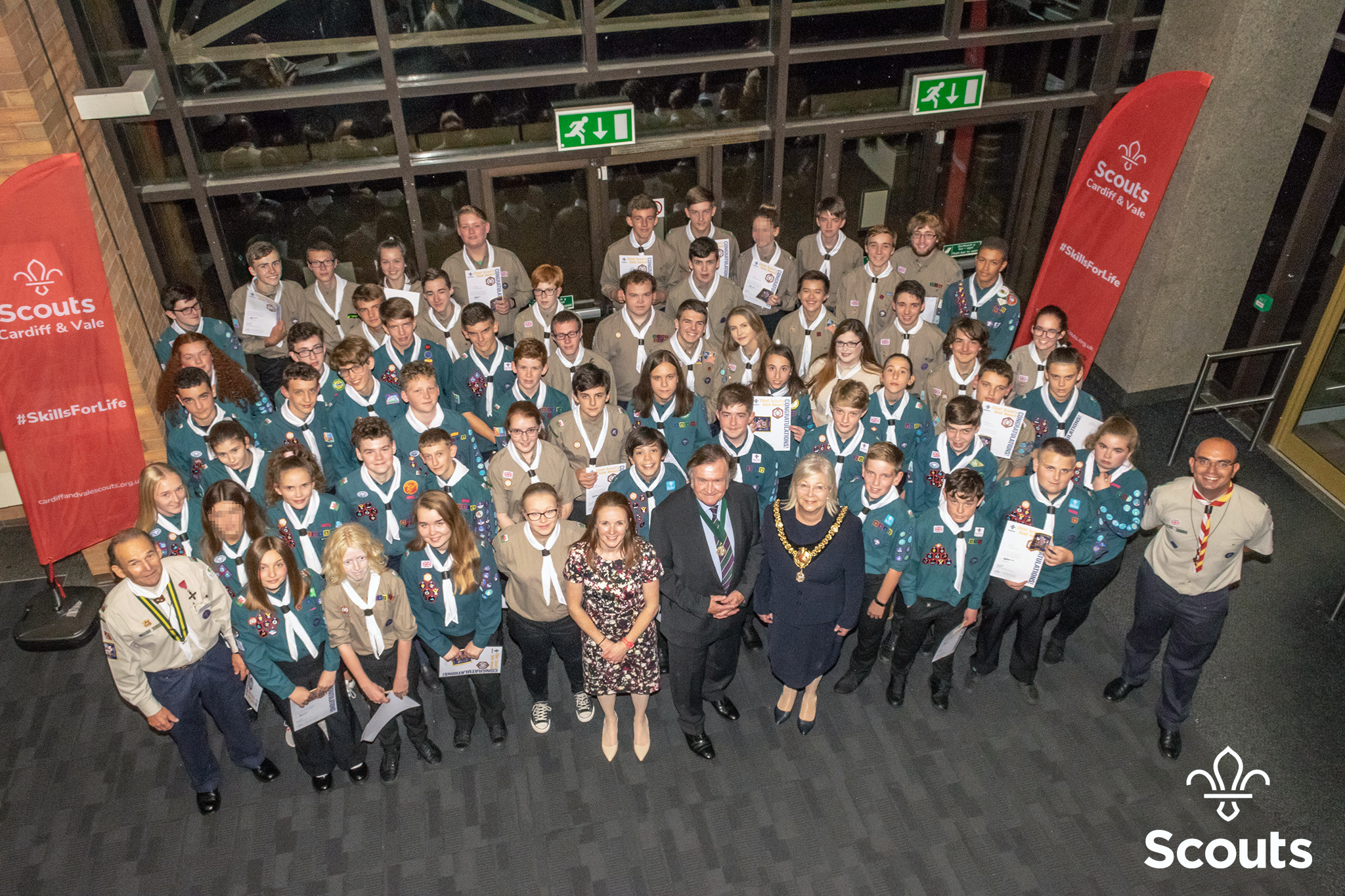 SCOUTS from Cardiff and the Vale have been invested into the prestigious Lord Mayor’s troop.

The annual Lord Mayor’s  presentation took place at Cardiff County Hall on Tuesday 18th September 2018, recognising the achievement of the young people who have gained Scouting’s highest Awards and valuable Skills for Life.

These awards require a level of determination and effort that reflect both the personality and character of the individual.

Queen’s Scout recipient Jess Wicks aged 22 said “Achieving my Queen Scout Award has taken a great deal of commitment, I am immensely proud to have achieved the highest award in Scouting and look forward to joining other Queen Scouts at Windsor Castle for the national celebration.” 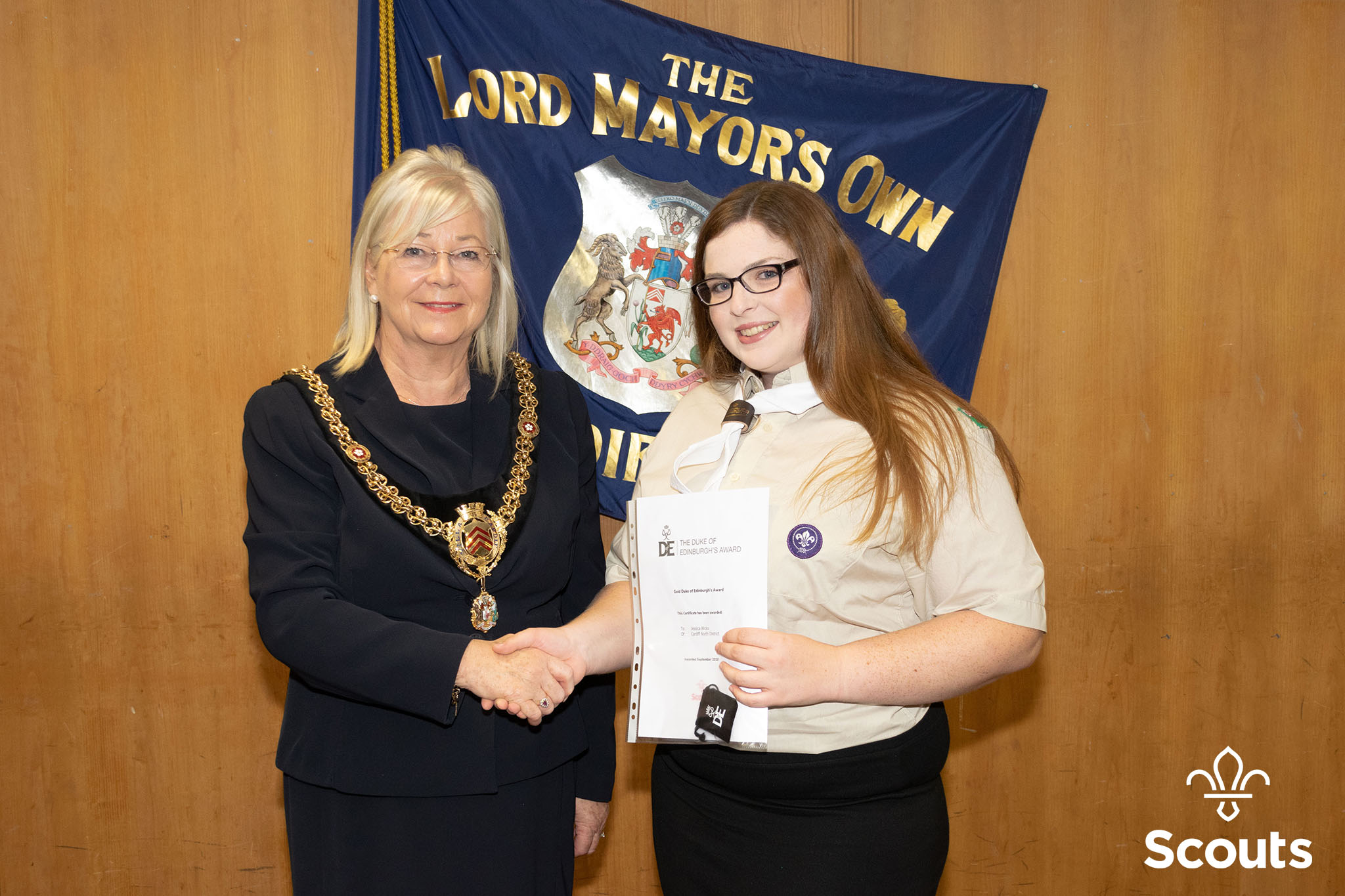 Area Commissioner Julian Jordan said “Life is all about the journey and achievements these young people have been recognised for in their Scouting lives so far. Some I hope to see back here in a few years to be awarded the highest awards. Others that have already gained these awards will be off to university or starting a job, I hope they will look back on what they have achieved and think about how they can inspire and encourage their fellow Scouts to do the same. We are honoured to have this connection between the Lord Mayor and Cardiff and Vale Scouts that is unique in Wales for the past 24 years.”

The troop is enlisted to support the Lord Mayor whenever requested, at events like the Remembrance Day parade and civic carol service.

Tori James adventurer, first woman from Wales to climb Everest said in her inspiring talk to award receipts “sometimes you need to step out of you comfort zone to achieve your goals”. 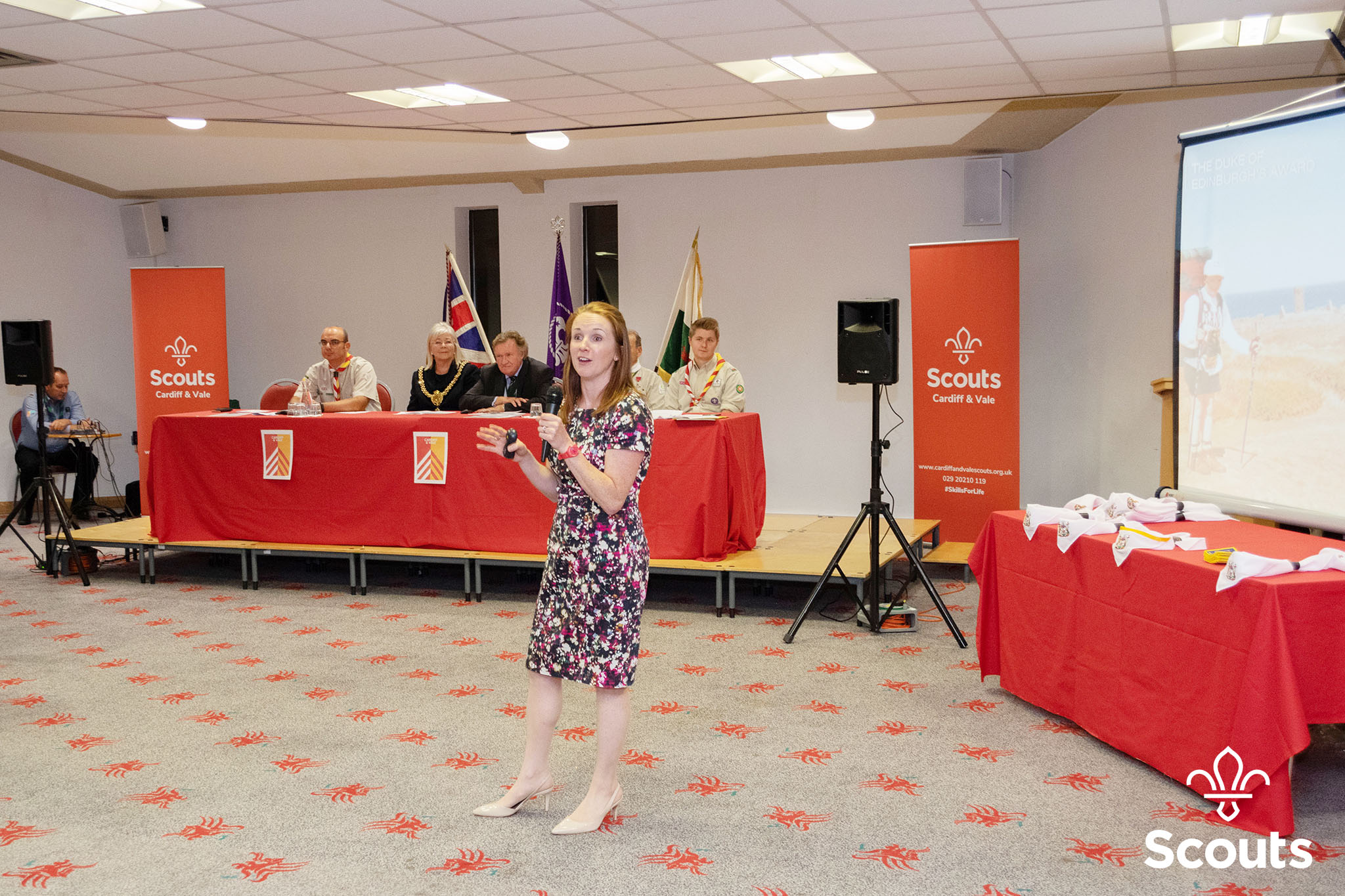 Scouting caters for both girls and boys aged from 6 to 25 and currently there is a waiting list as we need more volunteers. Roles are open to anyone from the age of 14 to “80 plus” and anyone interested can get in touch at scouts.org.uk/get-involved or call 0345 300 1818.