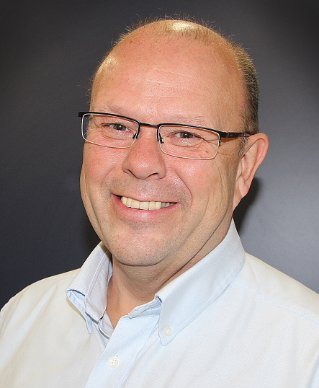 Len Richards has recently celebrated his first anniversary as the Chief Executive of Cardiff and Vale UHB. While this week he’s been taking stock and reflecting on his first year in post, doubtless he has one eye on the coming week as his Offa’s Dyke Challenge looms.

In January, he announced that he will be walking the entire 177 miles of the Offa’s Dyke path over the course of 10 days for charity. Now, that time has come as he prepares to take the first steps of this momentous challenge this Saturday.

Len will be setting off from Prestatyn on the 23rd of June 2018 and walking an average of 18 miles a day for 10 days until he reaches the Sedbury Cliffs, near Chepstow on July 2nd.

The Offa’s Dyke Path follows the border between England and Wales. It passes through 3 Areas of Outstanding Natural Beauty, 8 counties and crosses the border more than 20 times.

If you walk the entire trail, you’ll pass through many different types of landscape from the Black Mountains, the Shropshire Hills, the uplands of the Brecon Beacons and Clwydian Range to the Eglwyseg moors and river lands of Montgomeryshire.

The entire trail has a total ascent of about 28,000 feet, which is the same as the height of Everest!

To celebrate the 70th anniversary of the NHS, Len has invited people to join him on Offa’s Dyke for a specific day or the entire walk in order to promote collaboration, teamwork and physical activity by modelling the behaviours that are necessary to promote healthy lifestyles.

To date, we have had over 120 people sign up to take part alongside him, the support of whom will no doubt motivate and allow Len to keep going.

If you can’t make it to Offa’s Dyke but still want to take part in the challenge, don’t worry! Len is encouraging people to take inspiration from this challenge to walk a bit more where they can.

As part of his training, he started walking to and from work, a healthy lifestyle change that he remained committed to even during “The Beast from the East” in early March.

The purpose of the challenge is twofold. One on hand it is to celebrate the NHS’ 70th anniversary and promote some its core values: namely, the vital importance of teamwork and the positive effects of physical activity and the great outdoors on one’s health and wellbeing.

Secondly, the challenge is a fundraising opportunity for two charities, both of which are doing vitally important work both here at home and in Africa.

The first charity, Improving Chances is a charity that Len, alongside two NHS colleagues, John and Pat Scampion, established in 2010. It supports the running of The Good Shepherd Special School in Fort Portal, Uganda, as well the development and delivery of maternity services the district of Rwaabale, which is also in Uganda. In this way, the charity is helping to ensure that the children of that area are given a better start in life.

Please visit the charity’s website, www.improvingchances.org to see more examples of the life-saving work that it undertakes. You can also see some of Len’s past challenges, undertaken in support of this charity.

If you’d like to sponsor Len as he walks the length of the Welsh border, please do so by visiting www.lenschallenge.com and clicking “donate”.