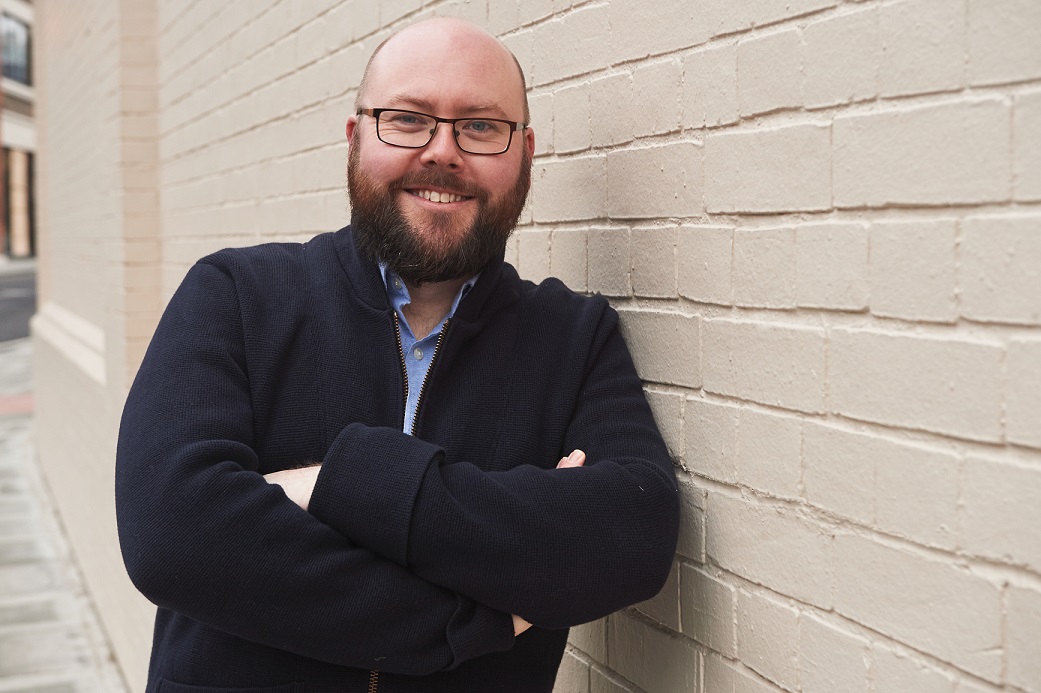 Author P G Bell and illustrator Jenny Lovlie, both from Cardiff, have been nominated for the Waterstones Children’s Book Prize 2019, widely regarded as one of the most prestigious accolades in the world of books.

Announced today, Thursday 7th February, Jenny Lovlie is shortlisted in the Illustrated Books category for her picture book The Girls whilst The Train To Impossible Places by P G Bell is selected in the Younger Fiction category. 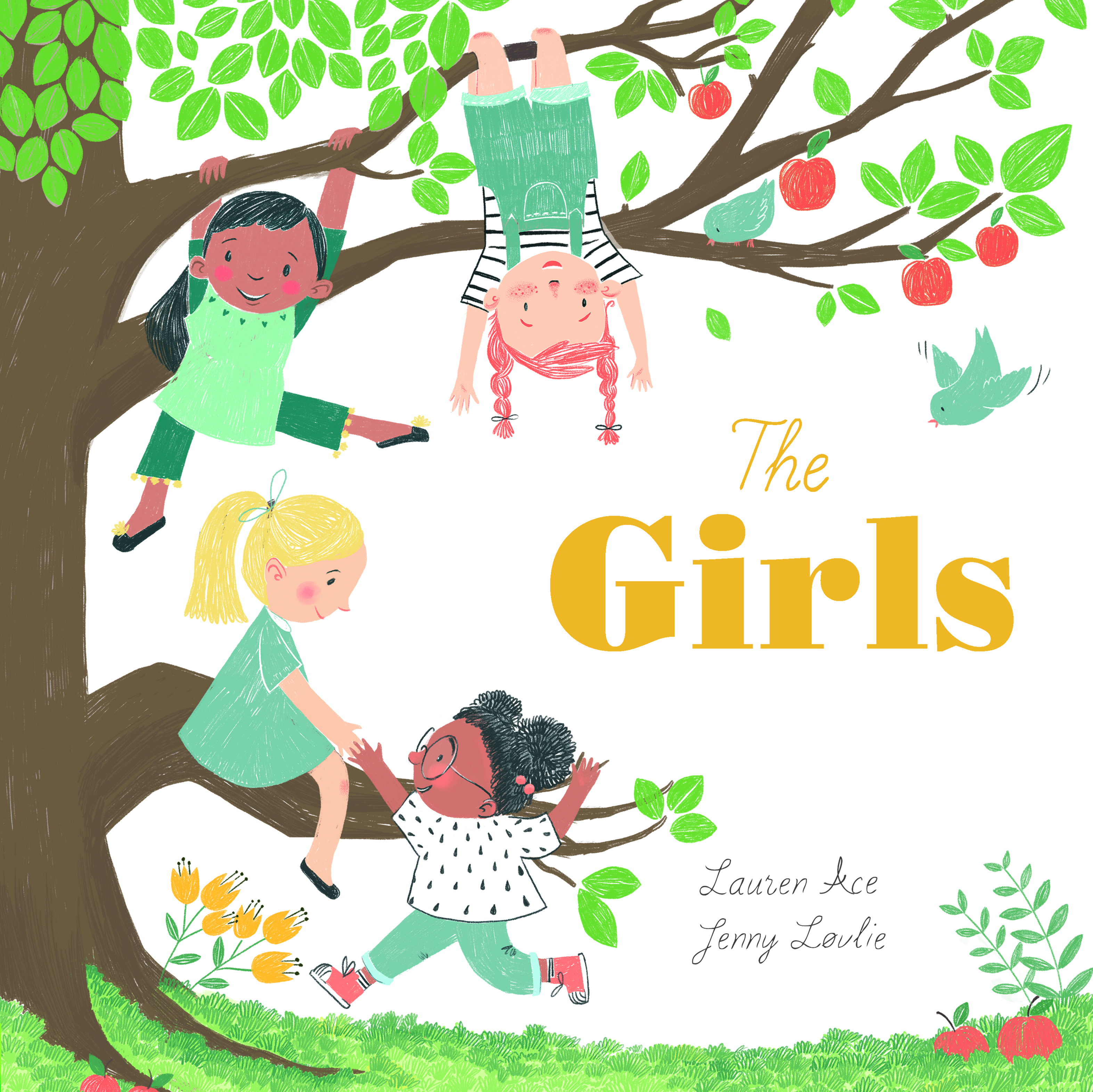 Lauren Jones, Children’s Bookseller at Waterstones Cardiff says, “We’re so pleased these two books made the shortlist. The Girls is a heart-warming story about friendship and growing up, beautifully illustrated by Jenny Lovlie. P G Bell’s The Train to Impossible Places is a fast paced thriller, a magical and wonderful tale,that will capture and expand the imaginations of all who read it.” Cardiff’s P G Bell was raised on a diet of Greek mythology, ghost stories and Doctor Who. A former lifeguard and roller coaster operator he has enjoyed a varied career but has always wanted to write stories for a living. In The Train to Impossible Places, he tells the story of Suzy who finds a grumpy troll building a railway through her house and an Impossible adventure begins.

P G Bell says “Waterstones is the bookshop that’s always been there for me. When I was young, one of the highlights of a shopping trip to Cardiff was the chance to spend half an hour in the branch on the Hayes, browsing for inspiration in the children’s section, and finding a quiet corner in which to sit down and read. The staff never made me feel like I was in the way. They were readers too, and it showed – they welcomed me, gave me the space I needed and always had the best recommendations when I got stuck. It felt like we were all on the same side, and I went home with a lot of great books over the years as a result. Now I have the pleasure of taking my own children into that same branch and watching them explore the bookshelves just as I did. Since last October, they’ve been able to find The Train to Impossible Places amongst the other titles, which has been a slightly surreal, but very exciting experience for me. I’m enormously grateful to Waterstones for that, and for all the support they’ve given both me and the book. Across the country, Waterstones booksellers have been spreading the word, and putting the book into the hands of all those young readers camping out in quiet corners, looking for their next new story. I know from experience what a powerful thing that can be. I wouldn’t be the reader, or the writer, I am today without it.”

The Girls is a beautifully illustrated picture book that charts the lives of four girls from childhood to adulthood. Written by Swansea-raised author Lauren Ace, the book’s illustrator Jenny Løvlie lives in Cardiff. Originally from Ekkerøy in northern Norway, Lovlie draws inspiration from the Arctic landscape, flora and fauna and her style is bright and colourful with lots of texture, plants and animals.

Jenny Lovlie says “To have my first picture book nominated and then shortlisted for the Waterstones Childrens Book Prize is the wildest thing that has happened so far in my pretty fresh career! I’m proud, extremely honoured and a little overwhelmed to see the impact ‘our Girls’ have had.”

The Waterstones Children’s Book Prize exists to reward and champion new and emerging talent in children’s books. Now in its fifteenth year, it is widely regarded as one of the most important prizes for children’s books.

Last year’s winner, The Hate U Give by Angie Thomas shot to the top of the bestseller charts following the award announcement and saw an increase in sales of over 900% across the Waterstones estate.

The winners will be announced at an evening reception at Waterstones Piccadilly (London), Europe’s largest bookshop, on Thursday 21st March 2019. Six books will compete within each category to be crowned category winner, with the three category winners then vying for the overall title of Waterstones Children’s Book of the Year 2019. The winner of each category will receive £2000, with the overall winner receiving an extra £3000. In the event that the prize is awarded to a partnership then the prize money will be split equally between the joint winners.

The winning authors and illustrators will also see a significant boost in sales, and the promise of an ongoing commitment to their writing career from all Waterstones shops nationwide.

The full lists of shortlisted titles (in alphabetical order by author) for the 2019 Prize are:

Younger Fiction: The House With Chicken Legs by Sophie Anderson (Usborne) The Train To Impossible Places by P.G. Bell (Usborne) Brightstorm by Vashti Hardy (Scholastic) The Mystery Of The Colour Thief by Ewa Jozefkowicz (Head of Zeus) The Boy At the Back of the Class by Onjali Q. Rauf (Hachette Children’s) The Boy Who Grew Dragons by Andy Shepherd (Templar)