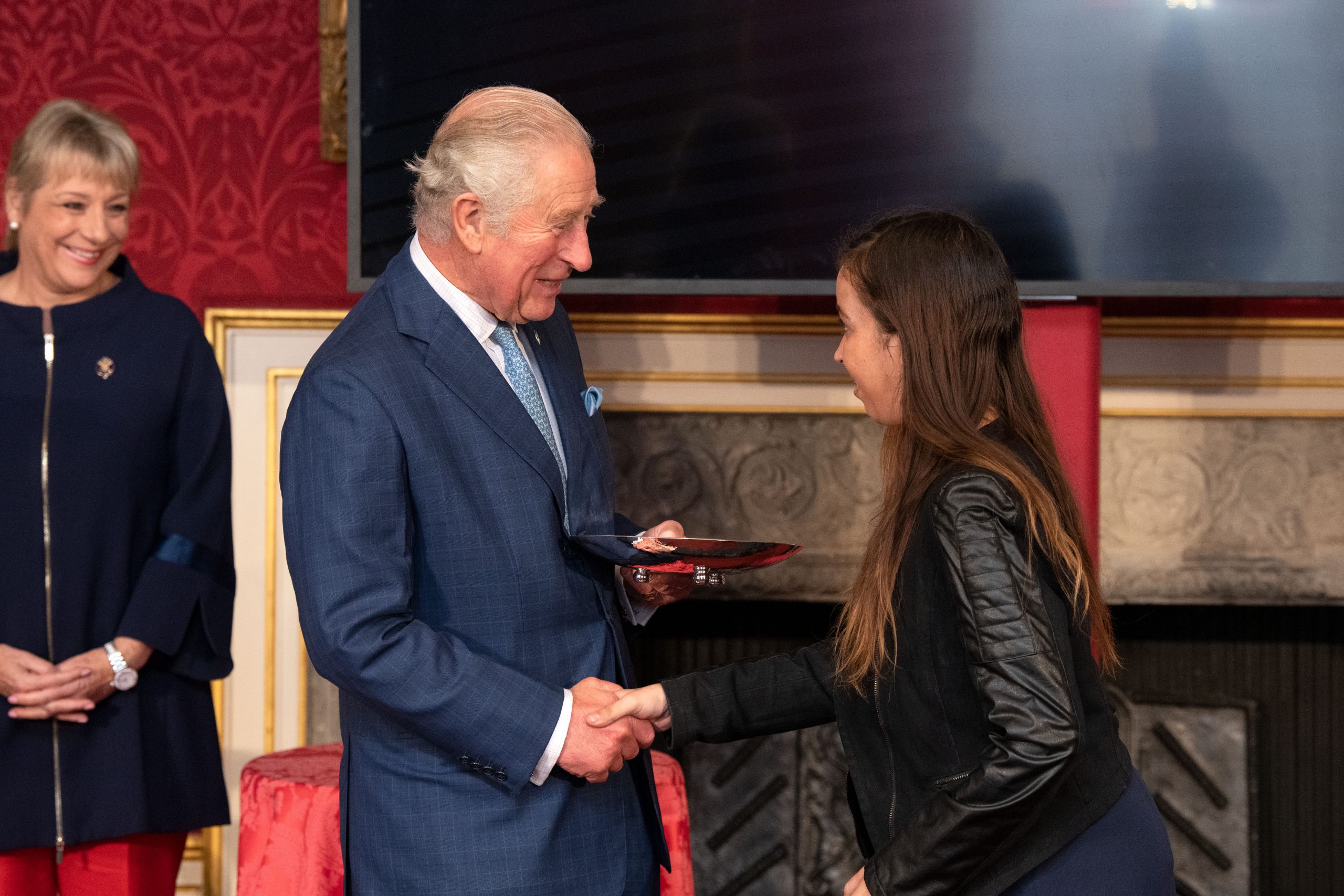 A ceremony held at St James’ Palace on the 21st October, recognised the winners of The Prince’s Trust and TK Maxx & Homesense Awards 2021. The young winners, who have overcome challenges such as homelessness, poor mental health and unemployment with support from The Prince’s Trust, were recognised as part of a virtual Awards broadcast hosted by Ant and Dec earlier in the year.

The winners came together in person for the first time to collect their trophies from the youth charity’s Founder and President HRH The Prince of Wales. Among the 130 guests were a number the charity’s celebrity supporters, including Richard E. Grant, Hugh Dennis, Adam Pearson, Kate Garraway and Colin Salmon.

In an intimate celebration, The Prince shared a message of congratulations with each of this year’s Prince’s Trust and TK Maxx & Homesense Award winners, as he recognised their achievements, particularly in light of the considerable challenges young people have faced during the pandemic.

Ten award winners were recognised by the youth charity, and among them was Cleo Johnson, 21, from Cardiff, winner of the HSBC Breakthrough Award.

“I had been in the care system since I was nine months old, and before coming to The Trust I was living in a hostel, I had just dropped out of college and my mental health was in a really bad place.”

After dropping out of college, Cleo’s relationship with her support workers began to deteriorate and her behaviour towards them at the hostel was becoming increasingly disruptive.

Cleo said, “I felt defeated, bored, lost, and I had absolutely no motivation. I didn’t want to leave the house, and I’d spend days at a time in my room without leaving. The hostel became a very negative place for me.”

Cleo was striving to improve and learn some important life skills to be able to live independently and move out of the hostel. She was introduced to The Prince’s Trust by a youth worker in February 2020, where she initially took part in a Get Started with Cooking programme, before joining the Explore programme to further her development.

“I was so nervous on the first day that I begged my support worker to take me home! She encouraged me to stick it out, and I am so glad she did now!”

By the summer of last year, just a few months after signing up to The Prince’s Trust, Cleo had achieved two huge goals. She managed to secure her own flat and returned to college.

“I realised that I wanted to learn how to help others and lean on some of my own life experience, so now in my second year I am studying Health and Social Care at college. Young people shouldn’t be ashamed to be in care, and it certainly doesn’t mean you can’t or won’t go far in life. I’ve been knocked down loads and I still have bad days, but now I have a fire in my belly to use my story to make a real difference.”

After being presented with the HSBC UK Breakthrough Award, Cleo said: “Being a care leaver doesn’t define who you are, it just means you’ve more of a story to tell. Winning this award has been a massive boost to my confidence, and I can’t thank The Prince’s Trust enough for believing in me.”

Gaby Roslin, met Cleo for the first time at the event, “Cleo sets an amazing example to young people across the UK. Her determination to transform her life is truly inspirational, and I am delighted that she won the HSBC Breakthrough Award and have loved meeting her in person today!”

Among other winners was Cordell Jeffers, the Watches of Switzerland Group Young Change Maker winner and motivational speaker, who struggled with his education growing up and was kicked out of school before gaining his qualifications. He now uses his experiences to reach out to connect with other young people who are experiencing similar challenges.

Actor and supporter of The Trust Colin Salmon met Cordell at the event and said: “As a young person who has gone on to help so many young people across the world, Cordell is not only an inspiration to them, but to us all.  An entrepreneur, mentor and young leader in his own right leaving his footprint not only in his local community but beyond – this award was so well deserved!”

The Trust’s international work was also recognised during the Awards. The Aga Khan Foundation Global Award went to Ekalale Susan from Kenya who set up a grocery business which enables her to support her family and pay for her and her siblings’ education.

TK Maxx and Homesense have been a partner of The Prince’s Trust since 2013 and are one of The Trust’s largest delivery partners of the Get into Retail programme. This is a two to six week course that develops young people’s skills in the retail sector and supports them into positive outcomes.