Cardiff comes in 7th place out of top 10 cities who stayed in on Valentine’s Day.

Two in three couples spent the most romantic night of the year inside on the couch rather than going out for a candle-lit dinner or seeing a romantic film at the cinema, new research from Furniture Choice revealed.

The survey of 1000 UK couples found that on Valentine’s Day 67% of us celebrated by staying home with our significant other. In fact, only one in five (21%) UK couples went out and celebrated. 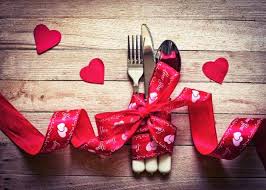 Regionally, Birmingham topped the list of intimate cities stopping on February 14th, with 75% of couples spending a cosy night in.

Belfast came in second with 64% staying on the sofa, followed by Newcastle with 63%.

Beyond the big day, the survey revealed that 87% of UK couples spend up to four hours together on the sofa every evening.

Top 10 cities who stayed in on Valentine’s Day;

Furniture Choice commented: “Our findings have shown that more and more people are choosing to spend a cosy night in with their loved one rather than going out”

He continued: “A great sofa is a real centre-point for most households and we love that people enjoy making use of it spending time catching up with loved ones.”