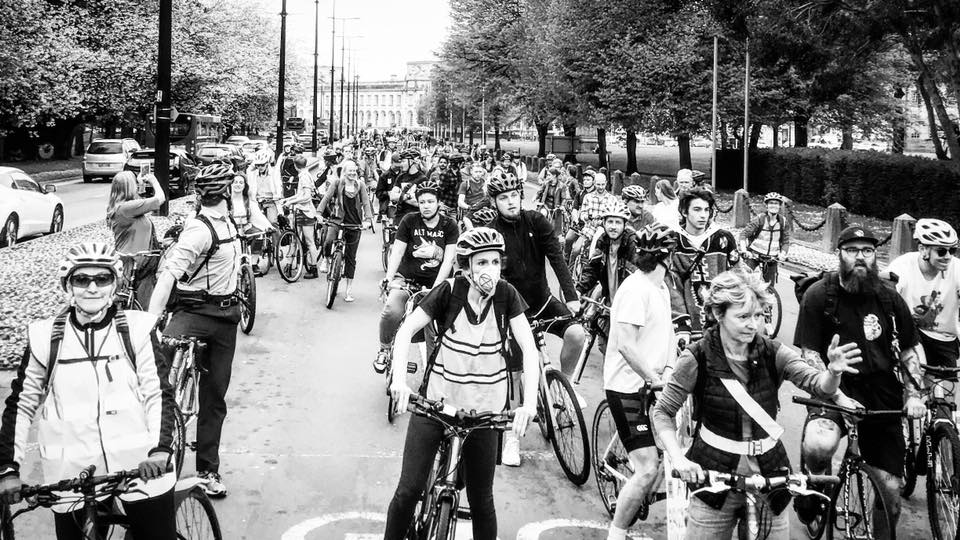 Coinciding with the National Clean Air Day on 20th June, Cardiff Extinction Rebellion again takes to the streets of Cardiff with a critical mass bike ride, demanding radical action by Cardiff Council to reduce emissions in the city.

The cycle gathering is designed to raise awareness of the issue. Cyclists will meet at 5.30pm at the Aneurin Bevan statue in town centre before riding safely in numbers, at a slow pace for on hour.  All ages and abilities are welcome. The ride will last about one hour and end with a picnic at the end of the route that families and friends are invited to join. Marshals will be present to ensure the safety of all riders.

According to Public Health Wales (2015) poor air quality is responsible for 225 deaths across Cardiff and the Vale every year while nationally it is estimated that air pollution contributes to 2,000 deaths a year in Wales (6% of total deaths).

The Council’s recently proposed Clean Air Strategy aims to reduce nitrogen oxide (NOx) pollution levels in the city centre to the legal limit in the shortest possible time. While welcoming the move, Cardiff Extinction Rebellion argues that the Council and Welsh Government must be more ambitious, calling for net zero emissions from transport by 2025.

Siân Stephen, a parent and charity worker from Cardiff (Llandaff North) said, “The fact that air pollution is invisible means many people are unaware of the danger. It’s scary to think babies and children are the most vulnerable, especially those from inner-city areas, which are often more built up. As a parent, I’m desperately worried that even school playgrounds are becoming increasingly toxic.”

“It’s madness that more than half of Cardiff’s GP surgeries report unsafe levels of air pollution,” said Robert Metcalfe, 30, a civil engineer. “Cardiff is the fastest growing city in the UK and so unless these problems are dealt with now they are only going to get worse. Cycling is a great way to draw attention to our air quality problem, as it will be a part of the answer – a cleaner and healthier future with lower emissions.”

The last critical mass actions organized by Cardiff Extinction Rebellion, as part of the wider national protests in April, called on Welsh Government to declare a climate emergency. With over 600 cyclists joining in over three consecutive evenings, Extinction Rebellion succeeded in disrupting traffic and drawing attention to this important issue. Their efforts have been credited with helping to change the Welsh Government discourse on the climate emergency.

Further details of the event can be found at https://www.facebook.com/events/467247480769078/. Route details will be updated live via the Facebook event on the day. Extinction Rebellion hopes that the people of Cardiff will once again join them to demand a less polluted city.