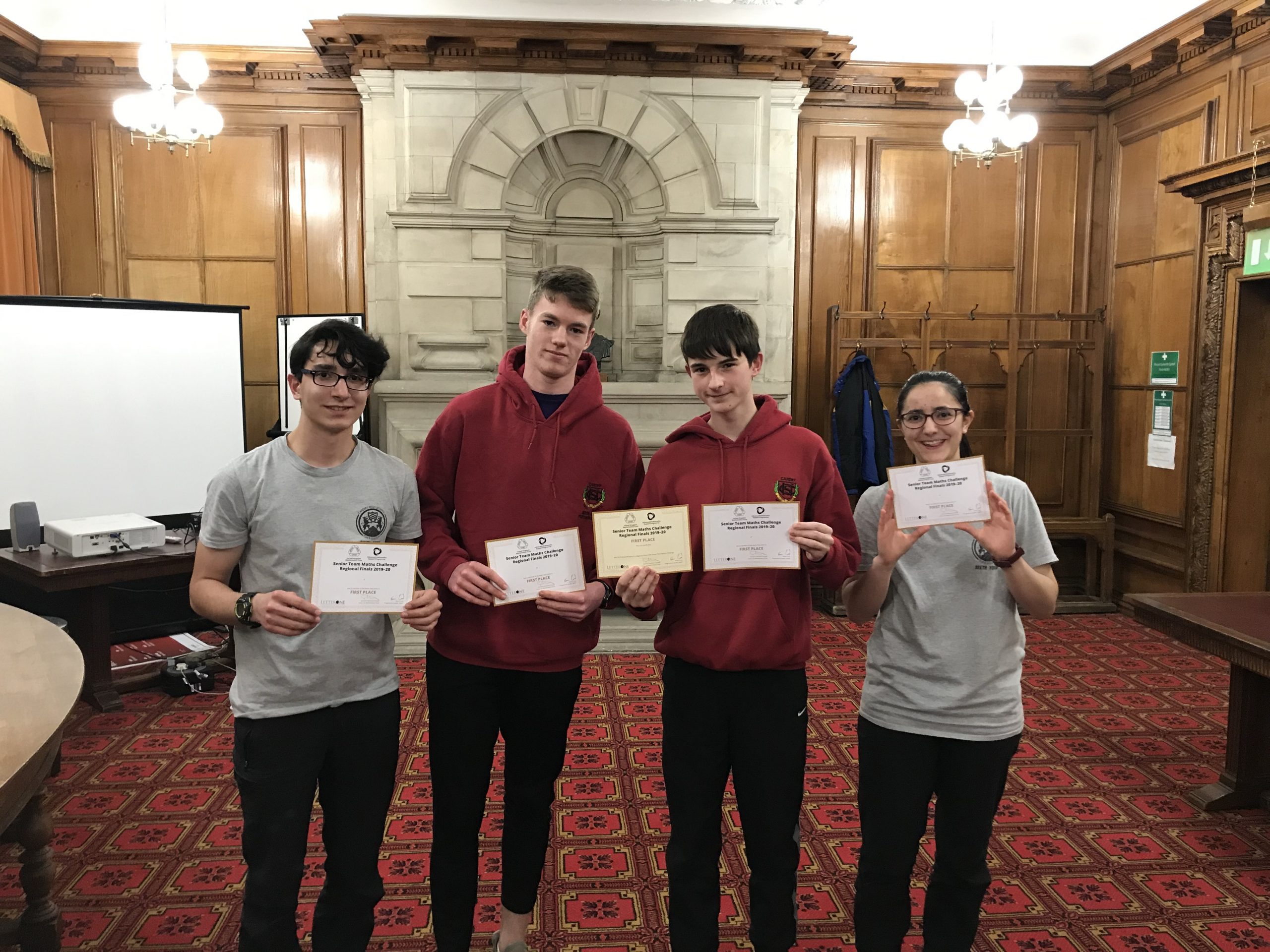 Students from Cardiff high School will join other aspiring mathematicians from across the UK at the National Final of the UKMT/AMSP Senior Team Maths Challenge 2020 to battle it out to lift the prestigious winner’s trophy.

The National Final, which is run by the UK Mathematics Trust (UKMT) and the Advanced Mathematics Support Programme (AMSP), supported by LetterOne, will take place at the Royal Horticultural Halls in London on Tuesday 4th of February and involves teams of four students from Years 11, 12 and 13 (England), Years 12, 13 and 14 (Northern Ireland) and S5 and S6 (Scotland), competing in:

• a group round, which test problem solving skills;

• a series of shuttles in which the answer from one question feeds in to the next;

• a relay race combining physical and mental agility;
• a poster competition based on a mathematical topic.

Over 1100 schools and colleges entered the competition and the best 88 have qualified to take part in the fiendishly testing grand finale. First and foremost, the teams will fight for the kudos of being crowned the best school or college maths team in the UK but they will also receive a trophy, presented by University Challenge contestant and famous maths teacher – Bobby Seagull – as well as book prizes and medals.

The Senior Team Maths Challenge is sponsored by LetterOne, an international investment business which is interested in boosting the innovative skills needed for future modern economies and societies.

Dan Devonald, Maths Teacher, Cardiff High School, said: “This year’s team has been the first to properly work together and they’ve been getting together outside of lessons to hold practice sessions. They’ve been the most successful team we’ve ever had in our school and it just shows that hard work pays off.”

Hannah Telfer, Executive Director, UKMT said: “It’s great to see a team from Cardiff make it to the final, demonstrating the breadth and depth of mathematical talent this country has to offer. The event is such a great way to engage students in the subject of maths, encouraging the next generation of mathematicians. Who knows, the next Maryam Mirzakhani, Terence Tao or Bobby Seagull could be in the room.”

Stuart Bruseth, Director of Communications, LetterOne said: “We’re very proud to sponsor the team and senior team maths challenges, helping events like this to take place and supporting talent at a young age. It’s important for us because, as an investment business, maths, and being numerically literate, are some of the core skills that were instilled in our employees at school age. It’s competitions like this that make maths exciting and mean there will be a next wave of talent for investment roles in the future.”