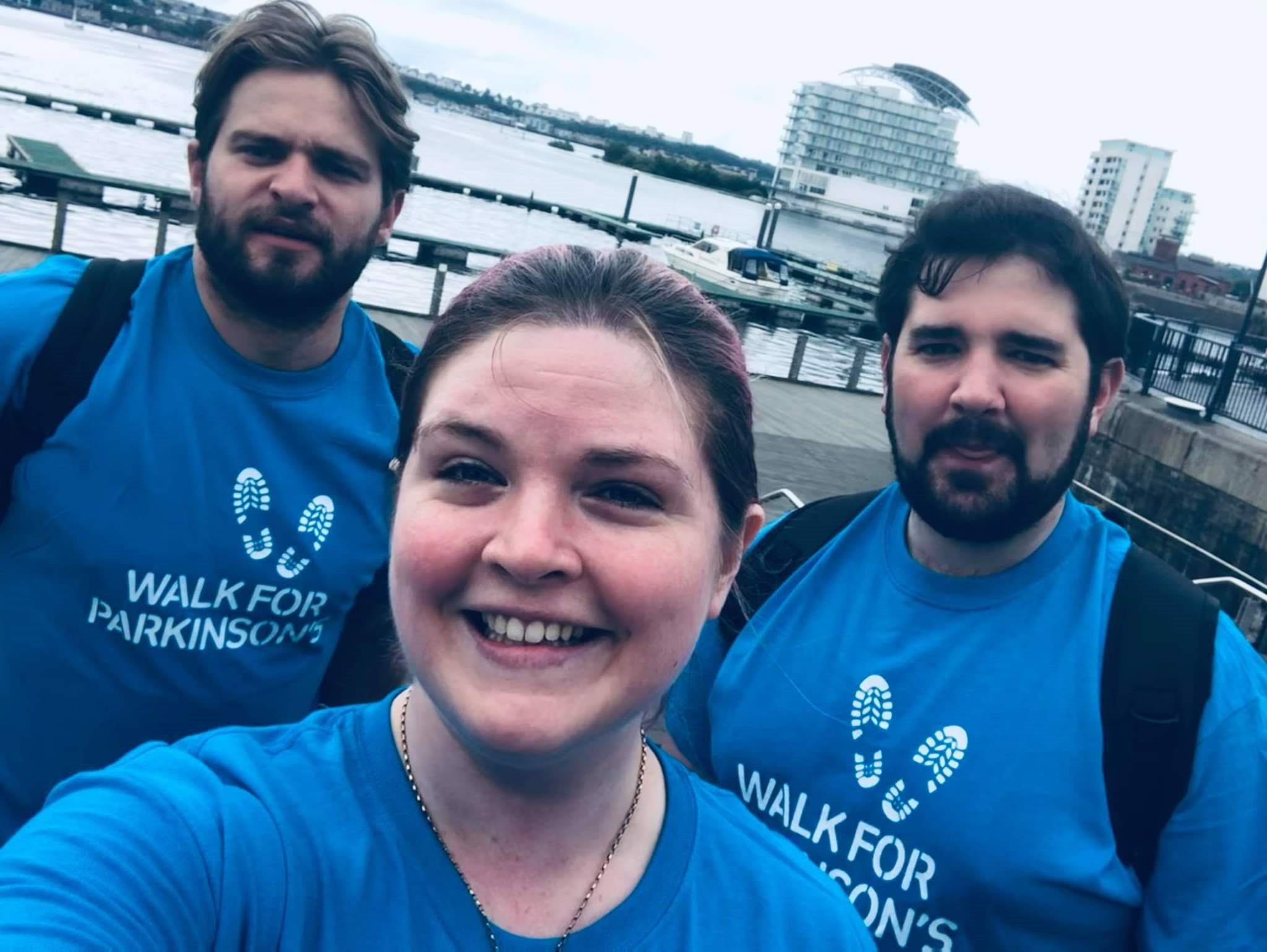 Christopher Hughes has been inspired by his dad, David, who was diagnosed with Parkinson’s in 2016. He will begin the five day journey with his friend and former colleague, Garin Bellamy and housemate Alarna Frizzell on Sunday 25 July. The trio will stop overnight in Chepstow, Chippenham, Marlborough and Kingsclere.

Parkinson’s is the fastest growing neurological condition in the world, and currently there is no cure. It affects around 145,000 people in the UK, including 7,600 in Wales. There are over 40 symptoms, from tremor and pain to anxiety.

“At the time of my dad’s diagnosis, I was still living with my parents and my sister. Since then, my sister has moved to France, got married and I moved to Cardiff and bought a house. In the first two years after I moved away, I made an effort to visit my parents as often as I could, to show I would always be there and that I was only a couple of hours away. Then we had the outbreak of Covid-19 and those trips were no longer possible for long periods. This has led to my parents and in particular my mum, feeling very isolated.

“Although there have been opportunities for me to visit my parents between lockdowns, it has been a lot more difficult for us to see my sister. She lives in France and has just had her first child, but current restrictions make it very difficult for us to see each other.  My dad retired at the end of June and luckily his condition has been controlled reasonably well so far with medication but his tremor is noticeable especially when stressed. I hope to raise as much money as possible to help Parkinson’s UK to support people like my father and mother. I want to help raise funds for the pioneering research the charity is doing and to support local groups.”

Parkinson’s UK is the largest charitable funder of Parkinson’s research in Europe, leading the way in driving better care, treatments and quality of life for those with the condition.

“We are so grateful to Christopher, Alarna and Garin, for taking on this challenge for Parkinson’s UK.

“With more than 40 potential symptoms, Parkinson’s can devastate lives. We’ve made huge breakthroughs in the last 50 years, but there is still no cure and current treatments are not good enough. Fundraisers like Christopher help us to drive forward the groundbreaking research we need to transform the lives of people affected by the condition.”

If you would like to sponsor Christopher, please visit