Dementia is now the UK’s biggest killer, with someone developing it every three minutes. Of the top 10 causes of death, dementia is the only one that we can’t cure, prevent or even slow down, but Alzheimer’s Society

Faye Baylis, 41, is part of Team Bluebirds in honour of her father who was diagnosed in 2016.

“As a care professional with 25 years’ experience I knew what was coming but it’s totally different when it’s your own family.

“I was totally shocked at how quickly my Dad deteriorated. In 2018 we were told he needed constant care. I gave up my job to care for him at home and watched him disappear in front of my eyes. It was devastating.

“A cure would mean that no one ever has to go through what we’ve been through.

“That’s why we are walking Cardiff Memory Walk – to make a difference and find a cure for this terrible condition. The whole family will be there and I’m sure it will be a very special event!

“I would urge anyone to sign up to Cardiff Memory Walk and raise funds for dementia research.”

There hasn’t been a new drug for dementia in 15 years – but since 2013, the number of clinical trials for Alzheimer’s drugs has doubled. 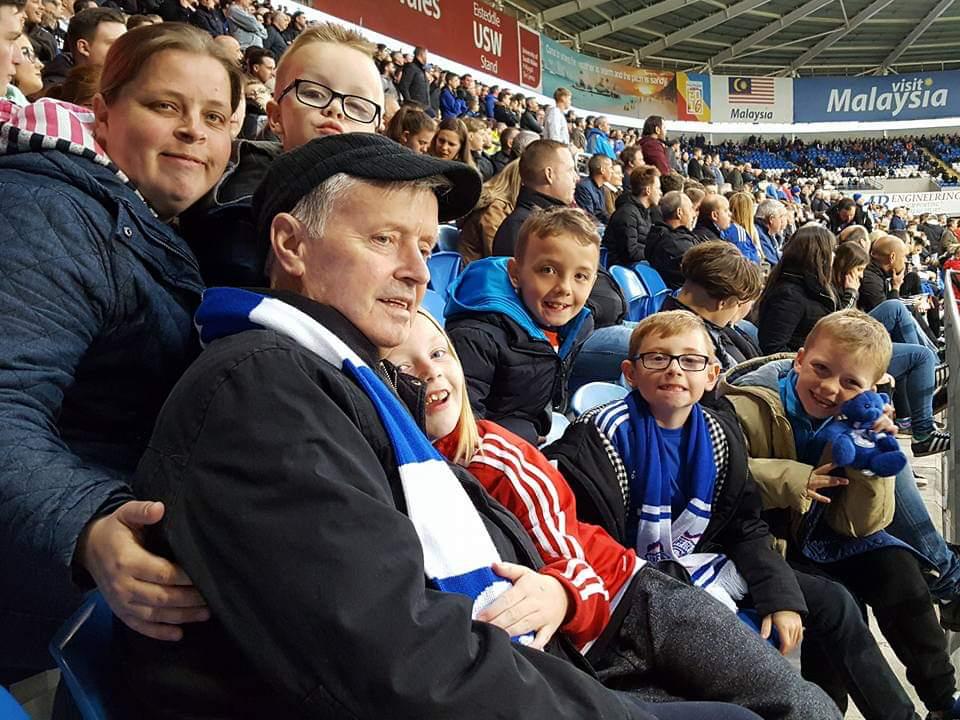 Alzheimer’s Society is investing in, and accelerating, dementia research. The charity has committed to spending at least £150 million in the next decade, and this year alone has a research portfolio including 182 active projects worth over £35 million. In Northern Ireland alone Alzheimer’s Society has invested more than £730,000 in four current projects  and has invested £2.3 million into local research in total.

Dementia devastates lives. Research shows that 850,000 people in the UK have a form of dementia. By 2021, 1 million people will be living with the condition. This will soar to two million by 2051.

In the hour-and-a-half it takes to complete your average Memory Walk, 30 people will develop dementia in the UK. Every penny you raise through Memory Walk will help Alzheimer’s Society find a cure, improve care and support people affected by dementia. It’s time for us to make a real difference. Register now at memorywalk.org.uk.”

Cardiff Memory Walk takes place on Saturday, 5 October at Bute Park. Anyone can unite against dementia by signing up at memorywalk.org.uk.