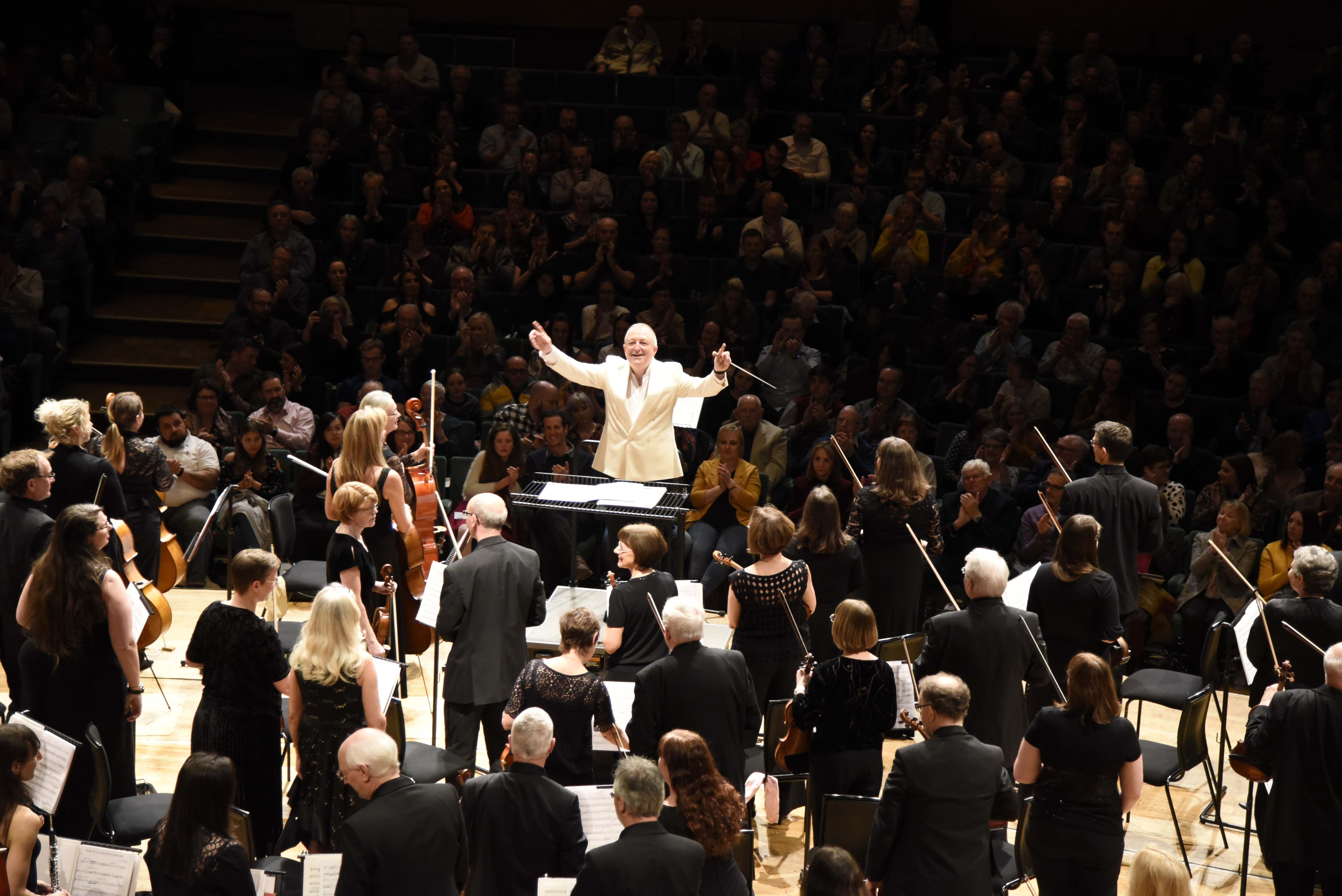 The 2018/19 season has certainly been a varied one for CPO from Composers of the First World War to the glamour of nights at the movies and Proms, and now to the sheer power of Beethoven & Shostakovich. How has it been for yourselves?

The orchestra relishes the chance to perform many different genres, and this season has been no exception – from Vaughan Williams and Henry Mancini to Shostakovich and Elvis Presley hits.

The concert opens with Elgar’s Cockaigne Overture, which is a perfect piece for a summer evening, isn’t it?

Elgar’s Cockaigne Overture is one of my favourite pieces. I first encountered it, when I was in school in a Reader’s Digest set of records called Music for You, where it was conducted by none other than the composer Sir Arthur Bliss. It’s a fine and noble performance. Cockaigne paints an affectionate musical portrait of London at the start of the Edwardian era in 1901.

In the piece Elgar presents the hustle and bustle of the city; romantic couples walking through beautiful parks, the sound of church bells, Cockneys in high spirits, a Salvation Army band and the pomp and ceremony of a great occasion. It is a brilliant piece.

Beethoven’s Piano Concerto No 5 provides a captivating centre-piece. Would you say it’s his best-loved and most famous concerto?

CPO are joined for this piece by the sensational soloist, Giuseppe Guarrera. Tell us a little bit about him.

We engaged Giuseppe via YCAT (Young Classical Artists Trust). He is from Sicily and studied at the renowned Barenboim-Said Academy in Berlin, working closely with Daniel Barenboim himself. Giuseppe – who is 28 – has performed with orchestras in the UK including the Royal Philharmonic Orchestra and the Royal Liverpool Philharmonic Orchestra conducted by Vasily Petrenko.  He’s a very exciting pianist and we are really looking forward to working with him on Beethoven’s ‘Emperor’ Concerto.

The curtain comes down on CPO’s 2018/19 with an epic performance of Shostakovich’s Symphony No 5, which has quite a lot of history behind it as it was composed in 1937 at the height of Stalin’s power.

Shostakovich’s Fifth Symphony was written at an extraordinary time in history. Stalin was at the height of his reign of terror in Russia. Shostakovich’s opera Lady Macbeth of Mtsensk was denounced as coarse, primitive and vulgar in an article in Pravda headed ‘Chaos instead of Music’. Shostakovich consequently withdrew his Symphony No 4 before its premiere as he knew his life was in danger, and his arrest expected at any time. He could have been sent to a labour camp in the East, or have simply disappeared.

Shostakovich’s Symphony No 5 was famously described as ‘A Soviet Artist’s Response to Justified Criticism’, though not by the composer himself. Thankfully for Shostakovich, the Fifth Symphony was huge success greeted with a 40-minute standing ovation, so the threat to his life was lifted – at least for the time being.

The symphony is intense, gripping, sarcastic, deeply emotional in its sublime slow movement, but ends with the full brass section of the orchestra announcing a great triumph…or does it? This is one of the work’s great enigmas. This piece has every justification for having been referred to as the most popular symphony of the 20th century and is beloved by audiences everywhere – or to put it another way, it’ll blow your socks off! CPO last performed it 35 years ago in 1984! The players have loved preparing this symphony for the concert on Saturday 29 June, and I’ve relished the chance to re-acquaint myself with this great score.

CPO is only away from St David’s Hall for just under a month though as you’ll be performing once again at the Family Prom. These concerts are vital in introducing young people to the thrill of classical music and this will now be CPO’s 20th year as part of the Welsh Proms! What have you got in store for us?

The Family Prom is always great fun, and for the players in the orchestra a happy occasion with which to end our season before our summer break. We’re going to be joined by the popular BBC weather presenters Derek Brockway and Behnaz Akhgar for a weather-themed programme including Mussorgsky’s A Night on the Bare Mountain, a selection from the hugely popular Disney animation Frozen, Johann Strauss’s Thunder & Lightning Polka and a piece particularly appropriate for the last week or so, the overture of Land of the Mountain and the Flood by Scottish composer Hamish MacCunn with its very famous and beloved main theme. The Family prom will have plenty of audience participation and a chance to sing along too!

I know you’ve got an exciting new season coming up too including the 25th anniversary of A Night at the Movies! Can you reveal all yet?

25 years of A Night at the Movies will be performed in December and it’ll be a chance to perform a number of favourites from the many, many movie titles we’ve performed including Star Wars, Casablanca, Ben-Hur, The Jungle Book, Pirates of the Caribbean, 633 Squadron and much, much more! 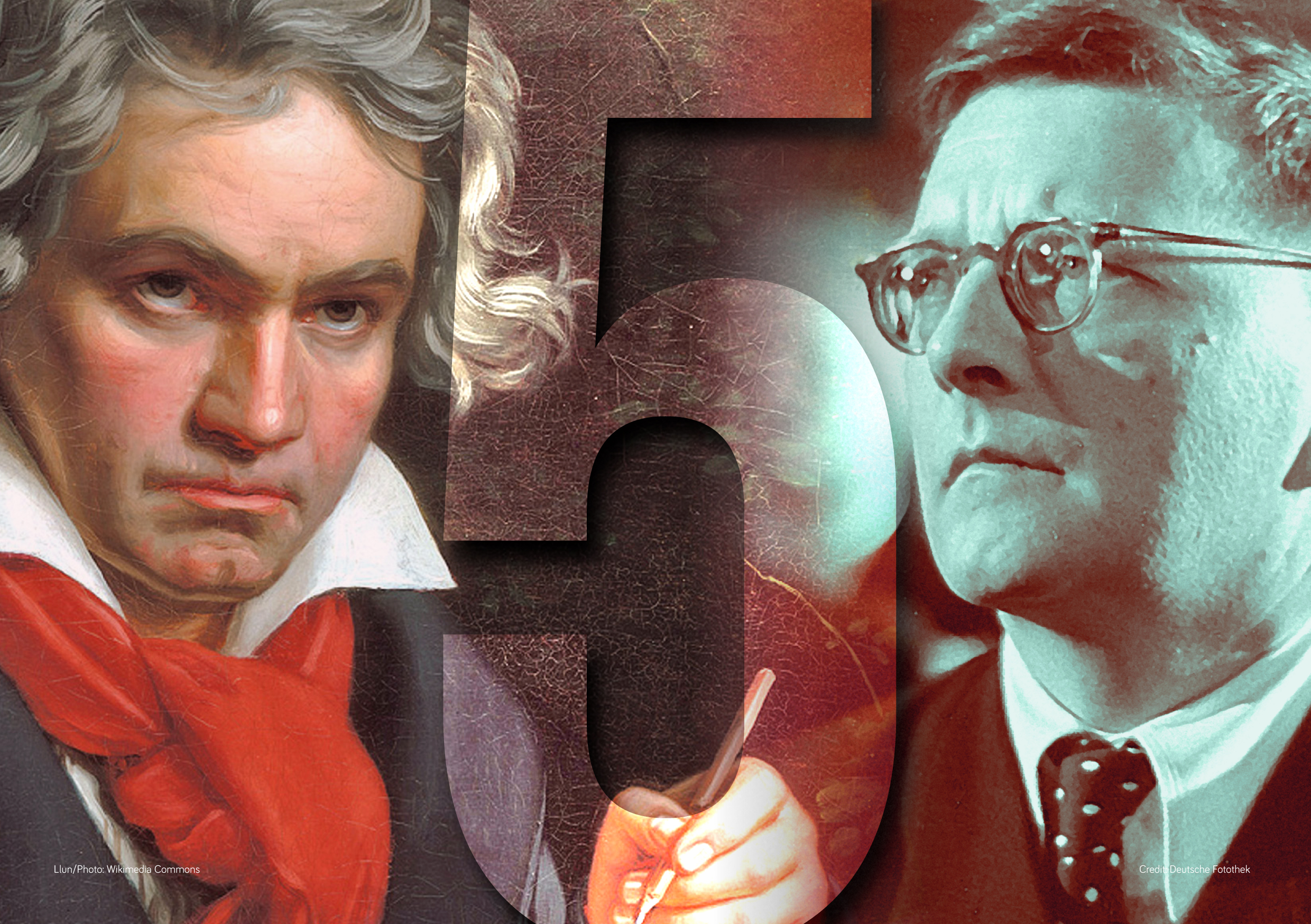 CARDIFF PHILHARMONIC ORCHESTRA close their 2018/19 season in style at St David’s Hall with Beethoven & Shostakovich: The Power of Music on Saturday 29 June.

This captivating concert opens with Elgar’s exuberant Cockaigne Overture with its pomp pageantry setting the scene for a CPO summer spectacular. Then there’s a pair of Famous Fives starting with Beethoven’s Piano Concerto No 5 ‘Emperor’ featuring sensational soloist Giuseppe Guarrera before an epic finale of Shostakovich’s Symphony No 5.

Then there’s a pair of Famous Fives starting with Beethoven’s Piano Concerto No 5 ‘Emperor’ featuring sensational soloist Giuseppe Guarrera. This is magisterial work is Beethoven’s best-loved and most famous concerto with its slow movement of exquisite beauty. Born in Sicily in 1991, piano prodigy Giuseppe Guarrera was one of the first students of the Barenboim-Said Akademie. He recently performed to widespread acclaim with the Pierre Boulez Ensemble conducted by Daniel Barenboim in Berlin.

An epic finale is provided with Shostakovich’s Symphony No 5, which was composed in 1937 at the height of Stalin’s power. Scored for large orchestra the Fifth Symphony takes us on a rollercoaster of emotion from the hard-hitting opening and highly dramatic first movement, to a biting scherzo, and a haunting slow movement to the triumphant finale…or is it triumphant? Just one of this great work’s enigmatic secrets! 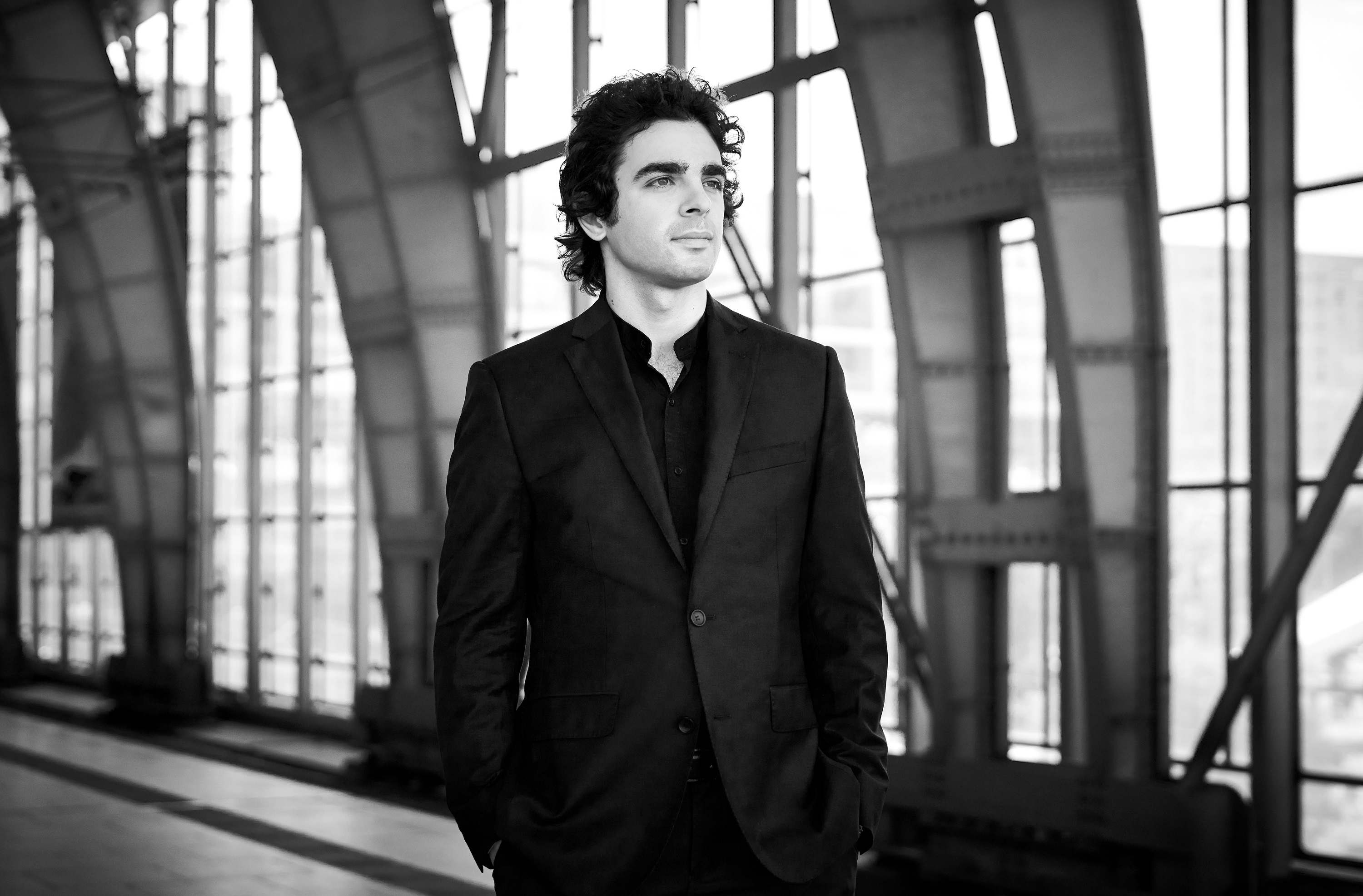