Cardiff projects awarded over £215,000 in BBC Children in Need grants 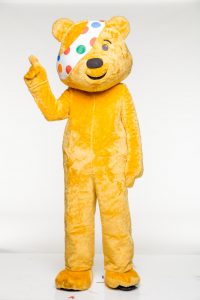 BBC Children in Need has announced that it has awarded a total of £215,628 to two local projects providing services to disadvantaged children and young people. The charity currently funds 22 projects across Cardiff, with over £1.3m invested locally.

The newly awarded grants come as BBC Children in Need celebrates its fundraising total for the 2017 Appeal: £60.7 million.  Highlights from the 2017 Appeal include BBC Radio 2’s amazing fundraising efforts spearheaded by Chris Evans’ Breakfast Show which saw millions raised through CarFest and the Breakfast Show’s incredible auctions, Countryfile’s 2017 calendar and Ramble weekends, The One Show’s Rickshaw Challenge and a BBC Children in Need Rocks the 80’s concert. BBC TV and radio stations across the Nations and Regions threw themselves into fundraising whilst the charity’s corporate partners, including Asda and Boots UK, once again galvanised customers and staff to support Pudsey. And of course, hundreds and thousands of people across the UK came together to support the charity in many different ways, including schools up and down the UK going spotty for Pudsey, and community groups such as Rotary encouraging fundraising on a local level.

Speaking of the new grants, Jemma Wray, BBC Children in Need’s National Head, Wales, said: “I am delighted that, thanks to the generosity of the British public, we now fund 168 projects across Wales which, like UCAN Productions and DPIA, are working hard to ensure children and young people facing disadvantage are able to reach their full potential.”

Speaking of the total, Simon Antrobus, Chief Executive of BBC Children in Need, said: “People across the UK should be feeling incredibly proud.  It is hard to put into words what an enormous impact this money will have on the lives of disadvantaged children and young people across the UK who need it most. To our fantastic supporters who made this possible, and who once again went above and beyond to make a difference: thank you, we couldn’t have done it without you.”

BBC Children in Need awards grants at seven points during the year and funds two types of grants, both of which are open to new or existing applicants. A Main Grants Programme is for grants over £10,000 per year to support projects for up to three years. Meanwhile, BBC Children in Need’s Small Grants Programme supports projects for up to three years, and includes grants up to and including £10,000 per year. Both of these programmes are currently open to applications.

Alongside the main and small grants programmes, BBC Children in Need are continuing to develop Curiosity – a partnership with Wellcome – which awards grants to organisations using inspiring science activities to create change for disadvantaged children and young people. 32 organisations have already been funded by the Curiosity programme and more information will be available this summer about further funding opportunities.

To find out more about any of BBC Children in Need’s grant programmes or for information on how to apply for funding visit bbc.co.uk/pudsey/grants.

BBC Children in Need relies on the generosity and creativity of the thousands of supporters and fundraisers who raise millions of pounds for the charity every year. To date the UK public has raised over £972 million for children and young people facing disadvantage across the UK.