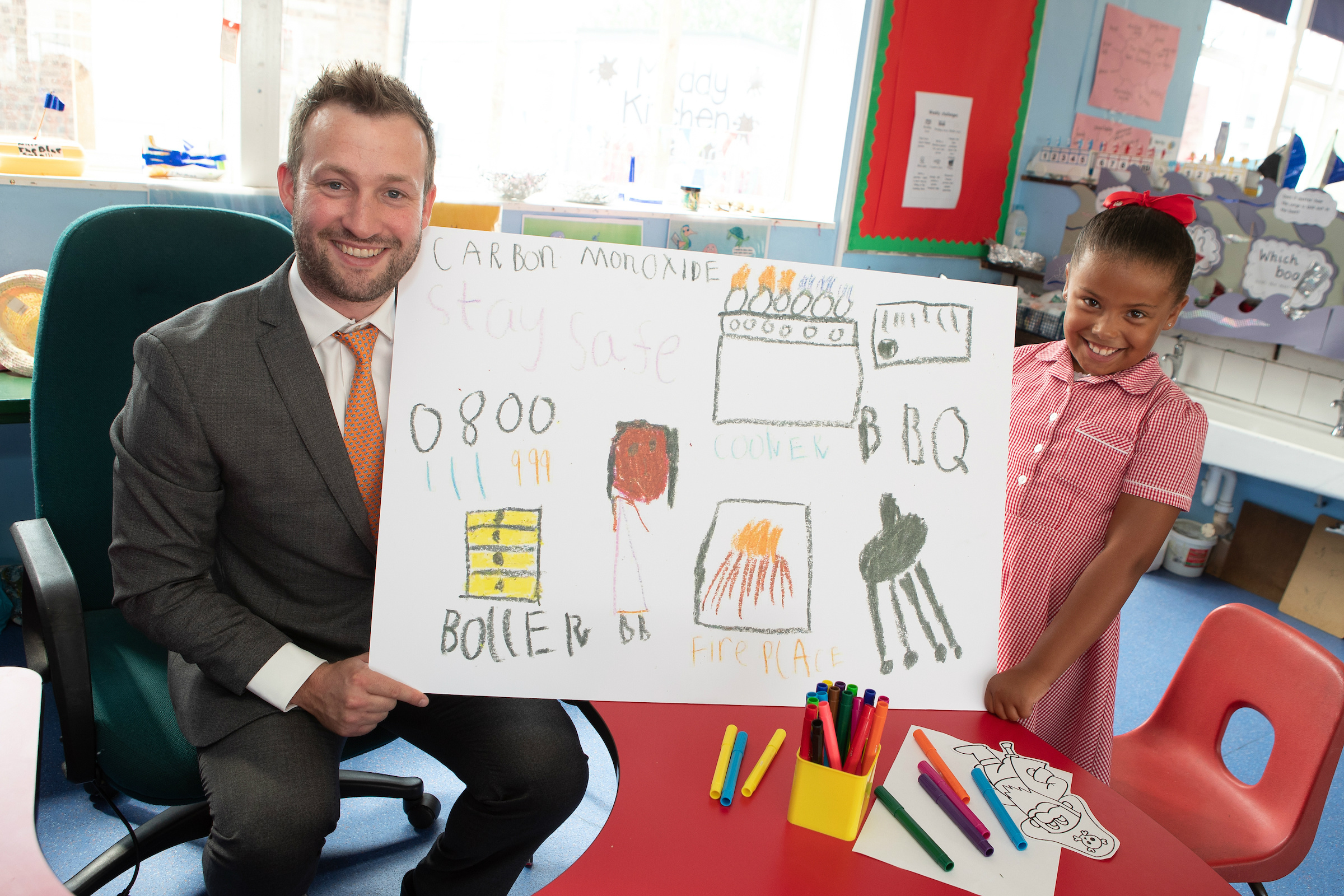 Trowbridge’s Willow Jones-Cadette has scooped a top regional prize in a national safety competition beating off more than a thousand entrants from across the UK.

Willow, 7 who attends St John Lloyd Roman Catholic Primary School, won the Key Stage 1 Welsh entry of the ‘Get Creative, Be Safe’ competition which invited school-age children to produce something creative to warn of the dangers of carbon monoxide (CO) poisoning. She picked up her prize of £150 cash for herself and £300 for her school at an event at the House of Commons.

The safety competition, which was launched at the beginning of the school year by TV and CBeebies presenter Rebecca Keatley, invited children aged 5 to 11 to produce an eye-catching poster, poem or entry in another medium which was both informative and accurate and raised awareness of the dangers of CO poisoning and how to avoid them. The competition is supported by all UK gas networks, including Wales & West Utilities.

“As a class we enjoyed taking part in the competition. Not only did we learn about the serious dangers carbon monoxide presents and the steps to take to eliminate them, but pupils were able to put their creativity to great use.

“Willow’s poster entry was fantastic and we are all very proud of her in winning such an accolade. Going to the House of Commons was a great experience and it was wonderful to celebrate Willow and all the other regional winners.”

Stephen Doughty, Welsh Labour/Coop MP for Cardiff South and Penarth, went along to the event at the House of Commons to congratulate Willow. He said:

“From everyone in my constituency I want to say well done to Willow! Her poster is really eye-catching she has done a great job in highlighting the dangers of carbon monoxide in a simple way.”

“Willow has done a grand job with her entry to the competition and should feel incredibly proud.

“The competition was a huge success this year and we hope that everyone taking part has been able to help spread the vital gas safety messages to their friends and loved ones.”

This summer Wales & West Utilities want your views on the future of your gas network and the services they provide. Go to PipeUpOnline.co.uk to let them know what you think today and be in with a chance to win a £100 Amazon.co.uk Gift Card.