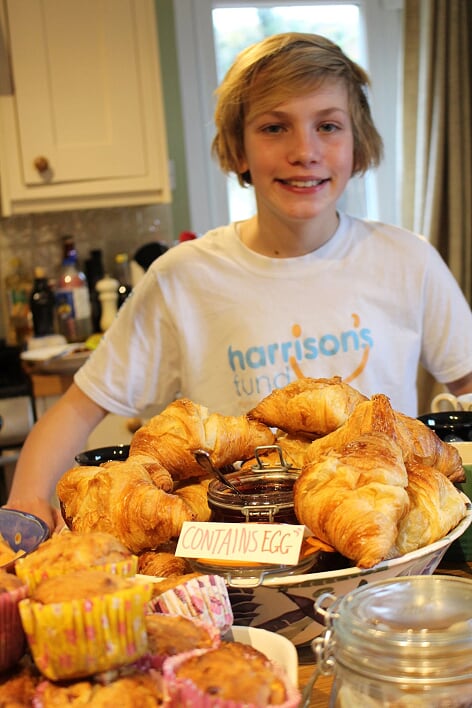 A school girl from Cardiff has raised money for a charity that funds research into a life-limiting condition.

Rowan Bailey-Lear, aged 10 from Morganstown has raised £130 for Harrison’s Fund which is based in Surrey.

Carrie Lear, Rowan’s mum said: “My best friend was at school with a girl whose daughter was in Harrison’s class in primary school. She shared a post about Harrison’s Fund, and I thought it looked like an excellent charity to support.  Rowan loves science, and so she loves the fact that the charity directly supports scientific research to find a cure for Duchenne.”

Harrison’s Fund was set up in 2012 and funds research into Duchenne – a rare genetic condition which affects all the muscles in the body, causing them to waste away.  Harrison’s Fund’s goal is to get as much money as possible into the hands of the world’s best researchers, who are working to find a cure for Duchenne. The charity is currently funding 16 research projects in the US and the UK.

Rowan added: “I wanted something to work on and organise over the October half term holiday and I really liked the idea of hosting a brunch as it meant I would get to see some of my friends. My favourite part of the day was making fresh coffee and toasting the bagels. I hope my money raised helps find a cure for Duchenne and I can’t wait to plan my next event.”

Not only did Rowan host the brunch but she also spent the whole day before making apple muffins, banana bread, and granola. She also made the Harrison’s Fund bunting herself, and even made a food-related Spotify playlist – everything from Bread of Heaven to Strawberry Fields for the event.

Luci Roberts, campaigns executive at Harrison’s Fund said: “We are so grateful to Rowan for creating her own Harrison’s Brunch. She took her inspiration from our annual campaign that runs each June to raise much needed funds for the charity. Rowan worked so hard on the event and it really showed – the amount raised was just brilliant. If anyone else is keen to take part in Harrison’s Brunch next year just keep an eye on the website as we will be launching in the New Year.”

This was Rowan’s second fundraiser for the charity as earlier in the year she grew her own herbs and sold them in decorated envelopes to her teachers.