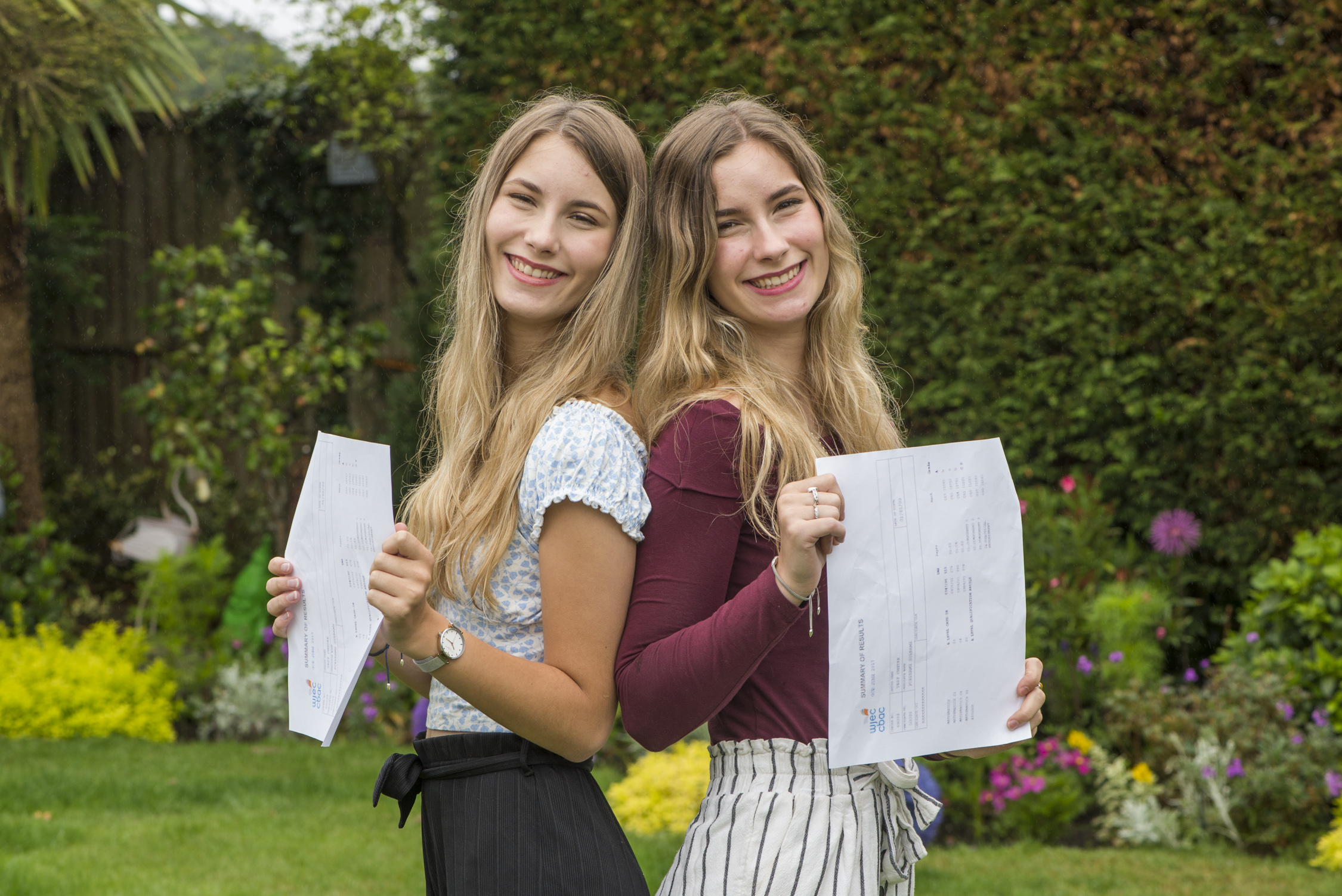 Twins, Arianne and Enyala Banks (18) from Cardiff, are celebrating today as they both win places at Oxford University.

The girls, who are students at Cardiff Sixth Form College, have however chosen very different courses to study.  Arianne who gained A* in French, A* in Politics, A* in History and A* in Biology is off to study Law with French Law at Mansfield College and Enyala who gained A* in Maths, A* in Physics, A* in Chemistry and A* in History has a place to study Materials Science at Queen’s College.

As well as top academic students, Arianne has been part of the Welsh Debating Team and travelled to India and Thailand last year to represent Wales in the World Schools Debating Championships.  Enyala won a Gold Crest Award in the Engineering Education Scheme Wales, played the leading role of Kenickie in the school production of Grease and is a keen pianist.  Both girls are also members of Welsh National Youth Opera.

Said Arianne: “I am so interested in how the legal world is changing and in particular looking at which laws we maintain and which we change coming out of the EU.  Coupling law with French means that I can look at the international side of law and I am very much looking forward to learning more about both the British and French legal systems.  It is also very attractive to me to think about what the law should be from a moral perspective rather than just its application.”

Enyala by contrast was less sure of the direction she was going to take until she attended an Oxbridge conference in Swansea.  “This was the first time I was introduced to material science” said Enyala.  “I really liked the structure of Oxford’s course and the mixture of physics, chemistry and maths in the subject – it is very broad and follows on well from my EQP in nuclear energy.”

Both girls joined top school Cardiff Sixth Form College on a 100% scholarship from their local state school where they achieved 14 A*s each at GCSE.  They found it very easy to make friends and have been inspired by learning with students from all around the world.

“Changing schools has been a really good preparation for university life” said Enyala “and it has certainly made me more independent and aware of the world.  When I joined Cardiff Sixth Form I signed up for everything and particularly enjoyed playing music with some exceptionally talented musicians, taking part in badminton tournaments and performing in the drama productions.  For the first time Arianne and I have made separate friends, perhaps because we chose such different subjects.  As twins this is quite unusual as we are very alike in many ways but also have very different sides to our personalities.”

Added Arianne: “The people were the best part of my school experience and everyone was really willing to learn and it was very easy to make friends.  I felt welcome very quickly and the teachers were really inspiring.  We are used to answering to each other’s names so it was refreshing to actually have our own space and to realise that as well as being similar we also had room to develop very different talents.”

The girls have also been busy during lockdown where they recorded a song and have learnt how to cook in readiness for university.  Enyala has been teaching herself the guitar and Arianne has started to learn Spanish.

Principal of Cardiff Sixth Form College, Gareth Collier said: “I am absolutely delighted that Enyala and Arianne have achieved places at Oxford as they will add so much to the community.  Both the girls have really inputted into life here at Cardiff Sixth Form College with Arianne developing her leadership skills as a Prefect and Enyala bringing a real sense of humour into her science lessons.  I am very much looking forward to seeing how they develop and will certainly be inviting them back to share their experiences, which no doubt will be very different, with future students at the school.”