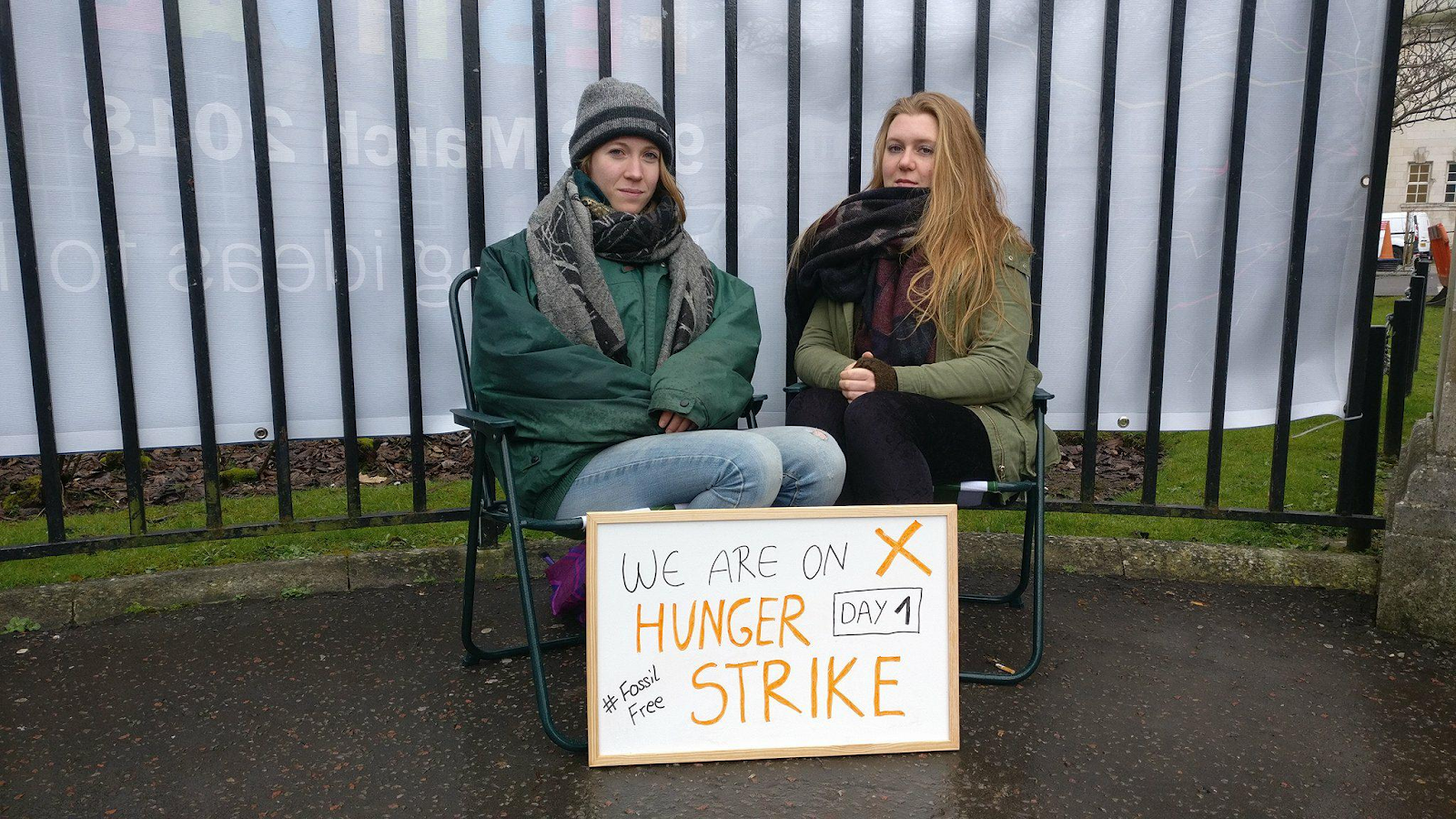 This latest action is a follow-up to the sit-in outside the vice-chancellor’s office on 21st February, and the spray chalking action at the entrance hall of the main building on 6th March, as part of their campaign escalation. After their most recent action, they were invited to meetings with the University’s Vice-Chancellor, Deputy Vice-Chancellor and Head of Governance Services to discuss their demands.

Cardiff University currently holds £10m of investments in four companies involved in fossil fuel extraction (Royal Dutch Shell, BP, Rio Tinto, BHP Billiton), which represents 4.5% of their total investment portfolio. Cardiff People & Planet has been campaigning for over three years for the university to divest by collecting almost 1,300 student and 100 faculty signatures and organising creative actions. Cardiff Students’ Union supports the campaign after a motion was passed by an overwhelming majority at its AGM in 2015.

Recently, the Finance and Banking Committee has recommended the university to stop investing in companies that generate more than 10% of their revenues from coal and tar sands. However, none of the companies that the university invests in fall into this category. This act has been condemned by 143 Cardiff University professors in a letter to the Uni’s Vice-Chancellor.

Lucy, one of the campaigners, on her decision to hunger strike, said, “I am going on hunger strike because this is what it apparently takes to encourage Cardiff University to meet our urgent demands.”

She further adds, “Despite the overwhelming majority of students voting in favour of divestment at the SU AGM and almost 1,200 petition signatures of CU staff and students, decisions on this matter have been made behind closed doors with hardly any participation of the university body for the past three years. With only 9 days left until the final decision on divestment is being made, we want to make sure that our voices can no longer be ignored by the decision makers of CU. Our hunger strike aims to demonstrate the urgency of immediate climate action, with fossil fuel divestment as a first step. It is a basic demand that has been discounted by Cardiff University for too long.”

Chris Saltmarsh, Fossil Free Campaigns Co-ordinator at People & Planet, comments “It is disgraceful that Cardiff University refuses to fully divest from fossil fuels, forcing their own students to take such drastic action in their campaign for such a basic and politically mainstream commitment. Divestment is essential to building strong foundations for climate action urgently needed as impacted communities around the world are already experiencing the worst injustices of climate crisis from flooding to drought to displacement.”

Benjamin Smith, the Deputy Leader of the Welsh Green Party, comments “Groups of young people are often underrepresented in the media, so to see a group of students campaign tirelessly and endlessly for such a good cause is great to see. Ending the burning of fossil fuels across the world is something I and many other young people support. These young people are an excellent example of how we all should be acting in the face of our current environmental situation. So we as a Green Party, wholeheartedly support their call for renewable and cleaner energy.”
The council of Cardiff University will make their final decision regarding divestment on the the 20th of March. They could follow the example of a growing number of universities, such as University of Edinburgh, who recently committed to full divestment from all fossil fuels. The campaigners will continue their peaceful campaign until the University publishes an official statement on the 20th March which supports a full divestment within the next three years to be reconsidered by the Investment and Banking Committee. 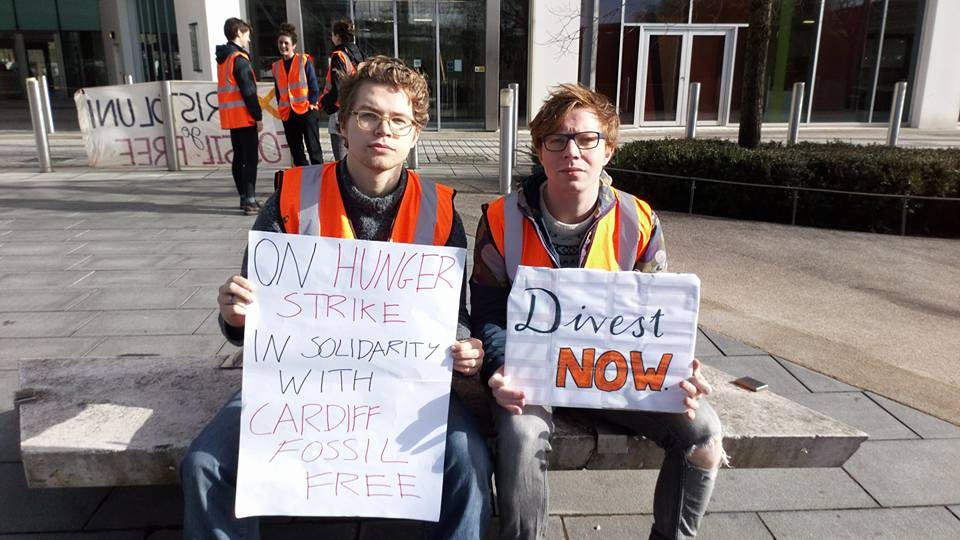