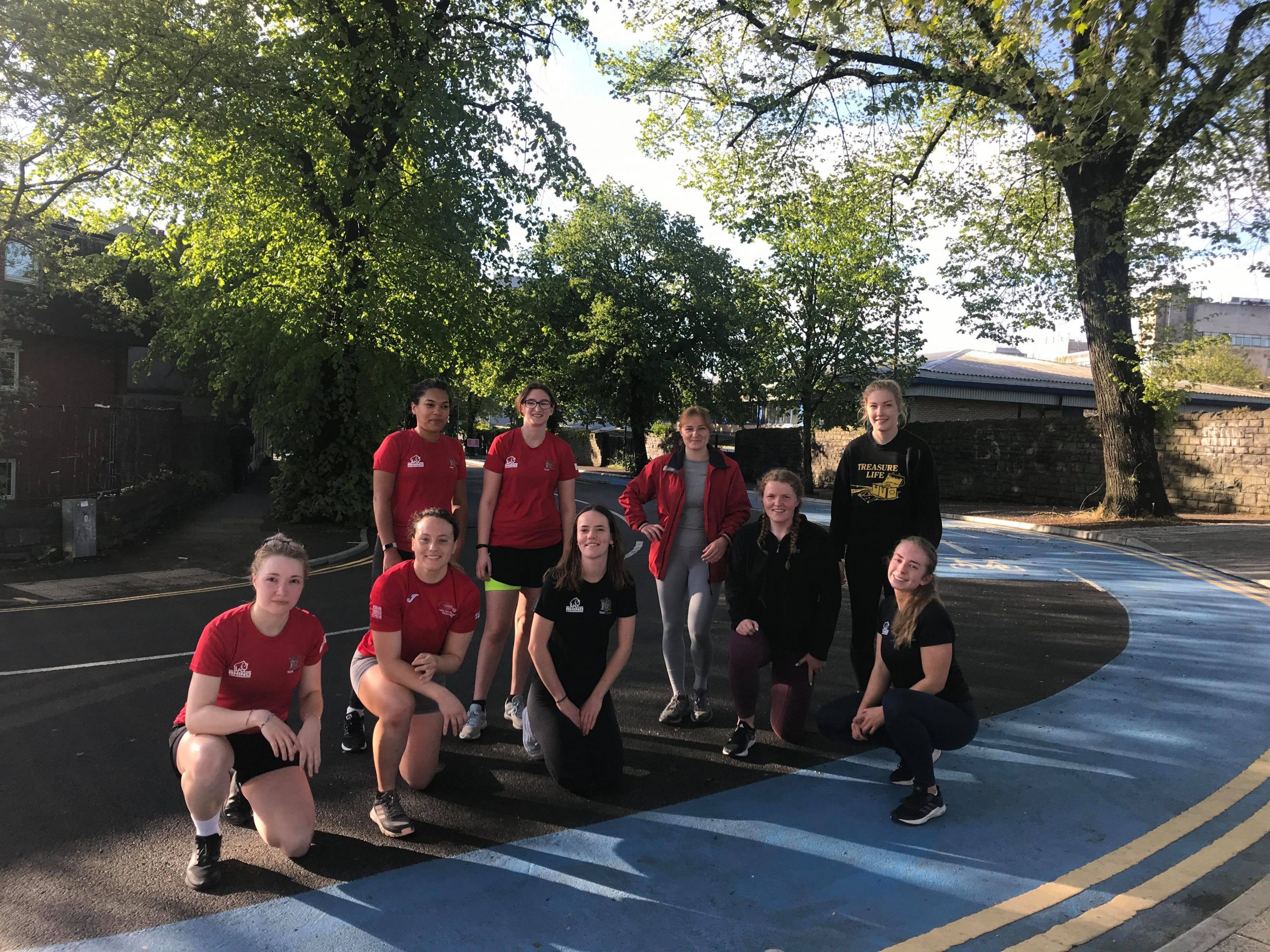 The Cardiff University Women’s Rugby Club completed a challenge of running 2k every hour for 24 hours to raise £2,022 for charity Parkinson’s UK.

The group runners who live in Cardiff, attend Cardiff University and are currently taking their exams, took on the challenge on Sunday 16 May. Many of the players have been impacted by Parkinson’s in one way or another and were inspired to take on the challenge.

Parkinson’s is the fastest growing neurological condition in the world, and currently there is no cure. It affects around 145,000 people in the UK, including 7,600 in Wales. There are over 40 symptoms, from tremor and pain to anxiety.

“It’s a cause close to the hearts of many of our team members and my girlfriend’s father has Parkinson’s so it’s a personal charity for us. We wanted to help the family and friends of those with Parkinson’s as it’s such a difficult condition to understand.”

“I hope the money raised allows anyone affected by the condition and their families and friends to feel supported through the changing times, rather than having to deal with it alone. Also, more awareness about the condition is a good way to educate people on identifying symptoms so they can be helped as early as possible.”

“My grandpa has had Parkinson’s for quite a few years now and as I’m soon to be qualified as a physiotherapist, I think it’s so important to raise awareness of how the condition can impact people differently in unimaginable ways. I’ve seen how his personality has slowly become less prominent, how his mobility has declined and how my Mimi (grandma) has put on a brave face. At heart, I know she struggles to see my grandpa slowly fade away. Unfortunately he lives in France but I know that a charity like Parkinson’s UK would absolutely change his world. It’s the little things like raising awareness of what Parkinson’s is and reducing the stigma around it that helps.

“I hope that our support will provide the means to educate others, spread awareness and provide meaningful support to individuals and their families. I did this because the knowledge and awareness surrounding Parkinson’s is quite low outside of healthcare settings or individuals that have been directly touched by this condition and I’ve seen first hand how hard Parkinson’s is to cope with.”

Parkinson’s UK is the largest charitable funder of Parkinson’s research in Europe, leading the way in driving better care, treatments and quality of life for those with the condition.

“We are so grateful to The Cardiff University Women’s Rugby Club for taking on this challenge for Parkinson’s UK.

“With more than 40 potential symptoms, Parkinson’s can devastate lives. We’ve made huge breakthroughs in the last 50 years, but there is still no cure and current treatments are not good enough. Fundraisers like this group help us to drive forward the groundbreaking research we need to transform the lives of people affected by the condition.”

If you would like to sponsor The Cardiff University Women’s Rugby Club, please visit https://gofund.me/ea6a08db